Charles Leclerc expects Ferrari to “play strategic moves” if the opportunity arises to secure a 1-2 in the British Grand Prix and keep the 2022 Formula 1 championship fight open.

Carlos Sainz landed his first series pole at Silverstone by 0.072s over defending champion Max Verstappen, who was hampered by yellow flags on his final lap.

They had been caused by third-fastest Leclerc, who spun exiting Chapel corner on his last flying run, the Bahrain and Australian GP winner having hit a patch of standing water.

Leclerc will be “very happy” if Sainz converts his advantage into a maiden F1 victory, although the Monegasque reckoned the team landing a 1-2 was the priority.

He therefore implied the Ferrari pit wall might intervene with “strategic moves”.

Leclerc, who “didn’t deserve to be on pole” as a result of his mistake, said: "Of course, I'll be very happy if Carlos wins the race.

“But I'm not going to hide that I want to win too. I think what is most important is that we finish 1-2, whatever way around it is.

“If we can play strategic moves in between the cars, I'm pretty sure that we will. I feel confident with the car, so let’s wait and see.” 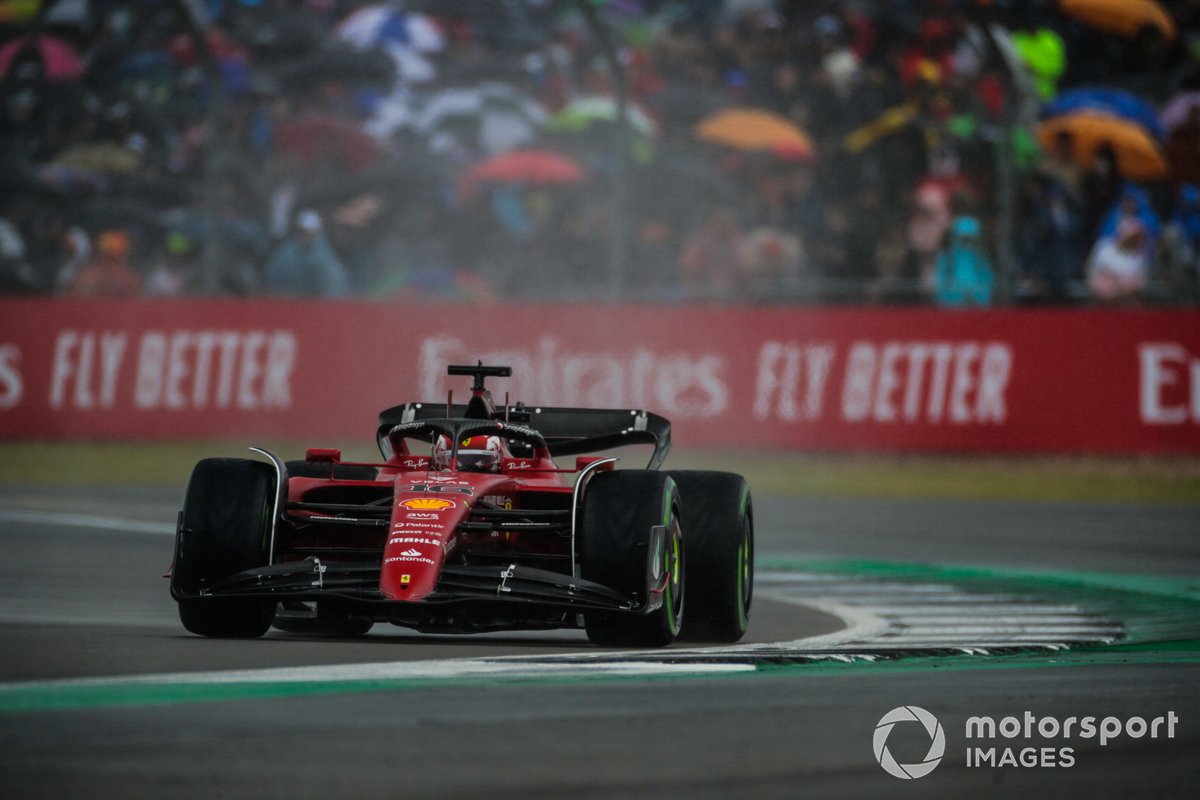 Sainz heads into the race seeking a return to the car balance he enjoyed in second practice on Friday, the car having lost out through the high-speed corners during the Saturday FP3 run.

The Spaniard was surprised to land pole, partly because of an incorrect delta left him unsure of his pace in Q3, and because he had run out of battery into Stowe corner.

Sainz sided with Leclerc, acknowledging the Scuderia duo would work together to rebuff Verstappen and Red Bull stablemate Sergio Perez, who will line up fourth.

He said: “I agree. I think we will work as a team, like we’ve done all season.

“I’m pretty sure that between Charles and me, we can put up a battle with Max and obviously not forgetting about Sergio, who will be also attacking.

Ferrari team boss Mattia Binotto said despite the “great result", the race would be a “different picture” to qualifying and he had “no idea” on the optimal tyres or pitstop strategy.

Speaking to Sky, however, he said the championship was still up for grabs even though “reliability is a concern” after the Spain and Baku retirements for Leclerc, plus Red Bull heads into the race having won the most recent six rounds.

He said: “They won seven races [this season], [we] only two.

“But there are a few races where we were leading, and we had a reliability issue, so I think it could have been easy a 5-4 or a 4-5. The battle is very tight… there is still many races to do.

“Reliability is a concern for us, but it can be a concern for them as well. Each race needs to be done and finished, so we keep pushing and let's see.”