Charles Leclerc brushed off Ferrari’s tyre mix up in Spa Formula 1 qualifying after the wrong set was fitted for his first Q3 run, calling it “no big deal”.

During his opening run in the final stage of qualifying for the Belgian Grand Prix, Ferrari accidentally fitted a set of fresh soft tyres to Leclerc’s car.

The team had planned to send him out on used softs for the first run before giving him a fresh set of the red-walled compound for the final Q3 efforts.

Leclerc asked about the tyre call over the radio and was told by the team: “Sorry, that was a mistake.” He ended the session fourth overall, over eight-tenths of a second off Max Verstappen’s fastest time after not going for a second run.

“I think there was a miscommunication, it wasn't a big deal,” Leclerc said after qualifying. “But obviously I mentioned it because I was a bit surprised.

“But yeah, it doesn't change anything anyway, for the rest of the weekend.”

Asked by Motorsport.com if there was any frustration over another little mistake by Ferrari this year, Leclerc replied: “No.”

Leclerc will start the race from 16th place on the grid after serving a power unit penalty, one place behind title rival Verstappen, who is also taking a grid drop. 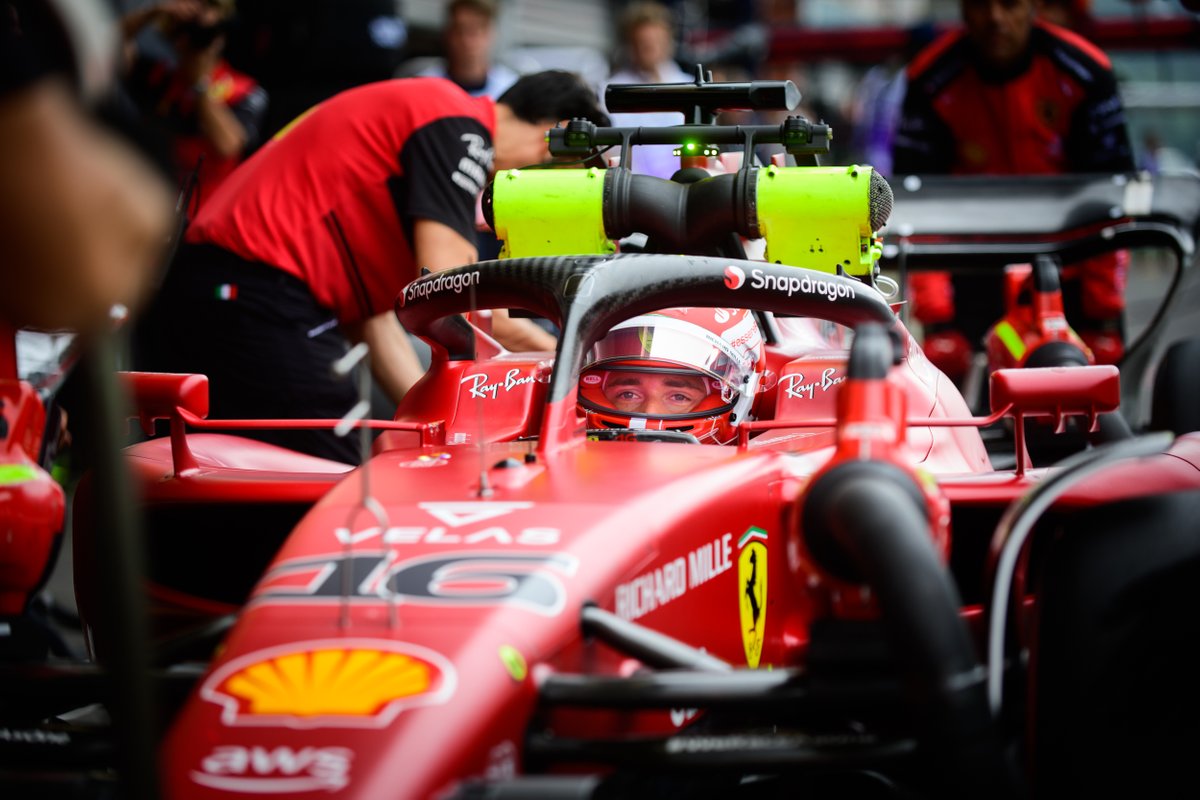 Verstappen did not complete a final run in Q3 and finished over six-tenths of a second clear of the field, pointing to his advantage at Spa.

Leclerc felt Red Bull had been “extremely strong” through the Spa weekend and that its pace was “a surprise, because I think we expected to close a little bit more the gap in qualifying.”

“They found something this weekend that is quite impressive,” Leclerc said.

“It’s a big gap. So I hope that in Zandvoort it will change. But before that we've got the race tomorrow, we seem to be a bit more competitive. Let's see how it goes.”

Verstappen has been tipped to fight back from 15th on the grid to win the race by Mercedes driver George Russell. Verstappen himself said he would be disappointed if he did not recover to finish on the podium.

“But yeah, we never know. A good first stint, a clean race and I'm sure we can get back to the front.”