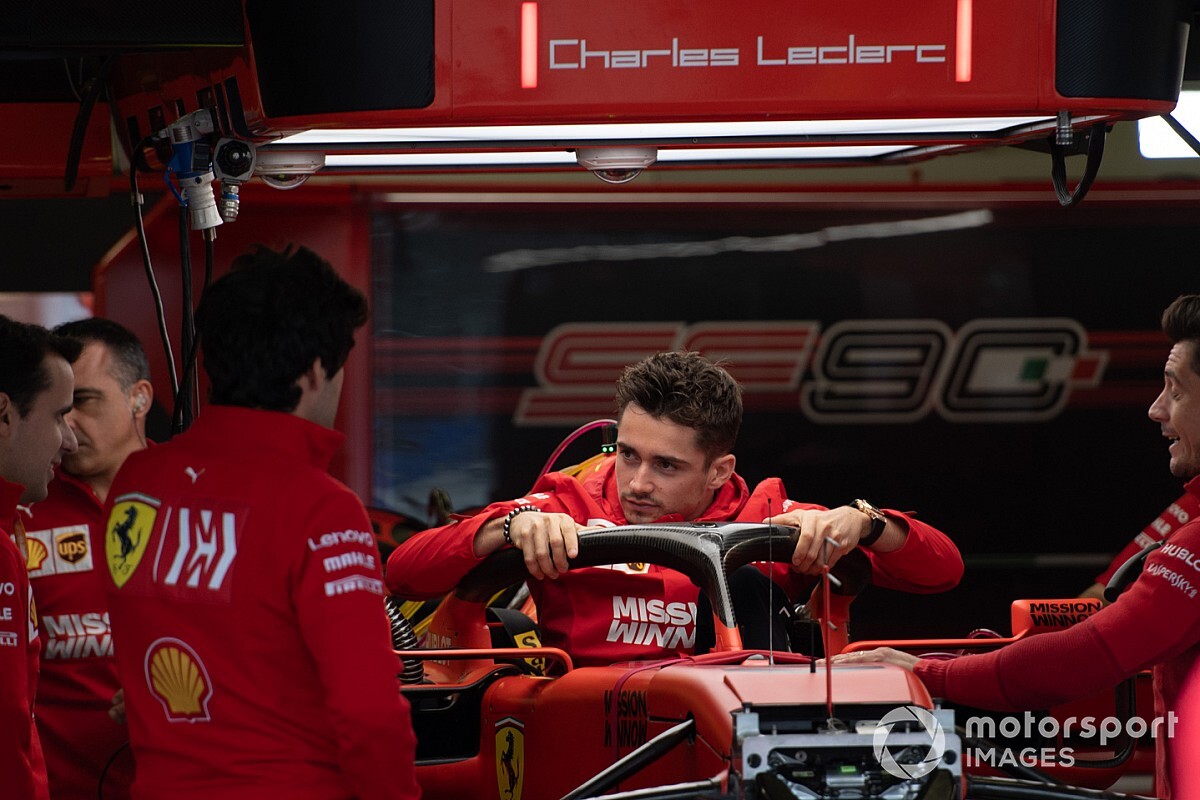 Charles Leclerc thinks questions being asked about the legality of Ferrari's engines are an attempt to "destabilise" his team, as he insists the Italian outfit is not worried about the situation.

On the back of Ferrari's current power advantage in Formula 1, Motorsport.com revealed that a number of its rivals had written to the FIA seeking clarification about the legality of some of the concepts behind its power unit.

It is understood that these related to its oil intercooler and its energy recovery system, which rivals believe are key to the gains Ferrari has made this season.

But with no official protest having been lodged, Ferrari is comfortable with where things currently stand, and Leclerc is far from concerned.

"I think any time a team is in a good moment, obviously everyone is looking at the small things to try and destabilise the team," he said. "That's not happening.

"I think we are very confident inside the team that there is no problem with that, so it doesn't affect us."

Despite having won in Mexico City for the past two years, Verstappen thinks his team will not be as strong as it was in the past – and won't be able to fight for victory even if it is comfortably fastest over a single lap.

"From the Ferrari side over the year they gained more and more power," he said. "I think it's very hard to beat that to be honest even if you have a car half a second faster it's still almost impossible to beat them in qualifying.

Asked if he knew where that power leap had come from, Verstappen said: "No otherwise of course we would have implemented that in our engine. We keep pushing from our side to try and gain more power but the deficit is really big.

"I think when we look to Mercedes and Renault I think we are looking strong, we are not really lacking that much. Of course Mercedes normally run more downforce than us but we are close to them, so I guess that's already a good achievement."

Hamilton has "no interest whatsoever" in Formula E