The team announced recently that current incumbent Mattia Binotto has resigned and will leave at the end of December, with his replacement yet to be confirmed.

Alfa Romeo boss Fred Vasseur, who has worked extensively with Leclerc in the past at both ART and Sauber, is widely regarded as a favourite to get the job.

"Mattia called me to announce that he would stop,” said Leclerc. “I respect his decision. And I can only thank him. Obviously he has believed in me right from the start, he extended me with a very, very long contract.

"And before being team principal, he was also inside the Scuderia for many, many years and he has contributed to the success that the team had in the past years.

“So I wish him the best. And obviously now it's up to us to focus on the future, and try and take the right choices in order to be a bit more of a challenge to Red Bull next year.” 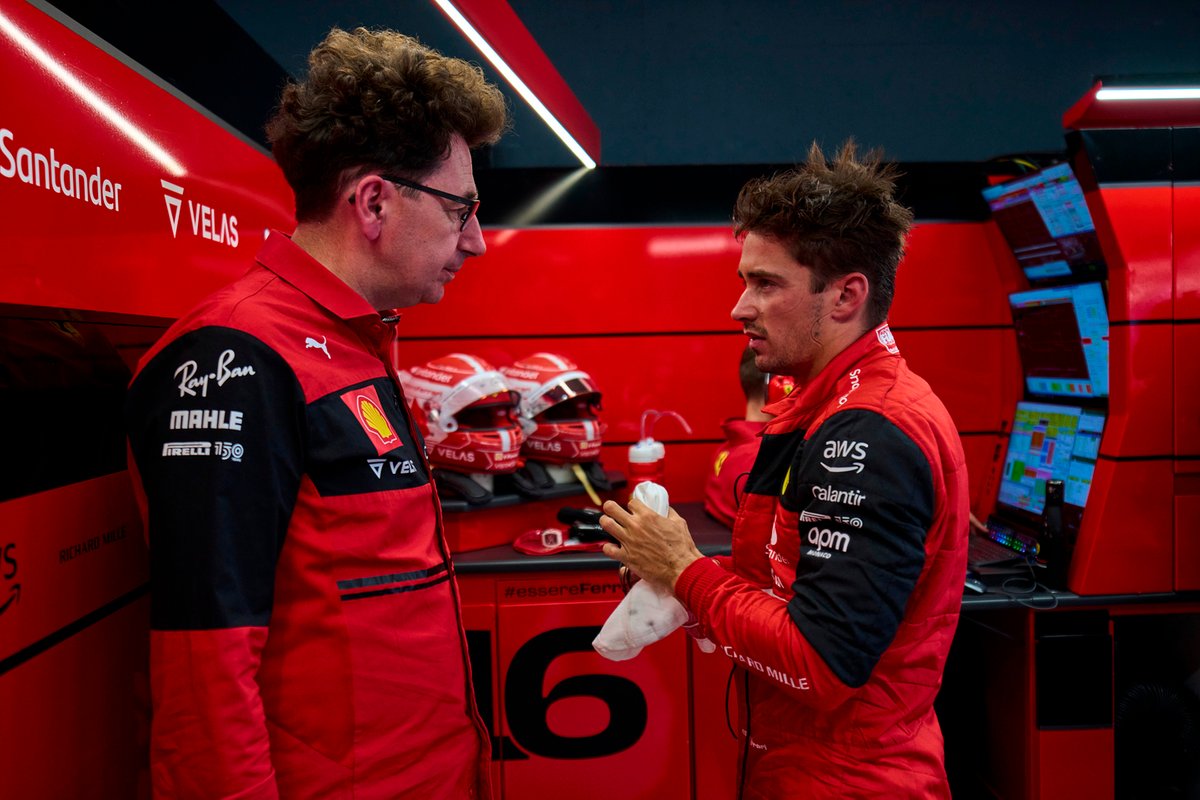 Leclerc downplayed the suggestion that a change of boss could be disruptive because of a change of approach.

"To be honest, I don't know because from my own experience, I've never had a team principal change when I was racing for the same team," he said. "It will probably require a little bit of time for the team principal to get at ease with the system, and with Ferrari, because it's obviously a huge team.

“But I believe that if it's done the right way, I don't think we will suffer any of it on the track. So I am pretty sure it will be a smooth transition."

Leclerc stressed that he will not have any input into who might replace Binotto, noting that the decision would be made by Ferrari chairman John Elkann and CEO Benedetto Vigna.

"I won't comment that,” he said when asked if he had a personal preference. “And obviously it's also not my decision, John and Benedetto are going to take the decision.

“And we are just trying to focus on our job in the simulator, with the team, in order to have the best race car possible for next year. But the decision will be done by them."

However, when asked if Vasseur would be a good fit, he made it clear that he has a good relationship with his former boss.

"I mean, Ferrari is a very different team to any other teams. I can only comment on my experience with Fred which obviously has been good.

"I've been working with Fred already from the junior categories, where he has believed in me, and then we've always had a good relationship.

“But apart from that, obviously this shouldn't influence any of the decisions. He has always been very straightforward, very honest. And this is something that I liked from Fred.

“Whether it will be him or not, I don't know. And we'll see hopefully in the in the next few months."