Lauda: Rosberg more upset for "screwing up" than Turn 1 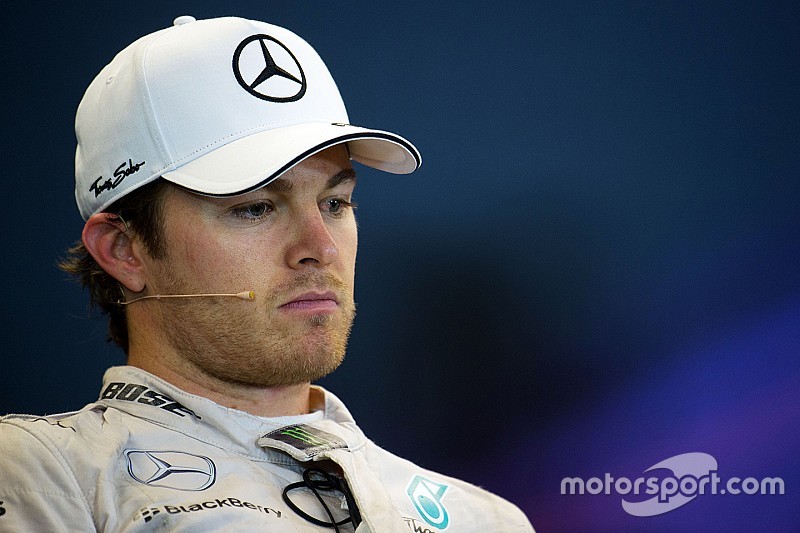 Niki Lauda thinks Nico Rosberg was more upset for having "screwed up" the chance to delay Lewis Hamilton's title celebrations at the United States Grand Prix, than what happened at the first corner.

Rosberg was fuming after the Austin race, and theatrically threw his second place cap back at Hamilton in the podium waiting room.

Mercedes non-executive chairman Lauda says he fully understands why Rosberg was so annoyed – but thinks it was more down to not being able to spoil Hamilton's party.

“This weekend is the worst for Nico because he had it in his hands to win the race and screwed it up himself,” explained Lauda.

“If you do this as a driver after an incident in the first corner – and the team mate gets the world championship, it's the worst thing.

“He will suffer for two days but then I will build him up again. You need to think about what happened, talk to yourself and say, 'why the fuck did you go off at the wrong moment?' Then finish it, go to Mexico and start from scratch.”

Although Rosberg knew his world championship hopes were very slim, Lauda thinks the German would have got some satisfaction from having delivered a win that stopped Hamilton clinching it just yet.

Lauda recalls his own efforts at the Dutch Grand Prix in 1985, where his victory over Alain Prost meant his French team-mate had to wait to secure the crown.

“I’ve been a couple of times angry with myself for screwing up,” he explained. “It happens and drivers make mistakes.

“But he could not have won the championship anyway. He only could have delayed Lewis’ championship.

“I delayed Prost’s championship at Zandvoort in 1985 - just to say, 'fuck you, guy'. So I know what it means to have lost anyway.

“But you want to give the last message saying 'take that'. Nico today missed that chance, so that’s why he’s angry.”

Lauda also echoed comments from Mercedes boss Toto Wolff that Hamilton would be taken aside for talks about his aggressive driving at Turn 1 against Rosberg.

“The first turn was harsh,” said Lauda. “Nico is upset. I understand. But afterwards he had everything back under control. Then he made the mistake.

“But I will tell Lewis the first turn was too hard. He hit him and that was not necessary. He needs a little talking with but otherwise he did an incredible job.”

Ferrari: We are an F1 team, not a circus act