Nicholas Latifi has apologised for his Abu Dhabi GP crash that sparked a late safety car period, saying it was never his intention to inadvertently influence the Formula 1 title battle.

Williams driver Latifi crashed into the wall at Turn 14 with six laps remaining at the Yas Marina Circuit, resulting in a safety car that would help decide the championship.

Lewis Hamilton had been more than 11 seconds clear of title rival Max Verstappen, and was poised to win a record eighth title, only for the safety car to wipe away his lead.

Race director Michael Masi opted to resume the race with one lap remaining, during which Verstappen passed Hamilton to win both the race and the championship.

Latifi explained that he had been battling with Haas driver Mick Schumacher throughout the lap he crashed, and had dirty tyres after being run off the road at Turn 9.

“We were just really struggling for grip through the next sequence of corners, and especially where I ended up going off,” Latifi said. “It’s been a tricky corner all weekend for me, so dirty tyres, dirty air and I made a mistake.

“I wasn’t aware of the situation of the race up until then. Obviously it was never my intention to inadvertently influence that, but I made a mistake and ruined my own race.” 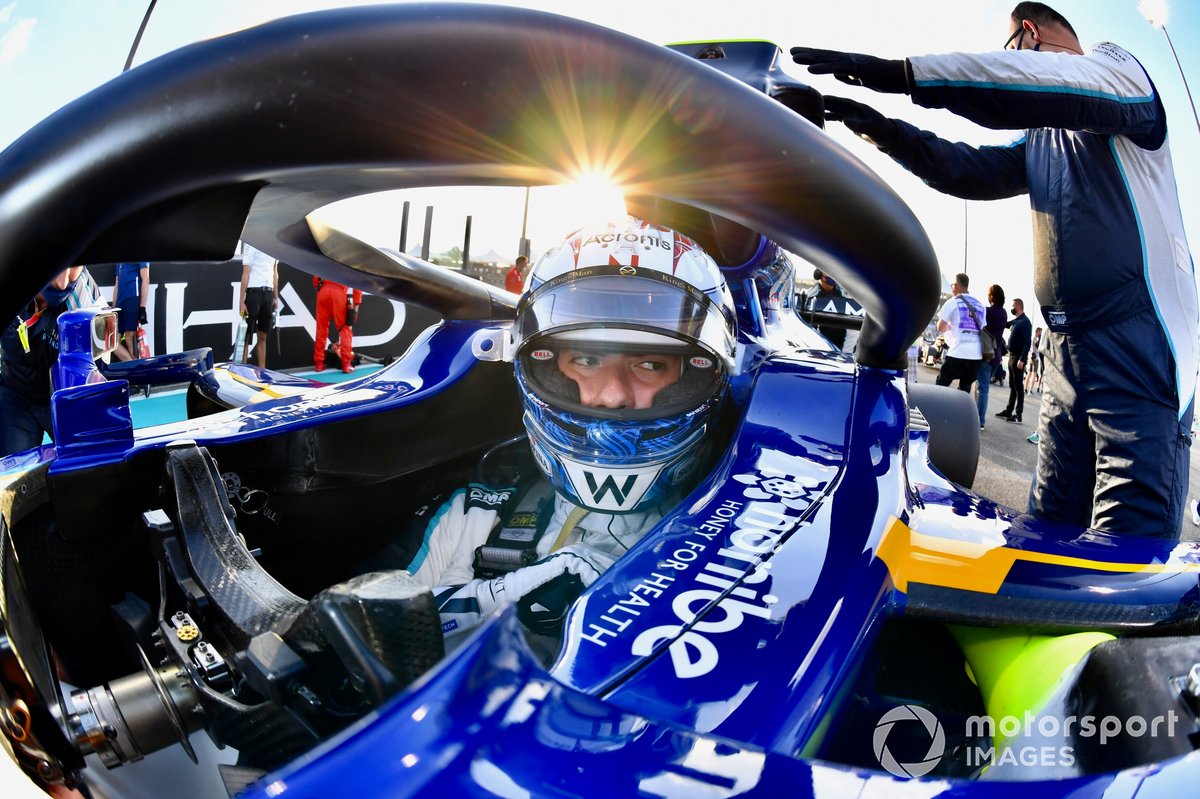 Comparisons have been drawn between Latifi and Timo Glock, who played a decisive role in the outcome of the 2008 championship when his decision to stay out on dry tyres in wet conditions led to him being overtaken by Hamilton on the final lap.

“It was never my intention and I can only apologise for influencing and creating an opportunity,” Latifi said. "But again, I made a mistake.”

The decision to restart with one lap remaining has been a point of controversy following the race after Mercedes opted to lodge a protest with the stewards.

Mercedes claimed that Masi had not followed the sporting regulations by resuming when he did, and requested the results be put back to the end of the penultimate lap, which would have seen Hamilton be crowned champion.

But the stewards dismissed this protest, with Masi arguing that teams have long agreed that it is preferred to finish races under green flag conditions and not behind the safety car.

Mercedes had lodged its intention to appeal the ruling with the FIA, but has until Thursday night to formalise the appeal.