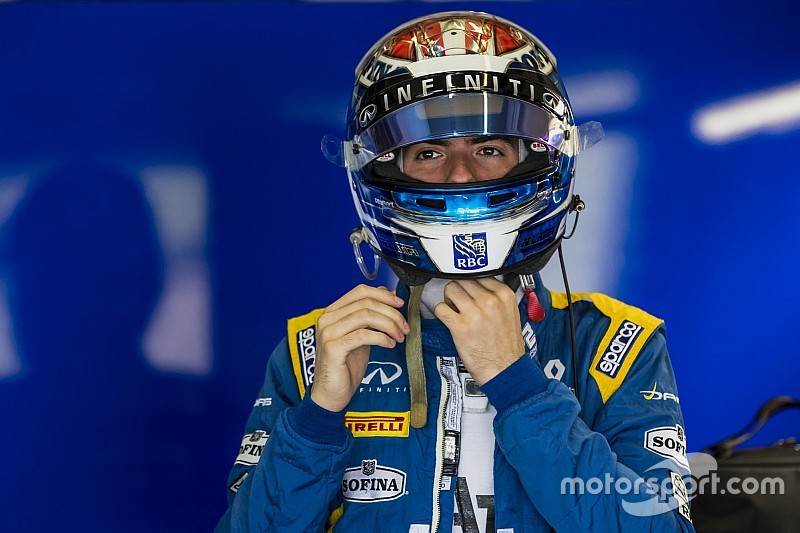 Force India has named Nicholas Latifi as its reserve and test driver for the 2018 Formula 1 season.

The 22-year-old will take part in young driver test sessions and "a number of Friday practice sessions" as part of the role.

Latifi finished fifth in last season's Formula 2 championship and held the role of test driver for Renault in 2016.

"Nicholas joins us off the back of a strong season in F2 and strengthens our driver development programme," said Force India team boss Vijay Mallya.

"He will support our simulator programme and work with the team during a number of Friday practice sessions next year.

"We have a long track record of bringing on young talented drivers and Nicholas will learn a huge amount as he gets embedded in the team, and looks forward to a career in Formula 1."

Latifi added: "Sahara Force India is a team that has shown constant improvement for the last few years and I'm proud to become a part of one of the success stories of Formula 1.

"I am eager to show the team what I can do and help them as they continue to close the gap to the front of the grid."

Force India deputy team principal Bob Fernley said late last year that Mercedes junior George Russell was in the frame for the reserve role, but that it wanted to make sure he was available "longer term".