Nicholas Latifi hopes that his top 10 qualifying performance at the Formula 1 British GP is not just a “flash”, as he admits that he has to perform consistently well.

At Silverstone the Williams driver made it out of Q2 for the first time in his F1 career, but then had an off on his first flying lap in Q3.

Due to suspected damage he subsequently didn't log a flying lap time, and thus had to settle for 10th place.

Latifi's strong performance came after he has struggled to come to terms with the FW44 this year against a background of doubts about his future at the Grove team.

The Canadian said that making Q3 was good for his confidence but conceded that he has to continue to put in good performances.

"It doesn't really give me any more let's say relief or comfort," he said. "I mean, it's naturally a confidence booster, and it is positive.

"And I know I am capable of these performances, and I could drive as quick as I need to drive to know that I deserve to be in F1 when things are going right.

"I mean, we saw that last year on many occasions and see what George [Russell] is doing this year in a much more competitive car. Things have not been going well this year, there's no secret about that. And, again, it is building some confidence. Momentum is maybe a strong word, because it's one good result.

"I don't mean Q3 every race because that's unrealistic, but a strong performance consistently is more what's needed, and not just a flash. I hope this is not a flash, we'll see after the coming sessions.

"But that's what's going to be needed. So I don't really think much relief in this result, but I obviously take a lot of satisfaction." 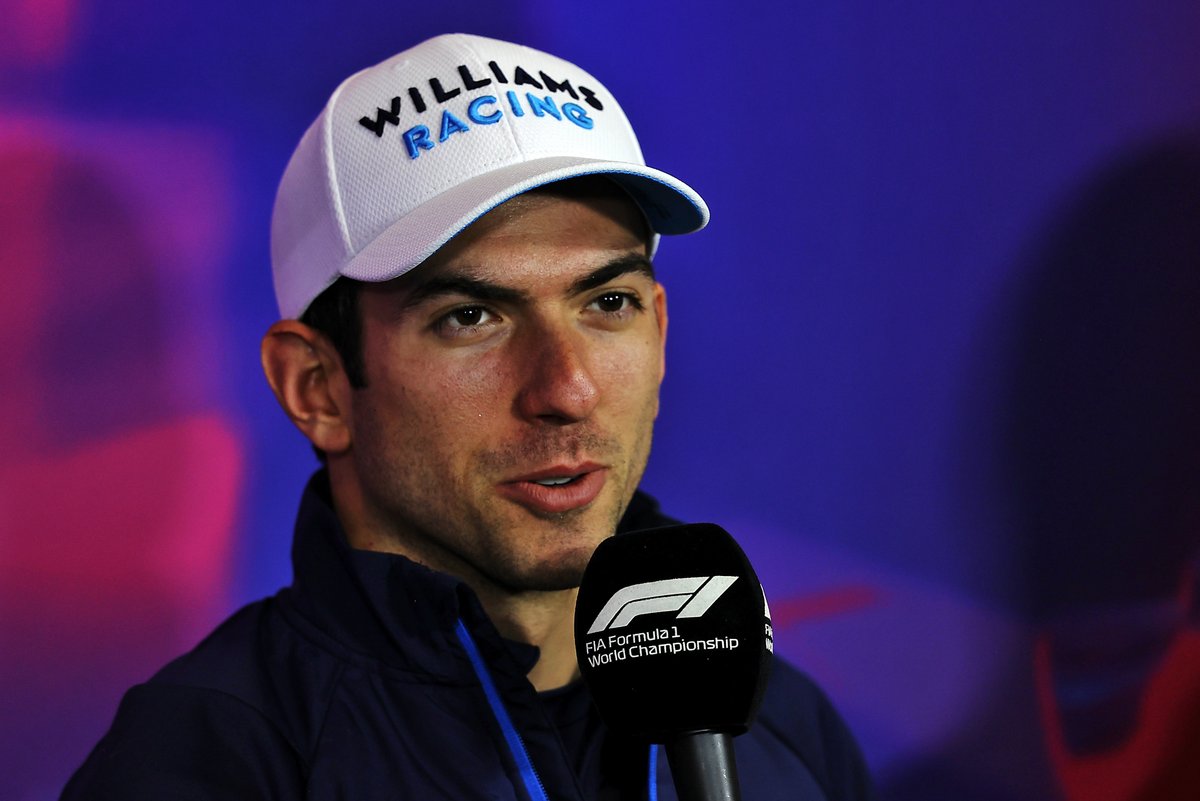 Latifi said that the wet session had worked out well and that his team had made the right calls.

"It does always feel nicer, as I'm sure George could attest to last year as well, when you know you're doing it in a car that really shouldn't be there. And you do hope that when it rains, the opportunities present themselves.

"Things were feeling good out of the pits. You hope that when it feels good, the lap time translates into being good as well, which hasn't really always been the case so far this year for me.

"So that was obviously nice, and you just try and build in that rhythm. And I think the team did a good job of placing me in a good place on track. And I think that was also crucial.

"We saw in Q2 it was important to get those laps in early when the weather changed. So obviously there was a great job done by them as well, and I did the laps at the time that I needed to."

Regarding his off in Q3, he said: "At that point we already achieved something that I think was better than we could have hoped for. And I think realistically to get much more than that was always going to be tricky.

"And I kind of just went for it, knowing that I couldn't be any worse than P10. Obviously, the conditions were much, much worse up to that point.

"Even at the end of Q2, I was struggling to keep the car on the track with more standing water in certain places. So, yeah, it was tricky. That's obviously the only frustrating part of the session for me.

"I think I must have had some damage afterwards, because the car was very squirrely. And even if I did a lap time it was it was going to P10. So I think we just boxed to not risk anything else."

In start contrast, Latifi's teammate Alex Albon had a frustrating afternoon with the updated version of the FW44, finding himself stranded in 16th place after struggling to get a quick lap in at the end of Q1.

"I was just frustrated more than angry," he said when asked about his session by Motorsport.com. "We should have got into Q2 and really maybe even Q3. We tend to do quite well in these conditions and every time we are out on track we are normally in the top 10.

"We tried to do a cool down lap before the last lap to try and put everything in the best window, but I think the track was too wet and too cold to be able to do one.

"On my last lap I had less the grip than on the previous laps - the track was drier, but the grip was less.

"I just lost all the temperature. I think if we made it a bit simpler for ourselves then we could have got into Q2."