Williams Formula 1 driver Nicholas Latifi has received a five-place grid penalty for Japan after his collision with Zhou Guanyu in the Singapore Grand Prix.

On lap 7 of a wet-to-dry race, Alfa Romeo driver Zhou attempted to find a way past Latifi in a battle for 18th when he tried to pass the Canadian around the outside of Turn 5.

But Latifi appeared to squeeze Zhou into the wall, with the contact between the pair wrecking the Alfa Romeo's front right corner, forcing the Chinese driver to retire from the race on the spot.

Latifi also hit the wall as a result of the collision and while he attempted to carry on with a new front wing, the Canadian too had to retire under the ensuing safety car.

On the team radio Zhou was livid with Latifi and said the Williams driver had put him into the wall and after the investigation, the FIA stewards agreed with that assessment.

In their verdict, the Singapore stewards gave Latifi a five-place grid penalty for next week's Japanese Grand Prix as well as two penalty points on his licence, taking Latifi's total to three penalty points over the past 12 months. 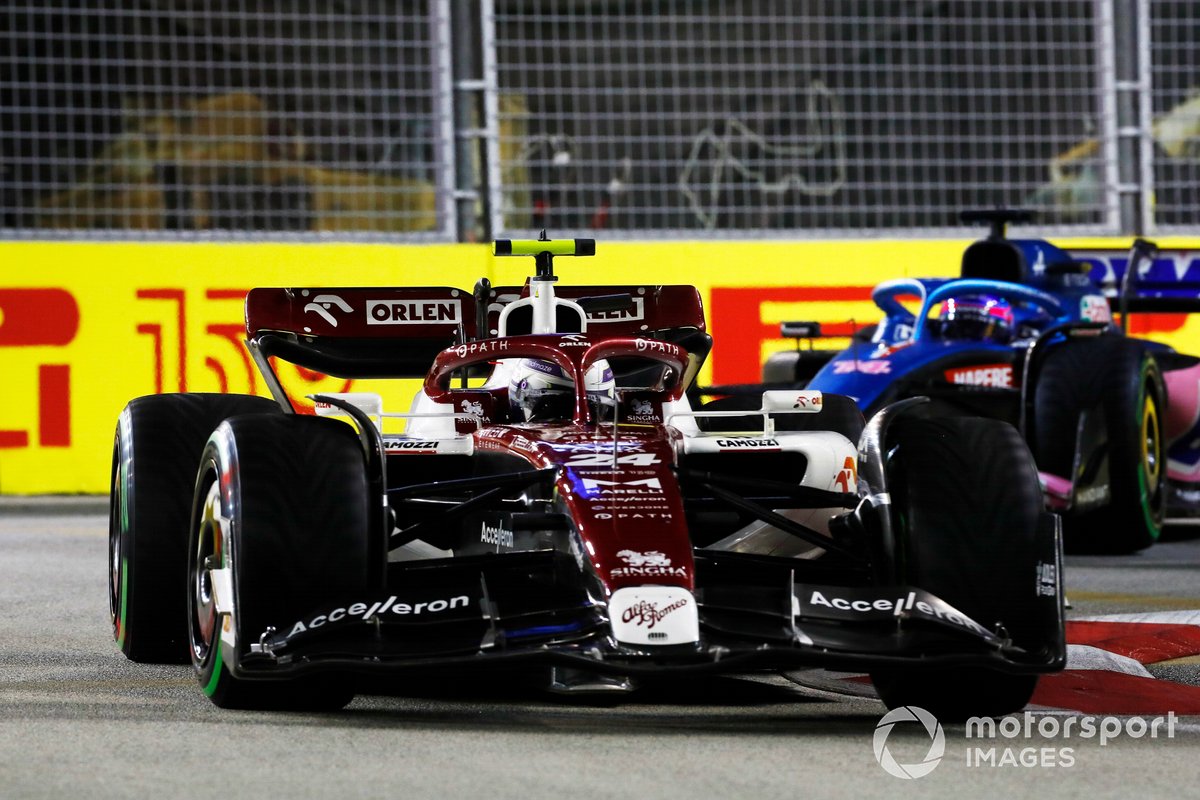 "The Stewards reviewed the video evidence and determined that LAT was predominantly to blame for the collision," the stewards' decision read.

"ZHO was attempting to overtake LAT on a straight approaching turn 5 and had sufficient room, taking the normal racing line. LAT pulled to the left, not leaving one car width to ZHO and resulting in significant contact between the cars."

The Singapore Grand Prix proved a weekend to forget for Williams, with Alex Albon also retiring after contact with the barriers.

It was the first of several incidents in a race which was predominantly run on intermediates after a rain delay of over an hour.

The Singapore F1 GP as it happened