Nicholas Latifi laughed off turning onto the wrong part of the Suzuka Formula 1 track in Friday practice as a “funny” mistake, but said the radio delay skewed what happened.

Outgoing Williams F1 driver Latifi is making his maiden appearance at Suzuka this weekend, but hit a bit of trouble during second practice when he turned too early for the final chicane.

Thus, Latifi turned onto the portion of track that is used for the west circuit layout of Suzuka, which turns right before the Casio Triangle and connects the track to Dunlop, cutting out the grand prix layout's main straight and essess.

Facing the Armco, Latifi quickly brought his car to a stop before spinning it around and rejoining the track. He told his team on the radio: "Not sure what happened there. The car, real strange, anyways, I'm OK."

Asked by Motorsport.com what happened in the incident, Latifi admitted it was his error, but said the delay in the broadcast of his radio message from when he actually said it made it look worse than it was.

"The radio was a bit delayed from what was shown on TV when I was saying it was a bit strange there," Latifi explained.

"It was totally my fault, but I was getting some calls from my engineer. We were supposed to do another lap, but then we got a last-minute call to box, so I was changing something on my steering wheel, I was looking down, and when I looked up, I saw the turn which is obviously not the right turn.

"Not having had the proper laps yet, I was still getting my bearings around the track. I turned, and then basically because it wasn't the right turn, which I didn't realise right away, it's a sharper turn, the car just kept understeering and kept going straight. 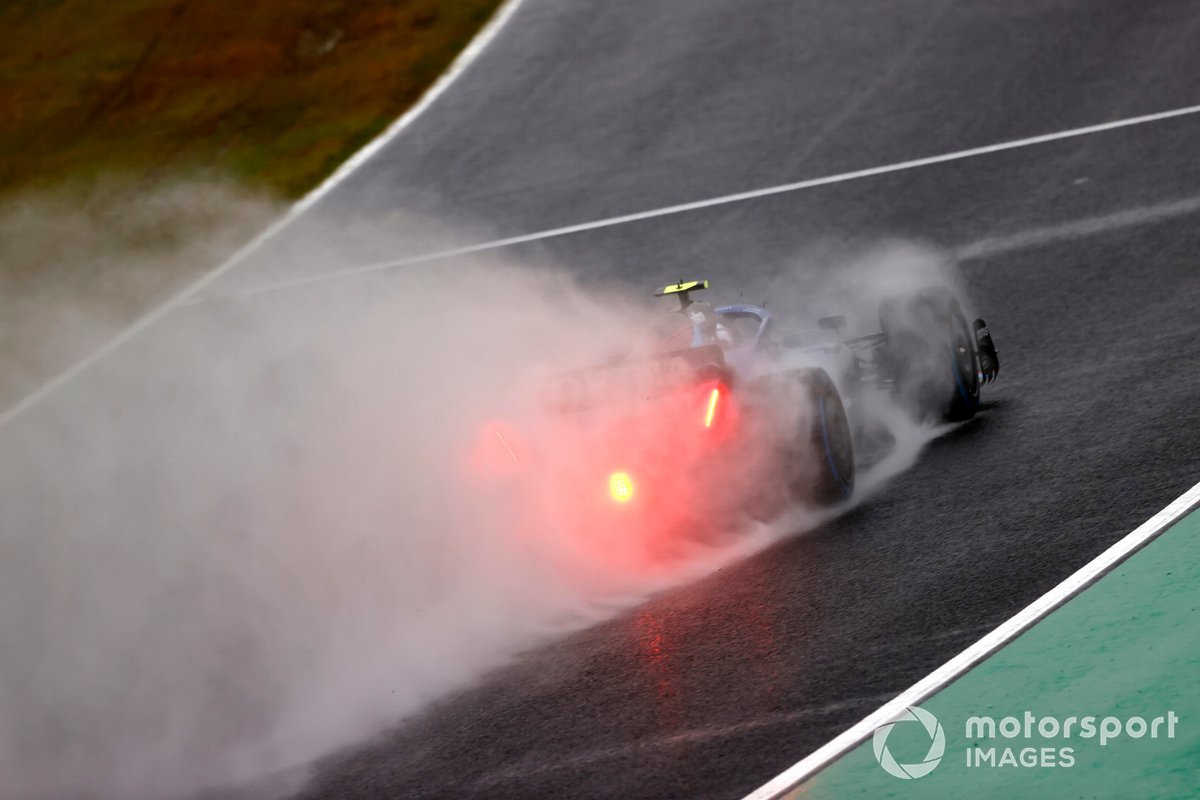 "I came on the radio right away and said 'ooh, what's going on there'. Then I realised OK, this is the wrong turn and a much slower turn, that's why! I think the fact the car didn't fully turn around, at some point it was spinning and then it just understeered straight.

"It was my mistake, just a funny one. The radio message is a bit skewed."

Latifi revealed he was teased by his trainer for the mistake, but laughed it off, saying: "No harm, no foul!"

Latifi qualified last at Suzuka on Saturday, but was just over two-tenths of a second off making it through to Q2 and was pleased with his progress from practice.

"I'm happy with the improvement I've done from FP3 to quali, because it's not an easy track to get up to speed quickly in the dry, especially not having been there with only two representative laps in FP3," he said.

"The pace of the car is tricky here, especially through the high-speed corners, but we are super fast in a straight line. So if we manage to get among some cars tomorrow, that could be interesting."