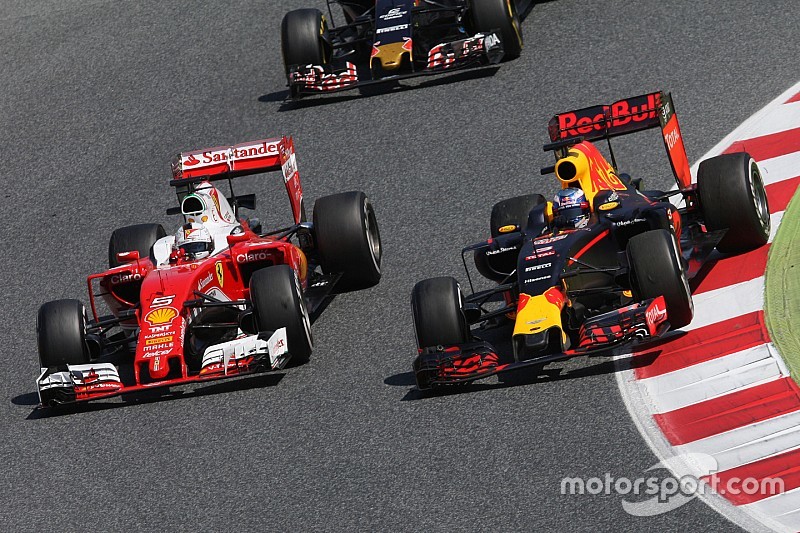 Williams says that there is little ground for teams to complain about rivals using clever tricks to help wings flex at high-speed, if their cars are passing all the current FIA deflection tests.

There has been intrigue in the Montreal paddock about the behaviour of the Ferrari rear wing and the Red Bull front wing – which have appeared on video to both bend at high speed to help reduce drag.

But despite such behaviour being an area that has often been exploited, and some teams questioning as to whether or not either design is in the spirit of the regulations, the Red Bull and Ferrari wings have passed all tests currently laid down.

Williams head of vehicle performance Rob Smedley said that his team had been aware of the Ferrari rear wing and monkey seat flexing as long ago as the Spanish Grand Prix, but accepted that there was nothing about it that was illegal.

“We saw that at the [post-Spanish GP] test,” he said. “There is a very clear test known as the pull-back test that we do, on the bridge, and Ferrari will have been subject to that test.

“They have clearly passed it so anything else that goes on, as long as it doesn't contravene any of the technical regulations, then their car is clearly legal.”

There remains scope for the FIA to impose further restrictions if it deems the wings to be in breach of the catch-all Article 3.15 of the F1 Technical Regulations – which demands there be no 'degree of freedom' in its movement.

However, Smedley said that was something the FIA would have to decide for itself.

“The pull-back test applies to the whole rear wing assembly,” he said. “So you pull it back at the rear wing end plates.

“There is a very clear technical regulation that disallows any kind of moveable aerodynamic device – you all know that article because it gets cited on many occasions.

“It is not really for me to comment on what they are doing: I am assuming they haven't contravened the technical regulations and I assume that they have passed everything that has been thrown at them in terms of static testing.”

“We want to stop an arms race”

Smedley said that if ever a team finds an advantage with something that remains within the rules then they deserve credit – and it is then up to all teams to decide whether to pursue it themselves or try to clamp down on a potential all-out spending war.

“If you can find an advantage where you don't contravene the technical regulations, then ‘chapeau’. You have done a better job than anyone else,” he said.

“So if we then want to go back and revisit it in the TRM [Technical Regulations Meeting] because we want to stop an arms race where we all want to do the same things and we all end up in exactly the same position, albeit in a grey area, then that is fine.

“But if someone has found an advantage while not contravening the technical regulations then they have done a good job.”