McLaren Formula 1 reserve Lando Norris has been drafted in by the team for a Friday practice run at the Belgian Grand Prix - and could do more sessions later in the year.

The Formula 2 frontrunner will replace Fernando Alonso in FP1 at Spa.

After recently driving for McLaren in the post-Hungarian Grand Prix test, it is understood that Norris' latest runs are part of an ongoing evaluation about his potential to step up to a race seat with the team in 2019.

McLaren's star driver Alonso will not race in Formula 1 after this season, having announced his decision over the summer break to leave grand prix racing at the end of 2018.

Carlos Sainz has already been drafted in to replace Alonso, while McLaren is weighing up who is should take for its second seat.

Norris, currently competing with Carlin in F2, is among the contenders but McLaren needs to judge whether he is ready to make the leap to F1 or it would be better to commit to a second season in F2.

The run at Spa will give McLaren a much better idea of how the young Briton can perform amid the pressure of a grand prix weekend, and also give a proper comparison of potential against Alonso and Vandoorne.

Motorsport.com understands Norris could then drive another FP1 session the week after at Monza, where he would be handed Stoffel Vandoorne's car

"This is not only part of his ongoing development, but also the evaluation and performance evolution of the car," said sporting director Gil de Ferran.

"We’ll be taking a strategic view race-by-race at where else this might be beneficial for us over the coming grands prix.

“Spa-Francorchamps has a well-deserved reputation as a racers’ circuit due to its historic significance and popularity among the drivers."

On the back of a disappointing campaign so far, Vandoorne is under pressure to raise his game if he wants to have any hope of retaining his seat next year – so a good showing against Norris would do his cause no harm.

Should the team decide that Norris needs another year of preparation away from F1, and that Vandoorne has not done enough, then its other option is believed to be Mercedes junior Esteban Ocon.

The Frenchman, who is currently racing for Force India, had looked set to move to Renault in 2019 with a deal all but agreed, but his hopes were dashed when the French car manufacturer pulled off a shock swoop for Daniel Ricciardo.

It is understood that Mercedes is pushing hard to find Ocon a competitive race seat in F1 for next year, with his current place at Force India under threat from Lance Stroll, whose father Lawrence is part of a consortium aiming to take over the Silverstone-based outfit. 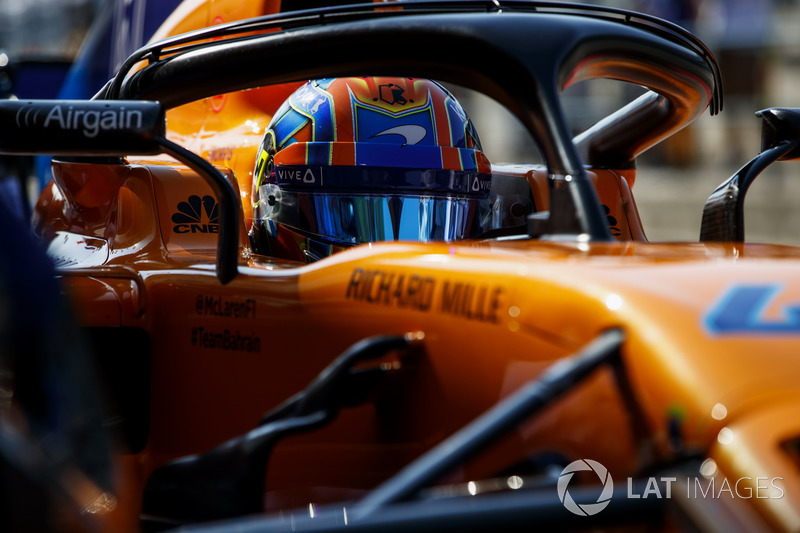