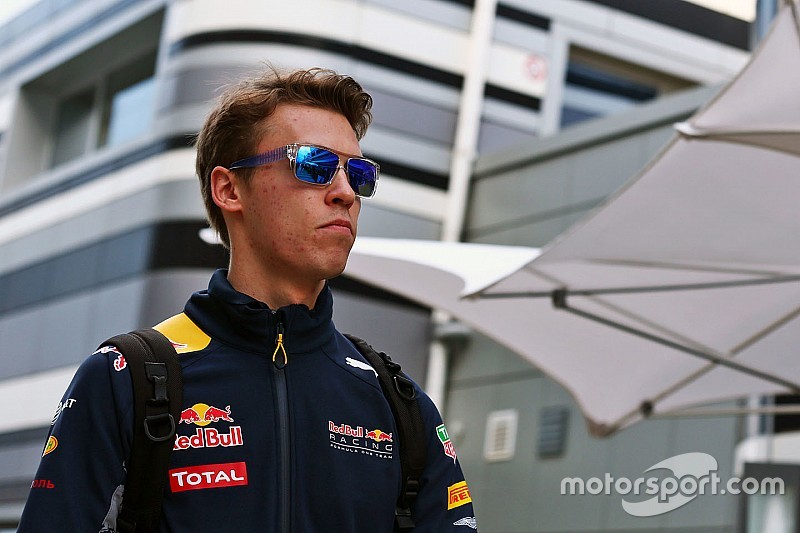 Daniil Kvyat will be summoned for talks with his Red Bull bosses to discuss his part in what the team has labelled a 'disaster' at the Russian Grand Prix.

The youngster has found himself in the firing line for a double collision with Sebastian Vettel on the first lap at Sochi, which eventually left the Ferrari driver out of the race.

But of more concern to Red Bull is that the collision ultimately wrecked the whole team's race – costing it valuable championship points against its main rivals.

Red Bull motorsport advisor Helmut Marko has made clear his displeasure at Kvyat's driving, and has said that what the youngster did was not acceptable.

“Let's put it this way: Kvyat was over-motivated,” Marko said in the aftermath of the Sochi race.

“Braking too late once and hitting another car would be acceptable in front of his home crowd, but this doesn't apply for the second crash.

“It's a pity because he did not only ruin Vettel's race and [Daniel] Ricciardo's race, but also his own race. He had to do an extra stop. It was a day of disaster for Red Bull.”

When asked by RTL if Vettel's angry response was understandable, Marko said: “In contrast to Shanghai I understand him completely this time. He is right.”

Marko did not want to get too involved in discussing the matter with Kvyat in Sochi, because emotions were still high straight after the race.

But he has said that a tough conversation will be had in the next few days to ensure Kvyat does not make the same mistake again.

“Let's cool down a bit,” added Marko. “During the week we will talk about this.”

Marko said that Vettel had urged Red Bull team principal Christian Horner to have a word with Kvyat over what had happened – and confirmed he had followed that advice.

“Yes, I said one word to him. The rest still has to be said.”

Despite the Kvyat incident coming hot on the heels of the Russian clashing with Vettel at the Chinese Grand Prix over a first corner overtaking move, Marko is confident that the situation between the two drivers will not get out of control.

“I think Sebastian is hard wired to know that revenge doesn't do him any good,” he said.

“He has to concentrate on getting good starts and bringing the car home in one piece. That's why I think this won't be an issue.”

Arrivabene to Ferrari: Don't give up on title yet