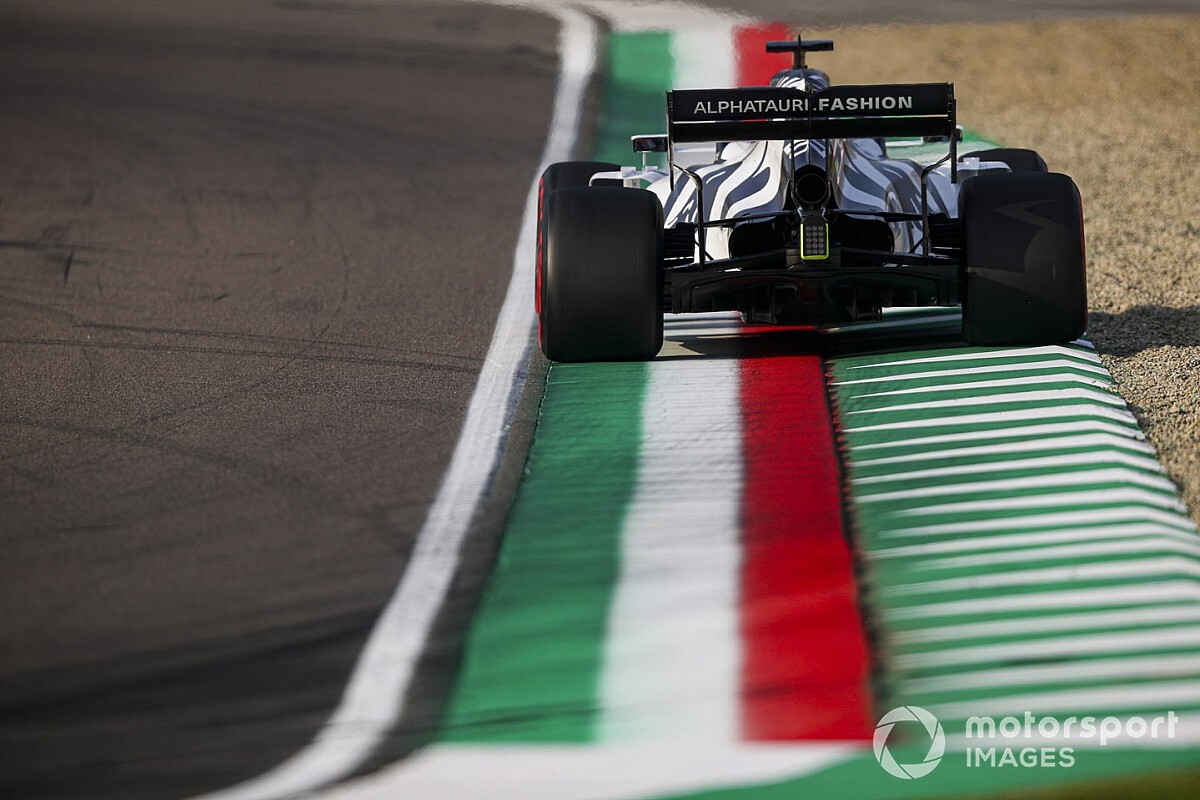 In the only practice session at Imola on Saturday morning, 22 laptimes were deleted at Turn 9, and a further 38 at Turn 15.

After the session and before qualifying the matter was debated in an extra drivers' briefing.

Race director Michael Masi clarified where the limit was judged to be at the two corners, as well as adding Turn 13 to the mix.

Only eight laps were subsequently deleted in qualifying, with eventual front row men Lewis Hamilton and Valtteri Bottas among those affected.

"We don't need these white lines," he said. "We just need old school gravel traps and you go off and you just go off, without all this 'cross white line', 'don't cross white line' bullshit.

"It makes me quite upset because it kills a lot racing. And it just kills such a great track as well. That's the problem."

Kvyat raised the subject with Masi in the lunchtime briefing.

"I mentioned it to him," he said. "But the track owners, they have to build run-off areas for other purposes, perhaps. We know it. In Mugello there was never a problem with run-off, with track limits. There were gravel traps, simple as that.

"And I think most of us would agree that this was the best solution, but unfortunately not on every track we can have that. So we'll need to probably look for a better solution."

"It's always the same story," said the Frenchman. "Whether we say we need to keep the wheel on the white line, or on the kerb. I think we'll have this discussion every time, I think.

"Most important is just to make it clear what we're able to do, and then after we go to play with the limits that we are given, so at the end of the day, we all get the same ones. And then it's up to us to respect it.

"But sometimes it just feels for us will be better just to put gravel, and then the one that goes too far just ends up in a bad situation and will be penalised on his own.

"Obviously with this run-off it makes it a bit trickier for them to judge. But I'm fine with that as long as it's clear, because it's the same for all of us."

"It's been a bit strange," he said. "Because obviously firstly, the tracks lend themselves towards it. I'm sure people will comment that drivers need to respect it, but we're pushing out there and these cars are so well built that for us, it's basically, there's no risk or no punishment for going too wide, it's just pure lap time.

"So the more you can get close to that white line, you can just go faster and faster. What's annoying in some respects is not the inconsistency, but you've got different corners with different things.

"Obviously I understand that they've got to take into consideration, like MotoGP and bikes, so I'm not one to direct anyone about how to do it. But it was, I guess for you guys as well, it's a bit frustrating and scruffy to see all of these lap times being deleted."

Imola test not the secret to fourth on grid - Gasly

Kvyat: No decision from AlphaTauri on F1 future "a shame"