Kvyat feels singled out by F1 stewards after Sainz crash 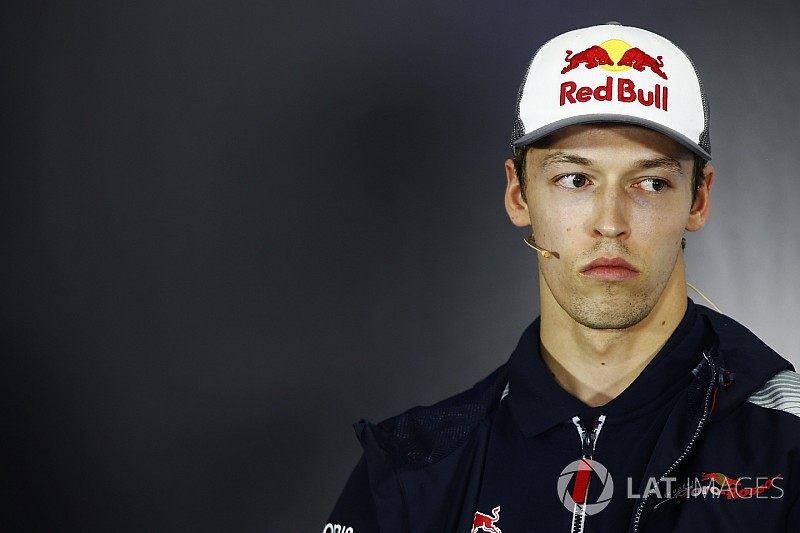 Daniil Kvyat feels he is being singled out by Formula 1’s stewards, having been given a drive-through penalty for the second race in succession after his British Grand Prix collision with teammate Carlos Sainz.

Both Toro Rosso drivers collided on the opening lap of the Silverstone race as Kvyat ran off the track at Becketts, collecting Sainz as he rejoined the road.

Sainz was eliminated on the spot, but Kvyat was able to continue, albeit being handed a drive-through penalty.

The Russian, who eventually finished 15th, had also picked up two penalty points on his license for a total of nine. This means he will be suspended for a race if he gets another three points before October 23.

Speaking post-race about the incident, Kvyat said he felt that he and Sainz were both equally to blame for the clash, and that his punishment was overly harsh.

It followed a similar penalty in Austria, where Kvyat was involved in a Turn 1 crash that ended both Fernando Alonso and Max Verstappen’s races.

Asked if he believed the stewards were punishing him in particular, he said: “I believe so. A drive-through is a drive-through, it’s an extremely strong [punishment].

“I saw stronger incidents and they punish five or 10 seconds [added to] the pitstop. For me I believe [they should] keep doing that.

“I don’t understand this, and it doesn’t feel very nice. It makes everything look a lot worse than it really was.”

Kvyat added that his relationship with Sainz has “never been fantastic” and that he saw little point in trying to discuss the incident with the Spaniard.

“I don’t expect anything to change,” said Kvyat. “To be honest, I don’t think anyone had any intention to be aggressive with each other there.

“I left him room at Turn 11 [Maggotts], and I expected him to collaborate with me also in Turn 12. But this collaboration didn’t happen. That’s why it’s so frustrating.”

Sainz: “The images speak for themselves”

For his part, Sainz refused to directly comment on who was to blame for the collision, as he felt that discussion should remain within the team – although he did say the accident was “out of my control”.

“I’m not going to give any opinion about it because I think it’s something that needs to be kept internally and to be analysed internally,” Sainz said.

“I think the images speak for themselves so I’m not going to comment.”

Asked by Motorsport.com to describe the incident, he said: “We were battling, giving each other quite a lot of room, going into the fast corners, until one car lost control and hit the other one.

“[It is] something that will be discussed inside the team and I don’t want generate any polemic, because I think the team has enough with two cars crashing out in the first lap."

Pressed on whether he could've done anything to avoid the crash, Sainz said: “I’ve talked enough about the accident.

“When you give each other space and you leave, like I did, two car lengths, for him to rejoin the track, for me there’s nothing really to comment.”