Kvyat had driven for the main Red Bull team back in 2015 and 2016, but was demoted to the sister Toro Rosso outfit to make way for Max Verstappen, before being dropped altogether a year later.

But the Russian was brought back into the Toro Rosso fold this year after a stint as Ferrari’s simulator driver, and scored a shock German Grand Prix podium that Red Bull’s motorsport advisor Helmut Marko admitted had piled further pressure on the struggling Gasly.

Speaking to Motorsport.com at Hockenheim, Villeneuve expressed his doubt that Gasly would be able to find the required form at Red Bull, adding: “He is lucky he is still there.

"Red Bull and Helmut Marko have been a lot more aggressive on their drivers before, and it just shows that they don't see anyone coming in the ranks, so they don't know who to replace him with.”

He then dismissed Kvyat as an obvious candidate to take the seat, saying: “They already had him. So why should they put him there? That’s not the way it should go.”

Toro Rosso team boss Franz Tost said after the German GP that he hoped that Gasly would be given more time – but also expressed his belief that Kvyat would be ready to make his Red Bull return.

But when Tost’s argument was put to Villeneuve, he said: “Some drivers are amazing at small teams and useless in big teams. It happens. Even with 10 years of experience. You've seen it all through the years.

“You know, you've seen it even with experienced drivers. They would win races in a small team, go to a big team, become useless, go back to a small team and start winning races again. So you just don't know.”

Gasly: German GP letdown "out of context" with recent gains 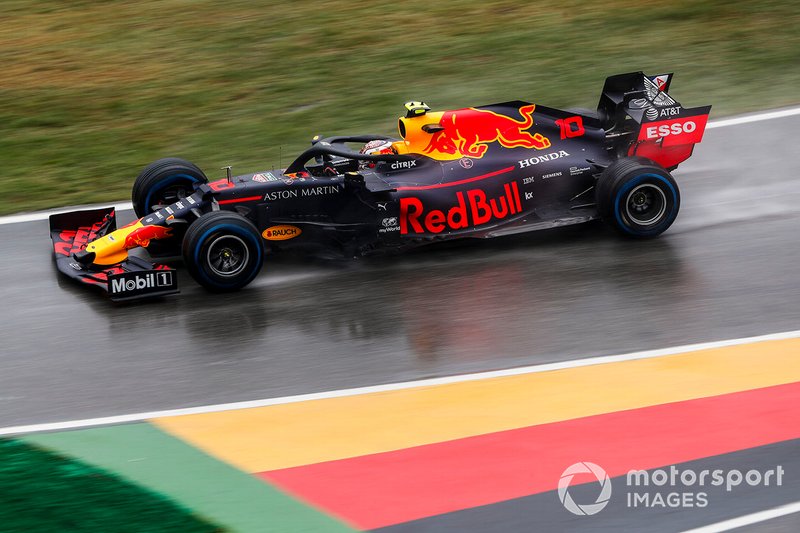 Gasly, for his part, believes his German Grand Prix was "out of context" with his recent upward trajectory.

The Frenchman had enjoyed a season-best weekend at Silverstone, and qualified a solid fourth at Hockenheim - recording a track limits-deleted best lap just a tenth off teammate Verstappen. But his race unravelled after a slow start and a pitstop delay, and he ultimately crashed out battling against Alex Albon.

Asked after the German GP if his recent progress had been substantial enough, Gasly said: “I think so. In qualifying, I got my laptime deleted but I was a few hundredths from second place, Silverstone I was fighting a bit more to the front. Today was out of context but I feel that we are making clearly some big steps.

“So no, I'm confident it's going to pay off more consistently soon.”

Gasly described the Hockenheim race as “insane” and nothing like “anything I’ve ever had in my career”.

“Honestly, so many things happened - from the start where we got completely stuck on the grid, lost five or six positions, to the first safety car, lost some time there, quite a lot of positions, got stuck in the traffic,” Gasly recalled.

"So, yeah, was a bit of a lottery today and just disappointing not to make the best out of the opportunities we could've had.”

Hungarian GP: All the winners since 1986