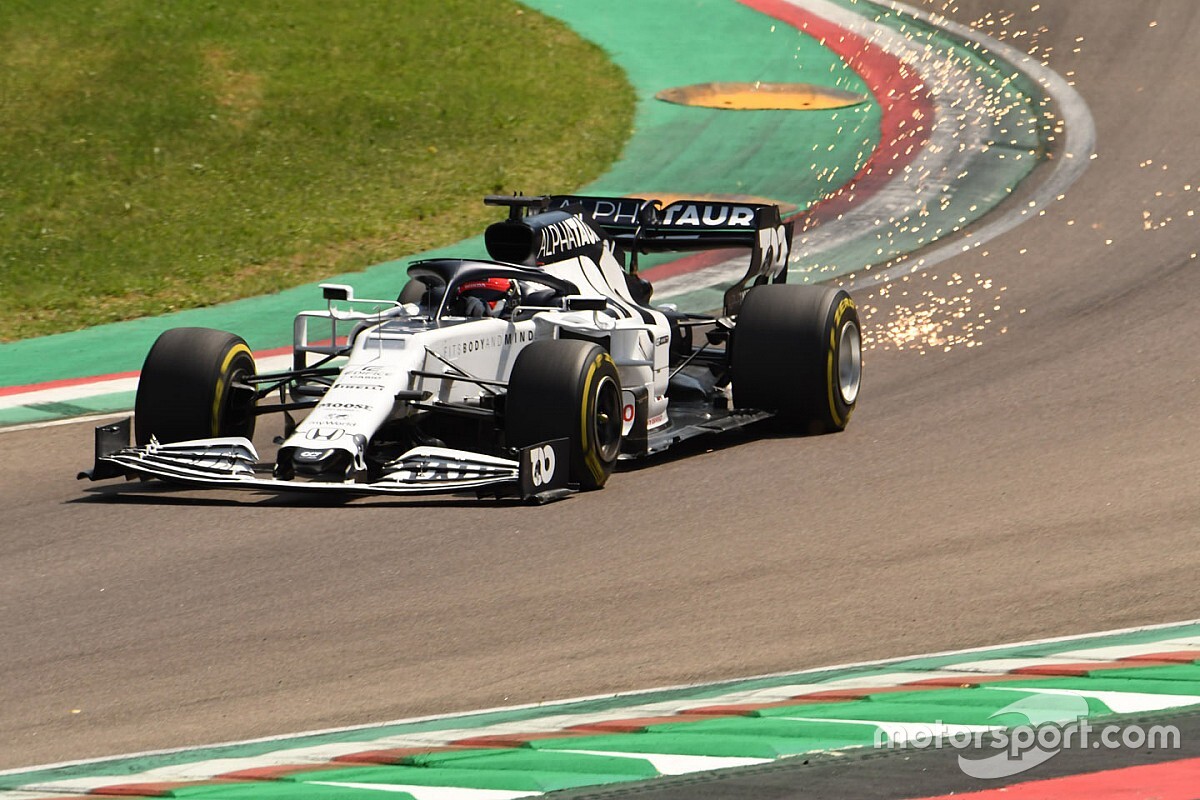 AlphaTauri Formula 1 driver Daniil Kvyat says his team’s recent test at Imola showed that most modern venues are “too perfect” and that the sport has taken the “wrong direction” on circuit design.

Along with Mugello, the former San Marino GP venue has pitched for an extra Italian race in September to follow Monza, with its boss suggesting a triple header of classic Italian venues.

AlphaTauri visited Imola for a filming day with its current car, while a two-year old Toro Rosso was also on hand so that Kvyat and teammate Pierre Gasly could run some extra mileage.

“I think it is a great track,” said Kvyat of Imola. “I knew it already from my past experiences. I always felt it was a very exciting track to drive, it's quite old school, it's quite bumpy, the kerbs are challenging.

“I think we can learn that, changing too much the tracks and trying to make them all similar, like installing same kerbs everywhere, we're trying to be too afraid of bumpiness. And trying to make all tracks too perfect is a wrong direction to take for F1, and racing in general.

“So that’s probably the good thing about Imola, that I understood. I had also a lot of pleasure to drive there, and it was cool in F1 car in some of those corners, like Acque Minerali, the entrance is so fast, it's so cool. It really gives a lot of adrenaline, and this track for sure gave me very good emotions to drive on.”

Kvyat hopes that the circuit can find a place on the calendar: “Imola, Mugello, these tracks, yes. I also drove in Mugello two years back, also amazing track.

“I think these kind of tracks would be very special to have on an F1 calendar. Very unusual, high-speed tracks, high-speed corners, which are great for an F1 car and drivers as well.”

Gasly was equally supportive of the idea of Imola finding a slot on the 2020 calendar.

“I think Imola is amazing,” said the Frenchman. “For me, it was one of the best experiences driving an F1 car. It's just the history of that track makes it really special.

“It was already in my favourite tracks, but last time I was there was in 2013 with Formula Renault, which obviously goes a lot slower, but with the downforce and speed we go at in these F1 cars, still a kind of old track with small run off areas, the adrenaline was incredible. You really feel you are at the limit of the car and really feel the potential of an F1 car.

“And also taking the risk of going through these corners at such a speed. It's inside a park, and it creates a real energy, quite similar to Spa I must say, for some reason.”