Daniel Ricciardo admits he didn’t want to watch the replay of his incident with Daniil Kvyat in the Azerbaijan Grand Prix – but when he finally did, he realised that he hadn’t been as careless as he originally thought.

Both drivers were forced to retire from the Baku race after the Renault driver went up an escape road while battling with Kvyat, forcing the Russian to stop. Ricciardo then hit the Toro Rosso man when he selected reverse.

After the race, Ricciardo told media he had reversed without checking behind. But after reviewing the replay, he noticed that he had in fact looked in his mirror, but on the opposite side to where Kvyat was parked.

“I didn’t want to watch it,” said Ricciardo when asked by Motorsport.com if it was difficult to watch back the coverage. “But quite quickly by Monday night I watched a replay of it and I don’t know, when you’re in that position - I guess when anyone makes a mistake it feels like it’s probably going to look worse than it felt.

“Of course it sucked watching it, but I actually felt a bit better when I saw my on-board, I looked in my right mirror where Dany was on my left.

“When I retired and went straight to media I thought I panicked and started reversing straight away, I didn’t even look. I did, just not on the right side to where Dany was. That’s because I thought he made the corner and didn’t see anything there.”

Ricciardo said he tried to put the incident behind him, although he had to take some ribbing.

“I moved on from it pretty quickly, which I’m happy about," he said. "By Monday I was already getting shit from my friends - we were joking about it. And then I watched a replay and by Tuesday I was all good.

“Even just seeing the [team] people there, I was a bit cautious about how they would treat me on Monday, but they’d already forgiven me, and I was in Enstone on Tuesday. Just facing everyone straight away was a good cure.”

Ricciardo said the Baku retirement was all the more frustrating because he felt he was heading for a good result that would have boosted the team.

“Of course I was upset because I thought we’d turned the race around," said the Australian. "The start wasn’t great, to end what was already a difficult weekend, I thought we’d end it on a positive note. I felt more for the morale of the team.

"Within 15 laps we could have been patting each other on the back, and instead everyone had their head down. I felt responsible for the feeling that we all left the race on Sunday like that, and that was what I didn’t want.

"Of course I feel responsibility to bring this team up one way or another, and I had an opportunity to do that on the Sunday and I didn’t. I felt down about that.” 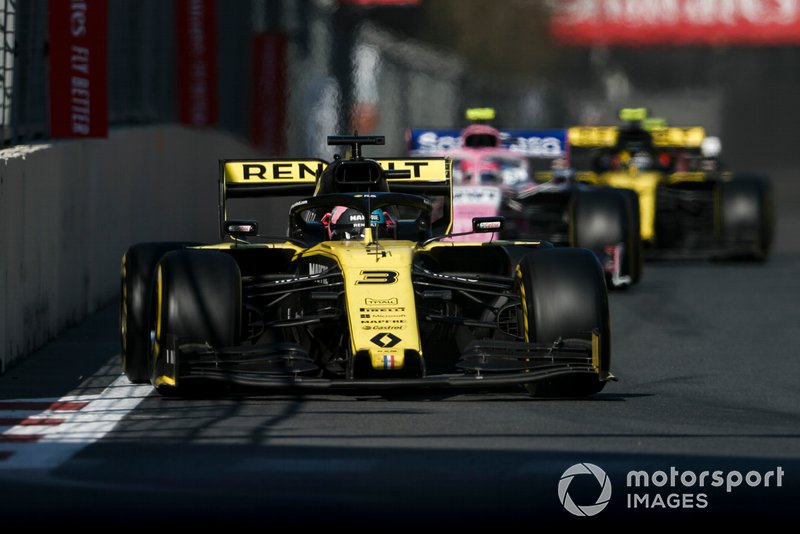 F1 TV may need another year to iron out bugs

How McLaren plans to make itself great again