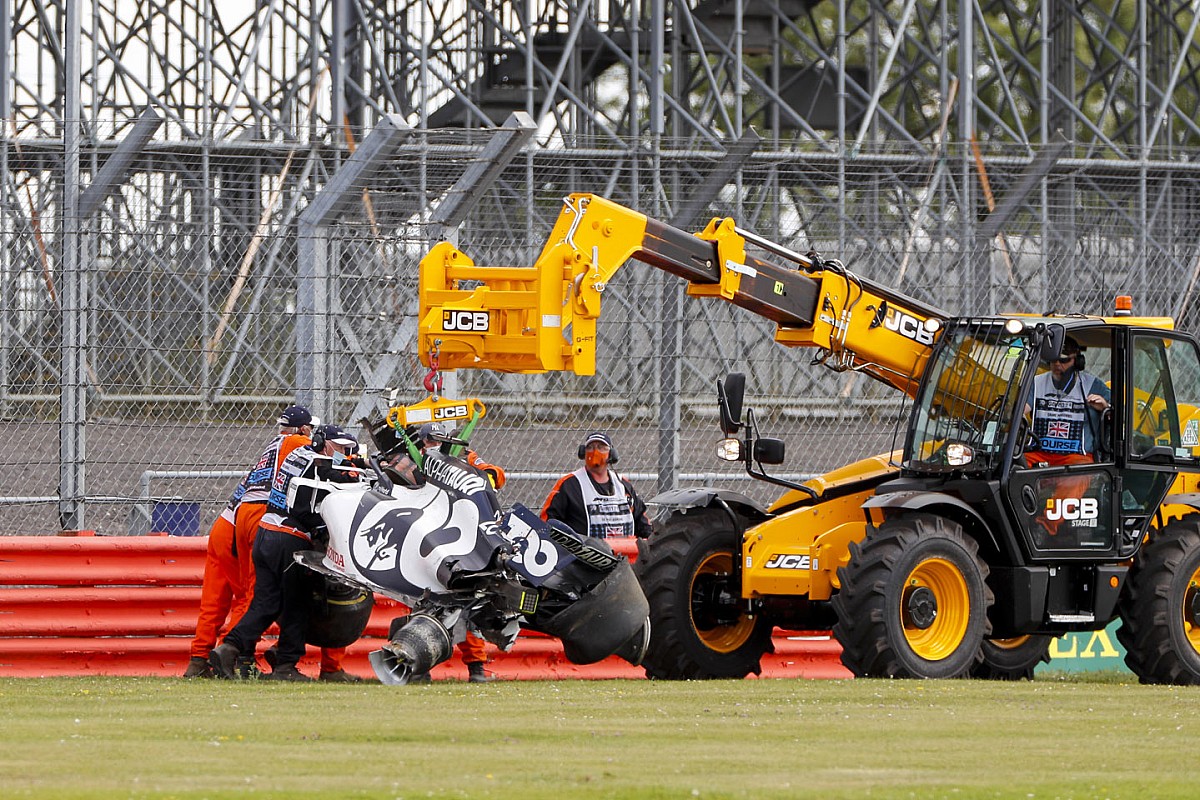 The Russian was pitched into a spin when his right rear tyre appeared to let go at the high-speed Maggotts Corner on lap 12 of the race.

The AlphaTauri driver was unable to do anything to prevent his car smashing into the barriers on the outside of the Becketts complex. The incident brought out an early safety car.

While Kvyat did not believe a tyre failure had triggered the crash at the time, onboard footage of the incident that emerged later showed that his tyre had failed before he left the track.

Now Pirelli says its investigation has concluded that a problem with the wheel rim caused a tyre bead failure.

"A mechanical issue led to the inside of the wheel rim overheating, burning the bead of the tyre," said Pirelli in a short statement issued on social media.

"So the bead was no longer able to seal the tyre onto the rim. This caused the deflation, with the tyre itself playing no part in the cause."

Kvyat said he had blamed himself initially for what happened because, at the moment the tyre failed, he had been looking at his steering wheel readout.

"Looking back at it, there was nothing really [for me] to do [to avoid the crash], but I had the problem on my gearbox, and I was doing a lot of switch changes at that moment," he said.

"I was looking on the screen when the tyre gave up. And so I didn't really understand what happened.

"It was such a weird and confusing incident, and it never happened before in my career you know that the tyre would give up in such a high speed corner. So I didn't know.

"The first thing I thought was maybe there was some kind of kerb or grass I didn't know about, but of course looking back at it, there was absolutely nothing I could have done."

Kvyat's crash into unprotected barriers has prompted the FIA to install a new tyre wall at the corner in case there are repeat problems this weekend.