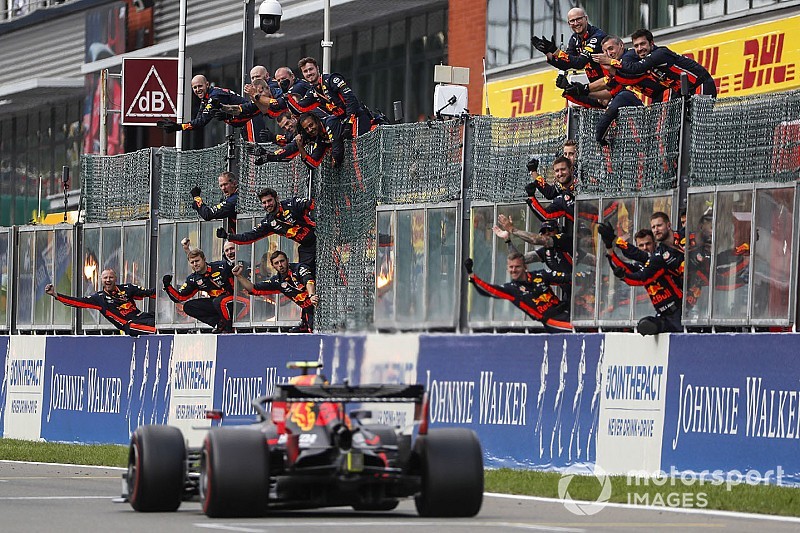 Daniil Kvyat says he does not understand why some people have heaped huge praise on former teammate Alex Albon for his performance at Spa.

Albon impressed Red Bull with a charge to fifth place in the Belgian Grand Prix, having come through from 17th on the grid after an engine change penalty in what was his first race with the RB15.

But Kvyat thinks that Albon’s performance needs to be put in context – and reckons that the fact the Thai driver spend most of the race stuck behind him, despite being in a much better car, needed to be highlighted.

“I don’t know why you call it such a good start?” said Kvyat for his views on what Albon had done.

“He spent 36 laps behind me in a Red Bull car. And he started in front of me as well, so I don’t know. Maybe in the future he will do better.”

Kvyat added that he would not normally care too much about what Albon was up to, but only did so at Spa because they were racing throughout.

“Normally I don’t, but I had to because we were fighting the whole race at Spa,” he said. “If he stayed at Toro Rosso it would have been an amazing race for him, but he was at Red Bull."

Asked if he felt Albon should therefore have done better, Kvyat replied: “I don’t know. I am just commenting on what I saw. Maybe it was the maximum that the car could achieve that day, but the fact that we were fighting and I held a Red Bull car for most of the race at Spa, it was a pleasing race for me.”

Albon said he was concerned at one point during the race that he was not making up ground, but that what had been a "difficult" grand prix while he was on the medium compound tyres became "straightforward" once he switched to softs.

"It felt good," said Albon, when asked to explain his first race for the senior team.

"Obviously the mindset into the race weekend was a bit different, in a weird way it almost felt like we had to do a good job in the race because the build up was always for the race.

"But it went well; I think the first stint was really difficult, actually, with the medium tyres I really struggled. And I was kind of a bit worried because I wasn't making any ground to anyone in front.

"But once we put on the soft tyres that was really straightforward, and of course we had a good car under us during the weekend."