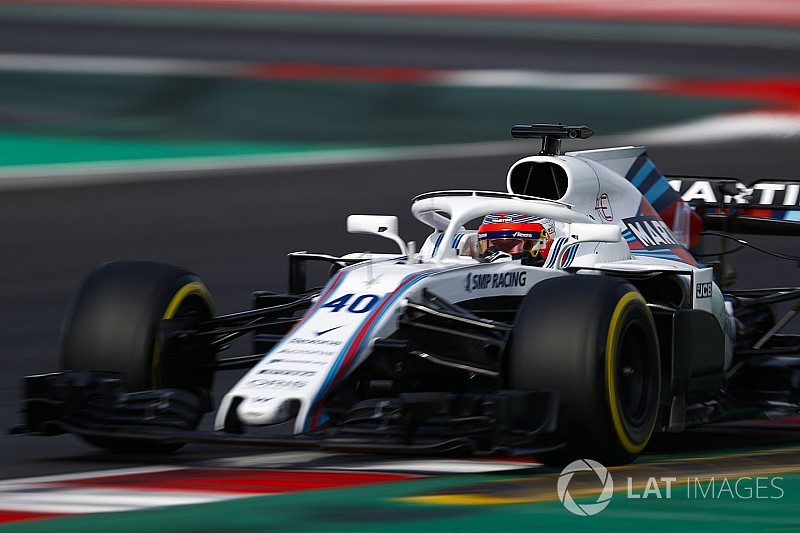 Kubica was a strong contender for a 2018 Williams drive alongside Lance Stroll towards the end of last year, but lost out on the seat to Russian rookie Sergey Sirotkin and joined the Grove-based team as reserve driver instead.

He shared the new FW41 with Sirotkin on the second day of the first week of Barcelona pre-season testing, before splitting duties with Stroll on day three of the second week.

He ended both days in question as the top Williams on the timing screens, leading Sirotkin by three tenths and Stroll by six – and held the best FW41 laptime of the test before Sirotkin narrowly surpassed it on the final day.

Asked what the team's Barcelona laptimes said about the 2018 driver line-up decision, Williams said: “I think it probably says that it’s been a very challenging test schedule, not least because of the weather.

“People may go out and they may do a run on a soft tyre in perfect conditions and then the other drivers may not have that opportunity, because the weather might not be so great, or we’ve chosen to go for a different set-up direction that isn’t necessarily the optimum one.

“So I don’t think you can necessarily judge, not to that level of detail.”

The team ran Kubica and Sirotkin back-to-back in post-season testing in Abu Dhabi last year, in what Williams described as “an extensive evaluation, probably the most exhaustive we've ever done, when it comes to considering our driver line-up”.

Elaborating further on the Barcelona test results, Williams said: “I think you can look at the timesheet and go 'wow, Mercedes are at the top'. That’s probably about right.

“But I think when you are looking and trying to compare drivers, within one team during a test session, while you don’t actually know yourself the programme that the engineers are running and if you don’t take into account the weather conditions right there and then when they are doing their [fastest] lap...

“I think it’s very difficult to sit there and to say: 'Have Williams potentially made the wrong decision because the reserve driver has set the fastest lap?'

“No, I don’t think that that’s right.  ”