Robert Kubica says he will not use the "cheap excuse" of Formula 1's complicated Pirelli tyres to explain his and Williams' "unsuccessful" 2019 season. 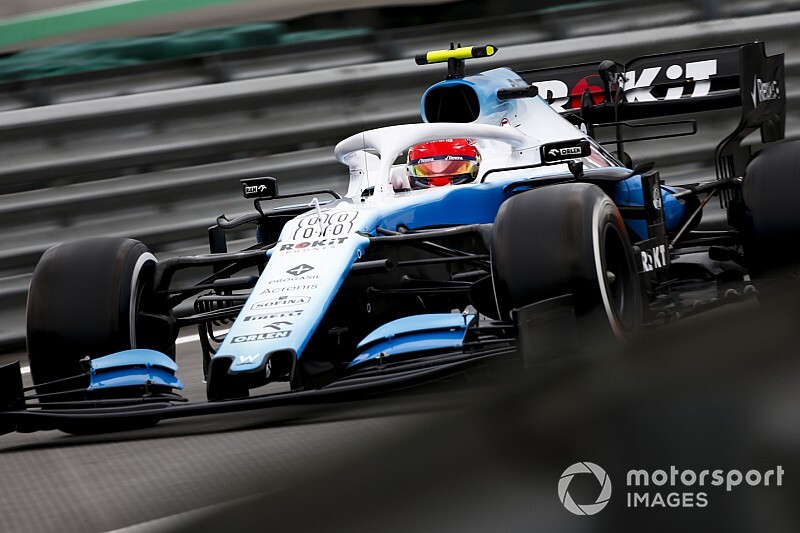 Equipped with the grid's slowest car last year, Kubica struggled to produce consistent performances, particularly over one lap as he was shut out by rookie squadmate George Russell in qualifying.

The current Pirelli rubber, which has what is often described as a narrow operating window for temperature, is widely regarded as one of the key factors determining performance in modern F1 - but Kubica doesn't want to use the complexities of the tyre as an explanation.

"I think I am clever enough and good enough to understand what I should do with the tyres," Kubica told Motorsport.com.

"And still, it's not a driver which is choosing which way to go and how the tyres should operate, it's still teamwork.

"I see there is a cheap excuse for an unsuccessful season."

Elaborating on the challenges of the 2019 campaign, Kubica hinted at a lack of feedback that contributed to a "very confusing" year.

"I have my opinions on many areas where I definitely could do better, but I was not helped as well. With the circumstances we were in, it was extremely important for me to start the season with a good consistency so I could build up my comeback on this. Unfortunately, this didn't happen.

The life-threatening rally accident that had forced Kubica's original F1 hiatus left him with limited mobility in his right arm, and he described himself as driving "70 percent left-handed" in the aftermath.

But while this could've logically translated into a deficiency in high-speed corners, Kubica has dismissed this explanation, pointing to the fact that he had one of his best days of the year at a track like Suzuka.

"Sometimes we want to make people believe that Formula 1 is simple, but it is not," Kubica added. "There are a lot of factors which have a big influence on the final result, or on the numbers you see on the clock [stopwatch].

"One of the factors which is not influencing is actually my limitations in high-speed [corners].

"It is true that sometimes there were big variations, but it is also true that when you lack the grip, it is normal that you lose more in more challenging areas.

"Also you lose more when you have two-three corners in a row than only one corner, than a straight line.

"That's the fact. This is something where I'm sure my limitations are not influencing my driving, on this type of areas."

A skydive that "upset" Ferrari, and more - Leclerc Q&A