Kubica thought he had tested positive for COVID when Alfa called

Robert Kubica thought he had tested positive for COVID after seeing the missed phone calls from Alfa Romeo boss Fred Vasseur ahead of his return to Formula 1 racing in the Dutch GP as Kimi Raikkonen's replacement.

Kubica was expecting to wake up on Saturday to the usual reserve driver routine of sitting in on the odd debrief combined with a lot of hanging around at the Alfa hospitality building.

Instead, he found himself fast-tracked into the cockpit of Raikkonen's C41 after the Finn tested positive for COVID-19.

Two years after his last and very frustrating season with Williams, and at the age of 36, Kubica will thus make his 98th grand prix start just a couple of weeks after he suffered the heartbreak of losing an LMP2 victory in the Le Mans 24 Hours in the closing minutes of the race.

It's one more chapter in what has been an extraordinary career thus far, and which took such a different turn after his rally accident just over a decade ago.

"You are prepared," he said after qualifying. "Because it's written in your contract and your position, you know very well your position. But to be honest, maybe I'm too old, but I never really thought it might happen.

"Of course, you know there is a chance it happens, but you don't want really it to happen, because in the end it means that something has happened with your teammates. But that's part of the game, part of my position in the team."

After a normal day on standby at the track on Friday, he had no idea when he went to bed that he was in for a busy Saturday.

"Well, to be honest, I have been woken up this morning," he explained. "So I hear something ringing, my room phone, but I thought it was next door. So I woke up, and I didn't understand what's going on. Then I watched my cellphone, I saw missed calls from Fred [Vasseur].

"I first thought I've tested positive, because I have arrived late here, I have been in Warsaw until Thursday afternoon with our partner Orlen. Then I opened the phone up, and I see no, I'm negative, and at the same time I was calling Fred. 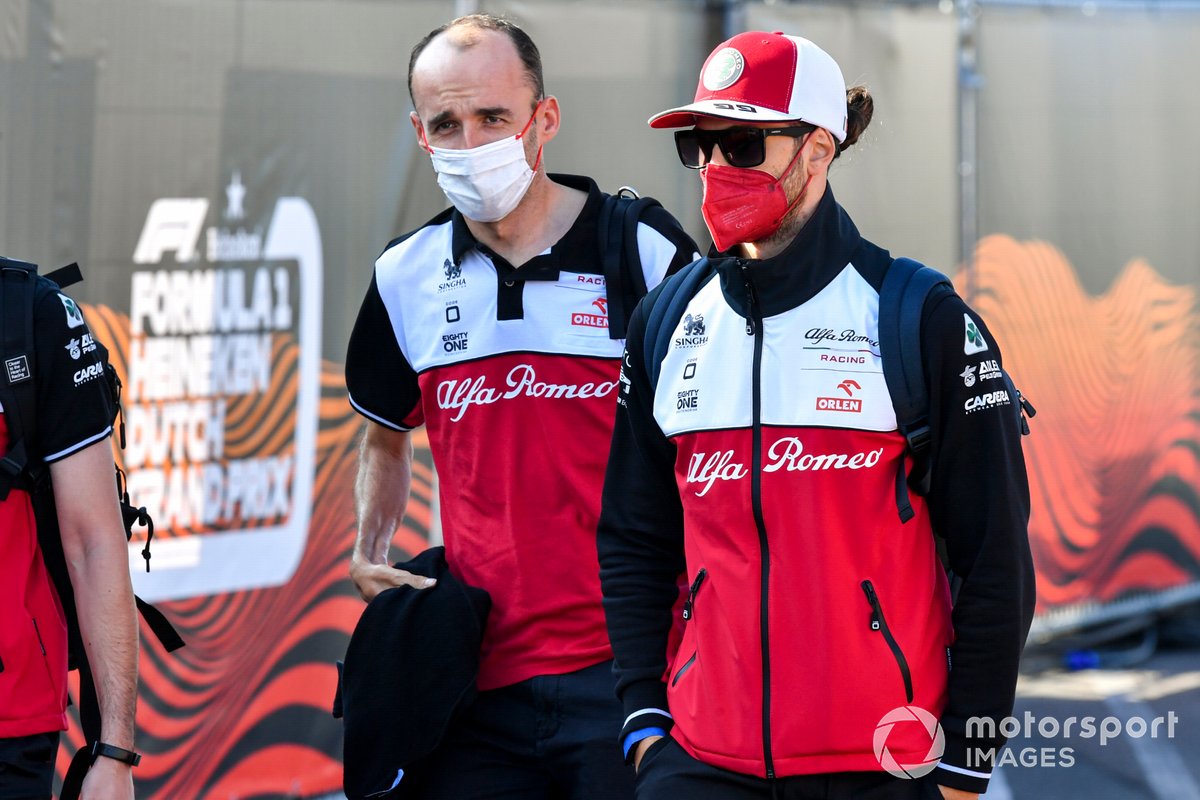 "So of course, once you receive a call early morning, you know that something is going on. And probably the team will need me. Then I waited until 9am [after the curfew] and we could get into the paddock to start working.

"And from there, let's say, no more quite boring Saturday for me! And it became a quite hectic and quite challenging Saturday, wearing overalls."

Kubica has enjoyed three FP1 outings with Alfa this year: in Barcelona, Austria, and just a few weeks ago in Hungary. As such, he is familiar with the C41, and its quirks.

However, jumping into a one hour session on such a tricky track, one that he last sampled in his F3 days in 2004, was no easy task.

In the end, Kubica did what was needed, getting the car safely into the race in 18th, ahead of the two Haas drivers.

Even for a driver of Kubica's experience, getting the braking right when on the limit in qualifying was perhaps the biggest challenge.

"Turn 3 was always a big challenge, I think mainly I lost last time in the morning there. But in the qualifying, I did improve a bit. It's not often you have an opportunity to drive on such a banked corner. Even Kimi was also struggling in those Turns 2 and 3.

"It's something new, but when you have no idea of the car, of the tyres, and then adding quite high banking, it's a step-by-step thing. And as I said, for me, the approach was the correct one.

"Of course, I could do much better. But with the risk you have to take in qualifying with these cars, and this morning again some drivers made mistakes – I'm not stupid, and I know where my place is."

His run at Le Mans meant that Kubica arrived at Zandvoort race fit. However, he says that doing so much mileage in a sportscar this season actually made for a difficult transition back to F1.

"Endurance racing is a new challenge, it's nice. But again I say I haven't done any qualifying this year in Le Mans. 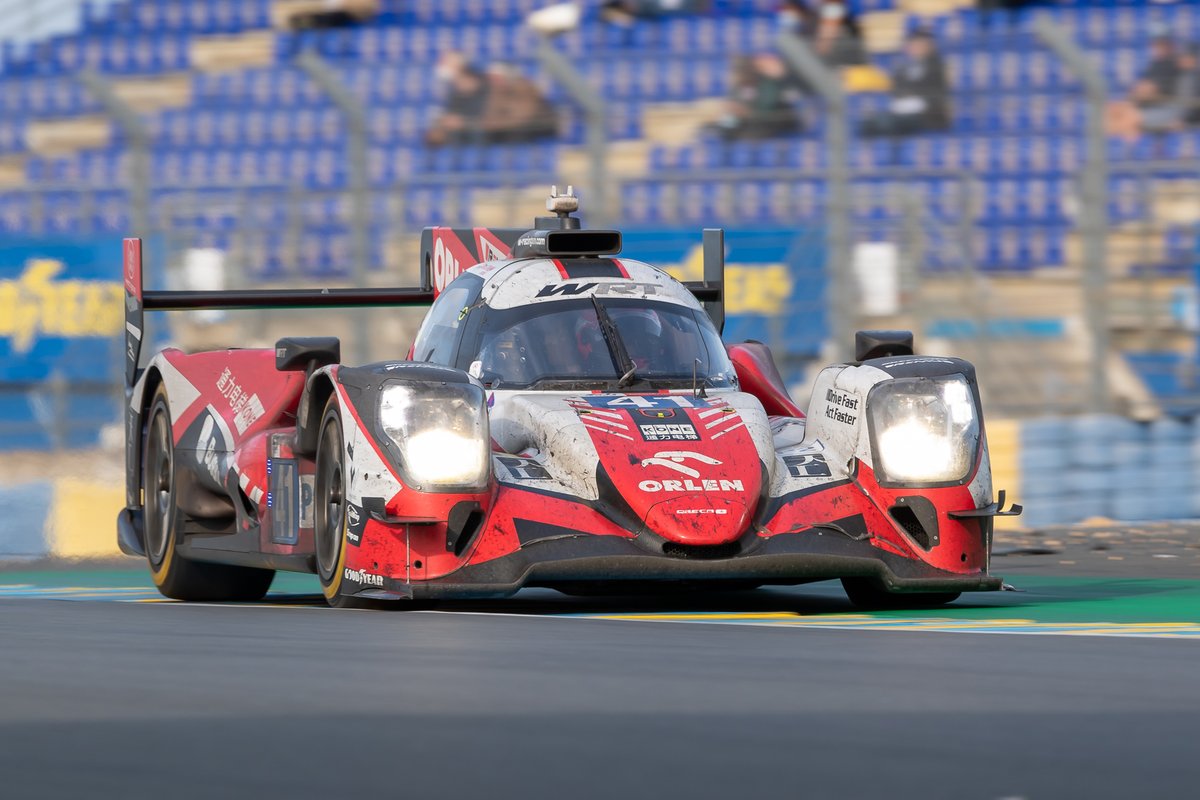 "From Barcelona for my first race until now I have put only two times new tyres in all my sessions, there I'm normally working with used tyres on the race pace and setting up the car with heavy fuel.

"Anyway, it's so different that probably if I will not race it will be better! Because you are used to something and then you discover that braking at the 60 metre mark into Turn 1 is too late or too early. You have to brake after 50 metres.

"And your brain is telling you well, but normally what you have experienced in the last month, you will be braking 120. So there are a lot of mental things going on."

With Sergio Perez set to start from the back of the grid Kubica will move up to 17th. It won't be easy to progress from there on pure performance, but this is likely to be a race of attrition, with a lot going on.

Can he survive and make the top 10? What a great story that would be, especially after the Le Mans disappointment.

"The life can bring bad days and good days. I think I'm unfortunately a good example with what happened in my life.

"A good example because in the end for me it's my third time, let's say, as a newcomer into F1. So I did 2006, 2019 and this time. The circumstances are not the same, because we know the reason why I'm here, but that's how it is."

The decade-long wait for a Dutch hero's F1 comeback