Robert Kubica completed 100 laps in his first run in a 2017 Williams during the post-Abu Dhabi Formula 1 Grand Prix Pirelli test. 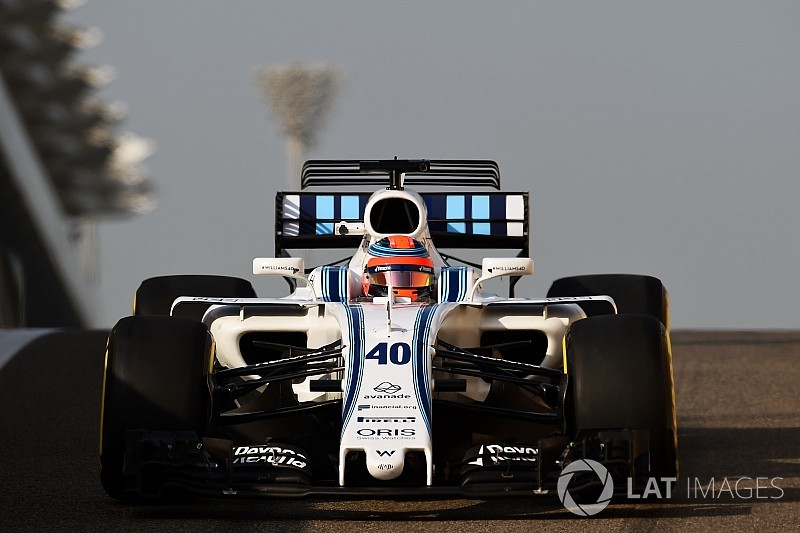 The Pole set a best lap of 1m41.296s on the softs to finish eighth-fastest before vacating the car so Lance Stroll could run in the final couple of hours.

Kubica tried a range of the Pirelli tyres, initially focusing on shorter performance runs before turning his attention to longer runs.

Motorsport.com understands Williams was pleased with the feedback and data gathered after getting through the planned programme smoothly.

He will get a couple more hours of running on Wednesday at Yas Marina, taking over from Russian Sergey Sirotkin in late afternoon.

The intention is that he will run the hypersoft, ultrasoft, supersoft, soft and medium at some stage over the two days to gain more experience of the new generation of tyres.

Kubica is the favourite to replace Felipe Massa and line up alongside Lance Stroll at Williams next year.

He faces competition from Sirotkin, who has emerged as a late contender for the second seat at the Grove-based team.

Williams is expected to discuss drivers next week and hopes to be able to make an announcement before Christmas.

Analysis: Lots of pointers for 2018 from on track decisions in Abu Dhabi 2017