Robert Kubica has insisted he is not driving one-handed and is in better physical shape than when he was last racing in Formula 1 back in 2010. 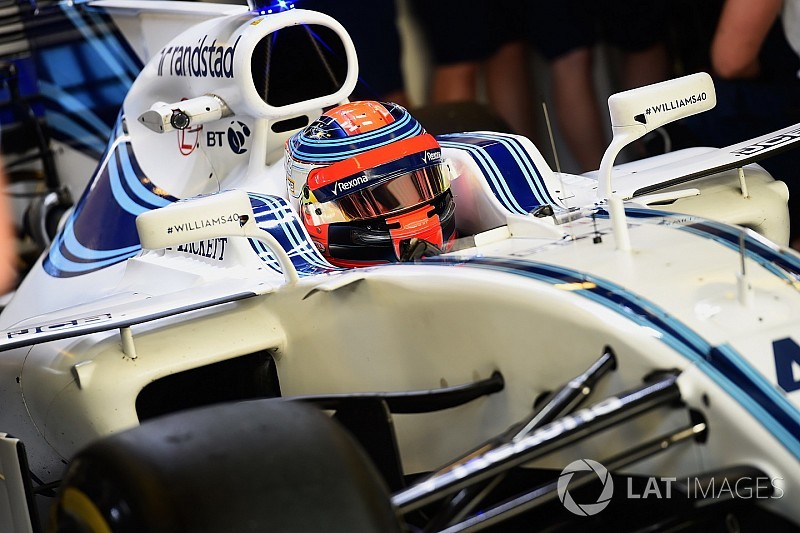 The Pole is bidding to return to F1, six years after suffering life-threatening injuries from a rally crash in 2011, with Williams.

He drove a 2017 Williams on day one of Pirelli tyre test at Yas Marina, completing 100 laps and trying a range of tyres.

Kubica will return to the car on Wednesday for a couple more hours of running, when he is set to focus more on performance runs, at Yas Marina.

There have been some concerns about his fitness, particularly regarding the use of his right arm, but Kubica moved to dispel those fears.

“But I have some limitations so in some way my body used some compensations, which is not wrong.

“We are human beings and our brains are used to help our bodies overcome disabilities. This is normal daily life.

“This is something I think I’m on top of.”

Kubica has undergone an intensive training regime this season in a bid to make sure he’s in shape to cope with the increased demands of the new generation of F1 cars.

“Physically I think I have done a great work, good work in the last six months,” he said. “It hasn’t been easy, it was not like I have been lying in my bed.

“Probably I’m in physically in my best shape, by far a better shape than I was when I was racing in 2010. So motivation is there and the body is reacting in a good way.

“Of course, I’m starting nearly from scratch because Formula 1 has changed so much in the last seven years that it’s like nearly starting from zero.

“But my experience which I gained in the years I was racing in Formula 1 helped me to get on top of the learning process quicker than it used to be in the past.”

Kubica faces competition from Sergey Sirotkin, Daniil Kvyat and Paul di Resta for the second seat but is the overwhelming favourite to get the green light.

Analysis: Lots of pointers for 2018 from on track decisions in Abu Dhabi 2017