Kubica "couldn't do anything" in Verstappen incident 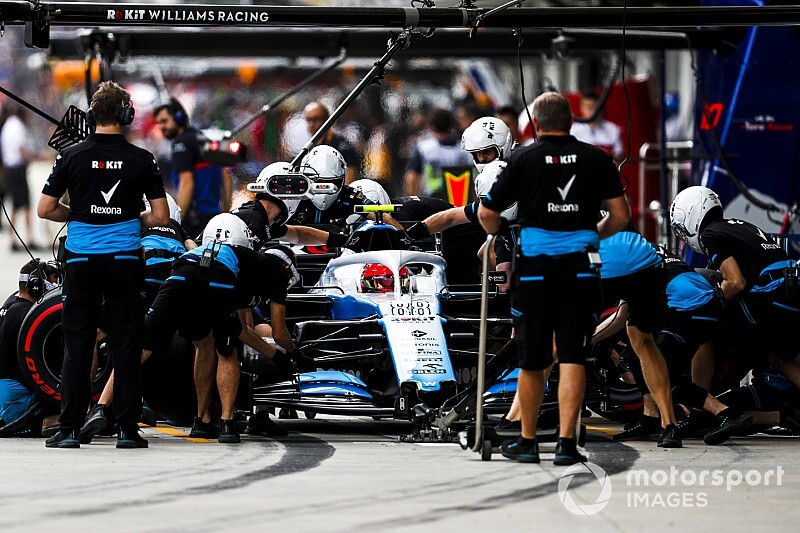 Robert Kubica has apologised to Max Verstappen for getting in his way as he left the pits during the Brazilian Grand Prix, but says he did not know his Red Bull rival was so close.

Verstappen had just made his first stop at Interlagos but had to jam on the brakes as he neared the end of the pitlane when Kubica was let out of the Williams pit in to his path.

Speaking after the race, Kubica made clear he was unaware about Verstappen being there and fully understood how frustrating it must have been for the Dutchman.

Asked by Motorsport.com if he had seen his rival, Kubica said: "No. When I heard, it was already too late.

"So yeah, I apologise, but I couldn't do anything and I was not aware he was coming."

Kubica was handed a five-second time penalty and had two points added to his licence for the unsafe release.

"It was not very nice," he said. "Actually, I did my pit stop and I came out and also Robert came out and he almost took me out, I went into the wall.

"I had to brake there and I almost caught the anti-stall. So yeah, it was very close."

Interlagos F1 rival Rio "a land with trees and animals"