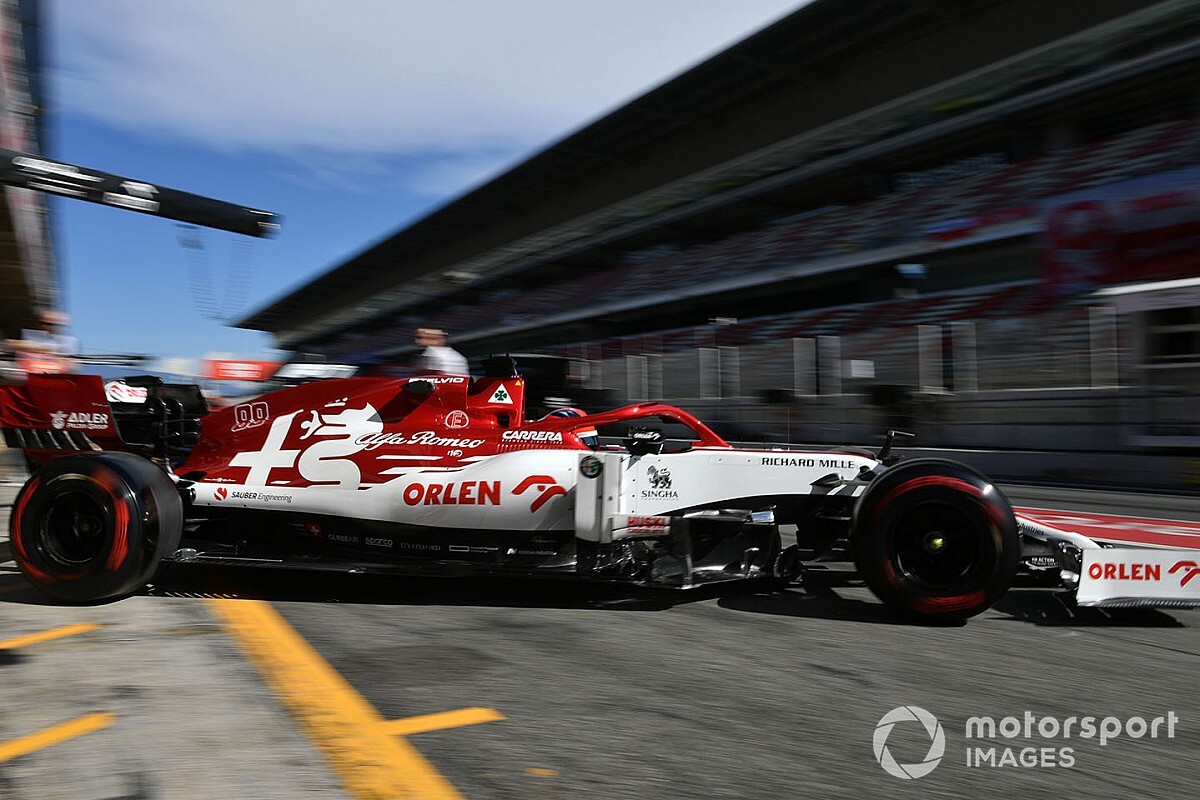 Robert Kubica says there is more to come from the Alfa Romero Formula 1 team after he topped the first day of the second test in Barcelona.

The Pole drove in the morning session – the only driver to log a best lap with Pirelli's softest C5 tyres – before handing the C39 to race driver Kimi Raikkonen for the afternoon session.

Kubica said he was impressed by the way the Hinwil team has reacted since last week's test.

"I think we have something in the pocket, and we have definitely some new parts coming," he said.

"So that's quite optimistic. We did actually improve a few areas, where we struggled last week, where my feeling and actually all the drivers' feelings were that we have to improve, and actually the reaction was very good, very quick.

"So it's still a bit of optimisation, I would say. But it's nice to see when the team is reacting quickly and, trying to give value to what you say. So hopefully we will be able to improve.

"Definitely there are different problems, different things to do, and we have still more performance in our car."

Kubica played down his position at the top of the times after his difficult season with Williams.

"Normally I was always first one of the bottom, so you start looking your monitor on the bottom, but it doesn't really matter.

"What matters is a feeling, and we did a quite good day with some, I think, interesting things to go through, with the data, with my feelings and hopefully you will come out with a clear outcome."

He admitted that initially it was hard to adjust to the leap in performance with the 2020 Alfa compared to the Williams he drove last year.

"But the fact is that especially last week in the morning, in the first laps I have more of a 'brain stop'. I know how it feels here around, and then I could feel I have more grip to deliver and I can go faster, but my brain was saying, 'Well, until now this was not possible,' so you know it took like couple of laps to unlock the real feeling.

He added: "Whatever you are driving, Mercedes, Ferrari or Williams, there are always difficulties, and what you have to target is to make your job as best as you can, and try to extract maximum from your package."