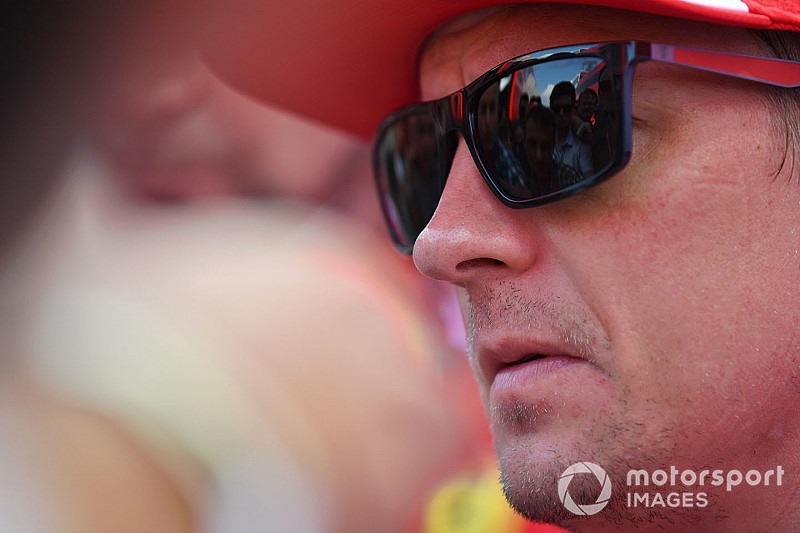 Due to extraordinary demand, 10,000 extra copies of a book featuring words of wisdom from Kimi Raikkonen turned into Haiku poetry will be available for fans to purchase through Autosport.com.

Interest in the original book far exceeded supply, and all proceeds from the new print run will go to the Grand Prix Trust, a non-commercial charitable organisation that comes to the aid of F1 personnel in times of need.

The book Winnow Your Words: Kimi’s Book of Haiku, was originally released by Philip Morris International (PMI) as part of the press kit when the company launched its Mission Winnow initiative with its partner Scuderia Ferrari at the Japan Grand Prix in Suzuka.

The book is a collection of the Scuderia Ferrari driver’s quotes turned into Haikus – a form of Japanese poetry comprising three lines of five, seven, and five words. But Raikkonen, not known for his conformity, has created Haiku poems to his own length.

As most of the F1 world knows, Raikkonen is a man of few words. When he does speak, Raikkonen makes every word count. In the words of the Scuderia Ferrari driver: “The right words do not need others to mean something.”

Through its gnomic brevity, Haiku articulates the profundity of simple moments or ideas. Fans delight in Raikkonen’s taciturn non-conformity, laced with succinct humour, and in his hands the Haikus open a window to his very soul, for example:

to have a winning car,

but there is no guarantee

that it will be

Not surprisingly, Winnow Your Words: Kimi’s Book of Haiku became an instant success on Mission Winnow’s Twitter and Instagram accounts with thousands of fans asking for copies. As a result, PMI is partnering with Autosport.com to publish and sell the book online. All money raised from the book sale will be donated to the Grand Prix Trust, a non-government organization which helps F1 team personnel put their lives back on track when things go wrong.

For over three decades the Grand Prix Trust has provided support for Formula 1’s unsung heroes helping team personnel, trackside or factory-based, to lend a hand in times of need.

Formerly the Grand Prix Mechanics Trust, since 2016 the charity has been known as the Grand Prix Trust to recognise the broader reach and scope of those whom they can help as Formula 1 roles evolve. Trustees include chairman Martin Brundle, former Ferrari technical director Ross Brawn and Motorsport Network president James Allen.

Riccardo Parino, PMI Vice President Global Partnerships and Events said: “We never expected that Kimi’s Book of Haiku would generate such a buzz. We saw it as a light-hearted but real demonstration of winnowing and an ideal way to engage people about the guiding principles of our initiative.

“We are delighted that thousands of  Formula One fans around the world will now be able to appreciate this book while enjoying Raikkonen’s thoughts. It is also important to Kimi and to PMI that any money raised from this book go to a worthy cause,” Parino said.

Only 1500 copies of the book were made available for the launch of Mission Winnow, a PMI initiative aimed at creating engagement around the role of science, technology and innovation as a powerful force for improvements.

To order your copy of Winnow Your Words: Kimi’s Book of Haiku for £9.99 plus postage and handling please visit Autosport.com/kimibook