The FIA has removed the yellow kerbs at the final two corners of the Red Bull Ring to ease Formula 1 teams' concerns about damaging cars when running low on spares. 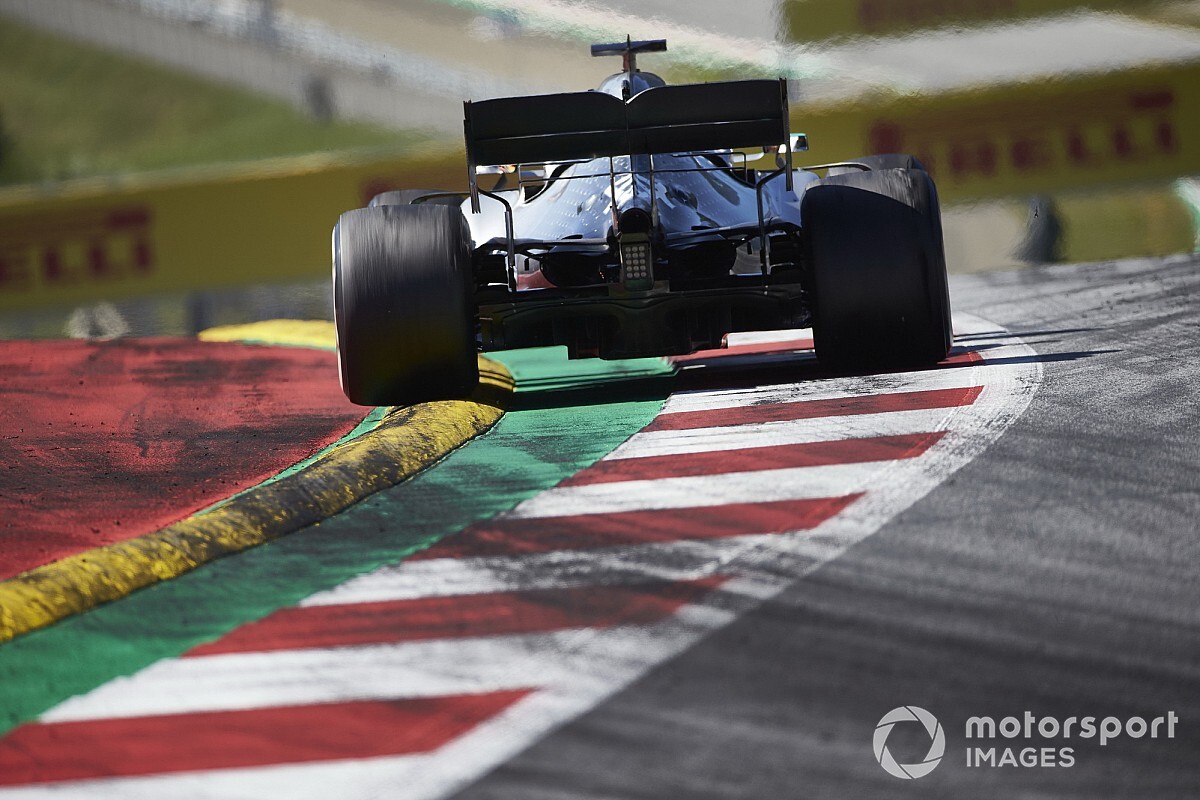 Following the forced shutdown during the COVID-19 pandemic and with three consecutive race weekends to start the 2020 season, some teams have aired concerns about part shortages ahead of the Austrian Grand Prix.

Given the lack of spares for the triple-header and the added financial pressures most currently face, it was proposed that some of the aggressive kerbing at the Red Bull Ring would be removed to try and limit bodywork damage.

Lewis Hamilton damaged his front wing while running over the kerb at the final corner in Austria last year, which has been a deterrent for going too wide through the sweeping right-hander.

FIA race director Michael Masi has now confirmed the additional yellow exit kerbs at both Turn 9 and Turn 10 have been removed for this weekend, with timing loops replacing them to police track limits.

Drivers will be deemed to have left the track if all four wheels pass beyond the red and white exit kerb at both Turn 9 and Turn 10.

Any time achieved in practice by doing so will be invalidated, while drivers will have three strikes in the race before being shown the black-and-white warning flag for exceeding track limits. Any further infringements will then be referred to the stewards.

Drivers are required to ensure they only rejoin the track "when it is safe to do so and without gaining a lasting advantage".

Haas F1 team boss Gunther Steiner said last month that teams were "really afraid" of running low on spare parts in Austria, "especially having all the back to back races, and the financial aspect of it."

Renault F1 chief Cyril Abiteboul added that the track "can be harsh for the cars, even if there has been some kerbs being removed", but was confident the team had enough parts ready for the weekend.

The only other track change for this weekend is the addition of an extension to the concrete behind the Turn 8 apex kerb and to the exit kerb.