Keke Rosberg has revealed that he avoided Formula 1 during his son's racing career because being a “recluse” was better than being asked questions about Nico. 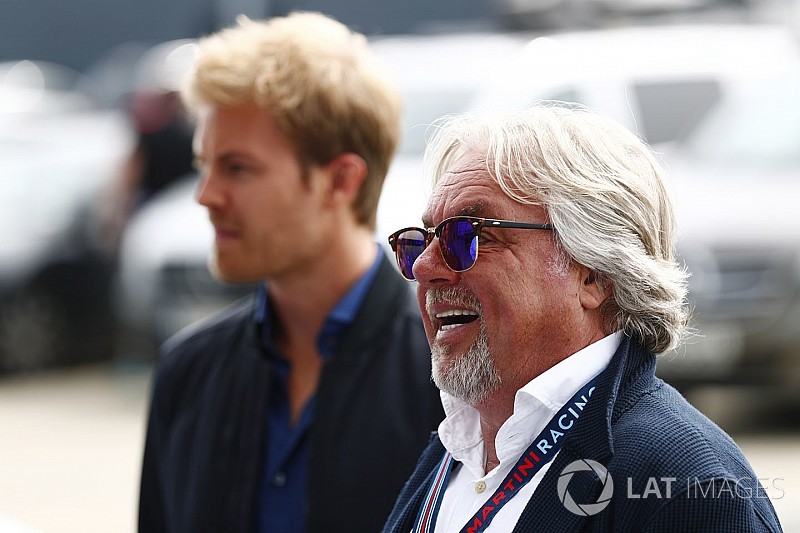 The 1982 world champion purposely retreated from F1 in 2010 and did not get a major interview until late-2016 in Abu Dhabi, after his son won the title.

Nico convinced his father to drive a 1982 Williams in Monaco last week as part of a joint-demonstration, and the two filmed an interview together afterwards that has been posted on the ex-Mercedes driver's YouTube channel.

Interviewer Martin Brundle comments in the video that Keke's presence is rare because he has been camera shy, to which the 69-year-old replies: "I am!

"I've withdrawn completely out of the public eye since 2010, really. I know it was the right decision.

"It mainly came because active drivers were very difficult to get. So, [journalists say] 'dad's there, he's got nothing to do, let's ask him'.

"I found myself being in the public eye much more than I should have been on my own merit, only to comment about him.

"I said 'No, no, I can't continue with this'. I just categorically stopped everything and became a recluse!"

Keke mainly followed his son's progress by watching on television at home as a "nervous" supporter, but it was not the first time he backed away from Nico's career.

He said the focus when Nico was racing karts was "spending weekends with your boy and letting him go as far as your wings carry you" but guided his early career "as a father".

He then opted not to manage him in the way he did Finnish drivers JJ Lehto and Mika Hakkinen - something Nico said he was grateful for, insisting it came at the "perfect" time.

"That was my biggest achievement, that I'd let him go at exactly the right moment."

The second-generation Rosberg retired from F1 after winning the title in 2016.

Keke revealed he found out about Nico's decision to retire indirectly, but said he now sees "a very happy son" and "that's what counts".

"I got the message from my wife, who had received a text message from Nico," said Keke. "The last sentence was, 'Please tell Dad too'. That's how I found out!

"When I retired, my best friends said 'why are you stopping, it's too early, you're making so much money and you're having fun'. It's a very personal decision.

"When Nico retired, I was a bit like I'd been punched in the stomach and the air was out for a while.

"Only slightly, but this is the instant reaction because I didn't expect it. But then you think it's his life, it's his choice and his racing.

Why Monaco's "most boring race ever" claims are wrong