On this day: James Hunt’s British GP win that never was 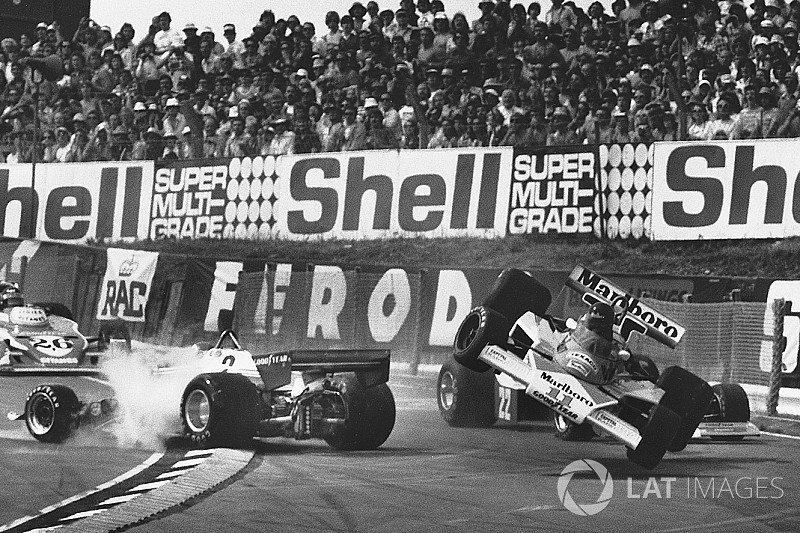 On this day in 1976, a legend was forever etched in motorsport folklore: James Hunt won the British Grand Prix at Brands Hatch – but it was a win that he didn’t get to keep for long.

Two months later, his hard-earned victory was struck from the record books on a technicality. His McLaren had been involved in a first-corner pile-up that caused a race stoppage and under the rules of the time, the cars involved had to complete a full lap under their own steam after the driver rejoined. 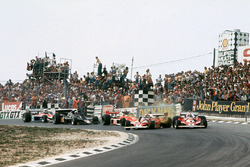 In his severely damaged car, which had been tipped up on its side and suffered bent suspension after clipping Clay Reggazoni’s spinning Ferrari (which had clashed with teammate Niki Lauda), Hunt cut back into the pits through the back entrance on the Cooper Straight.

Ferrari would also argue that Hunt’s car had been pushed by his mechanics, before the race had been halted.

Despite winning the restarted race in his hastily-repaired car, the decision to disqualify him handed victory to his world title rival Lauda, and made the title-deciding season-closer at Fuji all the more difficult.

But a world championship was at stake, and fame and fortune was calling for our hero... 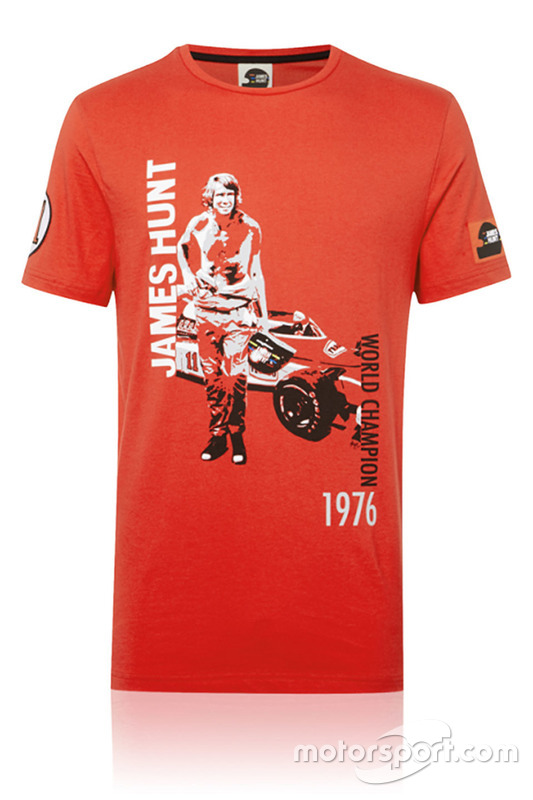 When it came to the title decider, this time Hunt needed officials to see things his way. Torrential rain had put the whole event in doubt, but his McLaren team required the race to happen to have any chance of Hunt overhauling Lauda’s points tally.

What happened in the Fuji race has been well documented over the years – but there are two anecdotes that stand firm in the memories of those involved that day. McLaren truckie Roy Reader and pit crew member Dave Ryan watched history unfold… 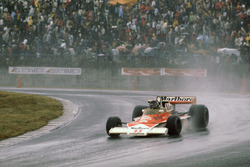 But Ryan recalls a key moment when a staff member moved to rev up the crowd – and excite them so much that there was no way organisers could call off the race.

“Ferrari didn’t want the race to happen,” he said. “It was pretty horrendous. We obviously wanted the race to happen so we tried to get the crowd jee-ed up. The crowd was full, but they just sat there like the Japanese do. 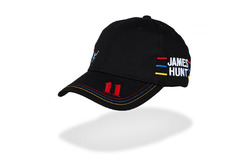 “So one of our mechanics, Lance Gibbs, went out on the pit wall. He had this Acme Thunder whistle. And he started winding them up. And before long, the whole crowd was going.

“That, in my opinion, helped get the race underway because there was a good chance it wasn’t going to happen. It did start, and Ferrari weren’t happy about that. The rest is history.”

Lauda – who had suffered terrible injuries that season at the Nurburgring – thought conditions were too dangerous to race, so he retired to the pits almost immediately, while Hunt continued on a track that began drying. Then, in another dramatic turn of events, he needed to come into the pits with a puncture.

It should have been straightforward to get Hunt back on his way, but McLaren hit trouble – on the corner of the car that Ryan was responsible for...

Ryan explains: “There has been a debate because nobody wanted the responsibility to bring James in. They wanted James to decide, so he was going around and around on a drying track and he was dropping back. 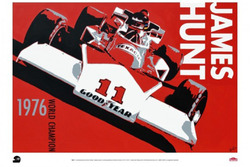 “He eventually came in but as he came in, he had a puncture on the left front which was unfortunately my corner. In those days you did pitstops, but you never really expected to do one, so that is why we had little cantilever jacks

“The idea was the jack would go under the wishbone and raise the wheel enough to get it changed. We practiced it many times but we never practiced it with a flat tyre. Which was kind of stupid!

“But eventually some crew lifted the entire front of the car, and the wheel was changed. James was off grabbing the third place he needed to become champion.”

What made Hunt so special?

“For me he was the last of an era,” concludes Ryan. “He was brilliant in our car that year.

“He had a lot of fun and did what you wanted to do – and you cannot do that now.”

Five things we learned from the British GP