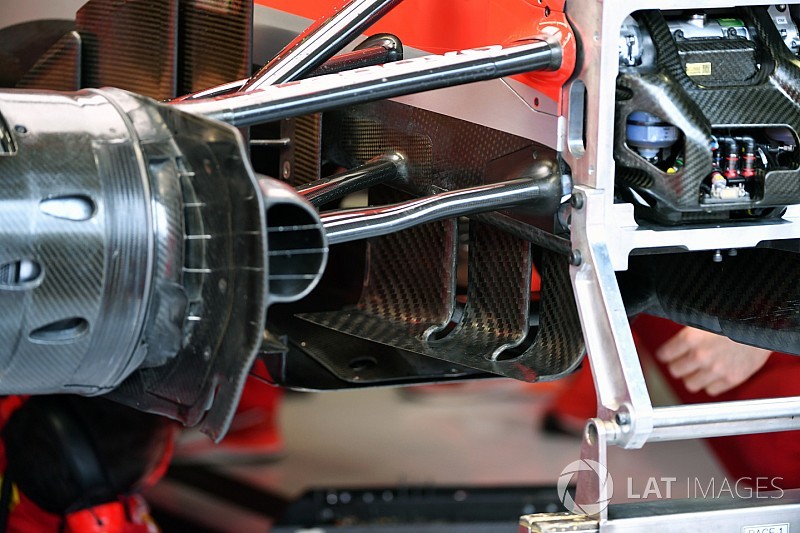 Giorgio Piola and Sutton Images bring you the latest Formula 1 technical developments on show in the Monza garages at the Italian Grand Prix on Friday. Click through the images below... 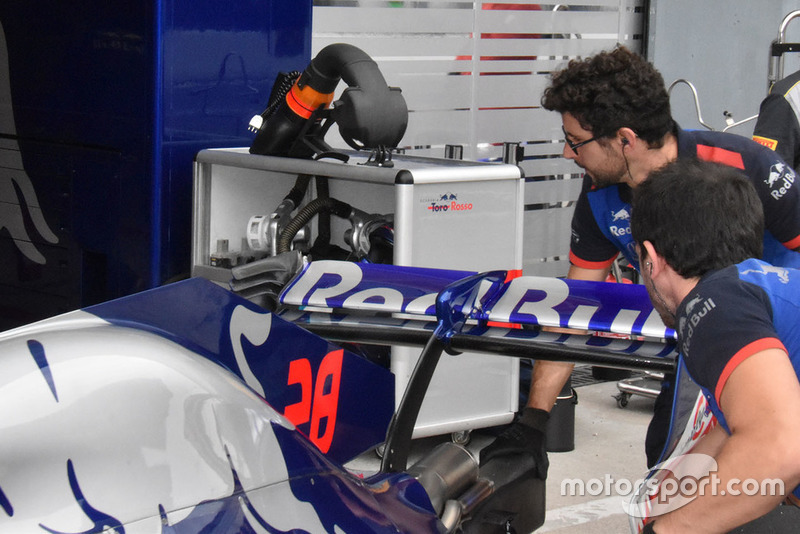 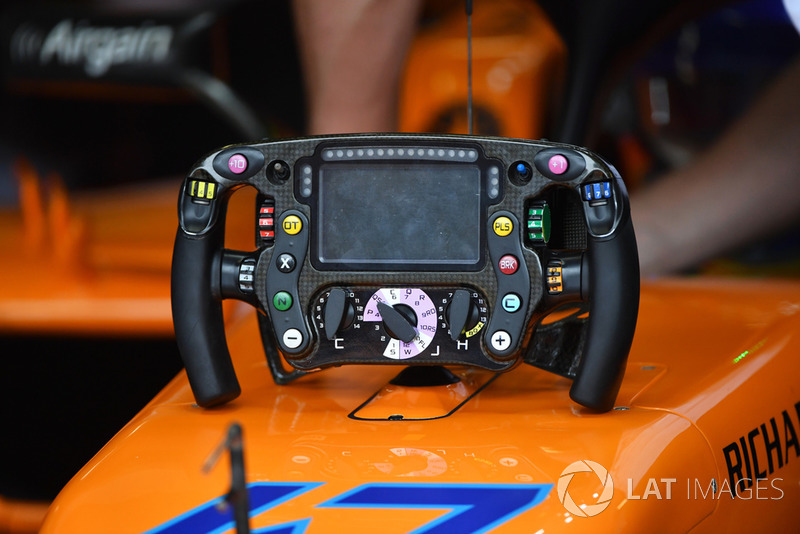 A good look at McLaren’s steering wheel and the various buttons and rotary switches that the driver can use to make adjustments. 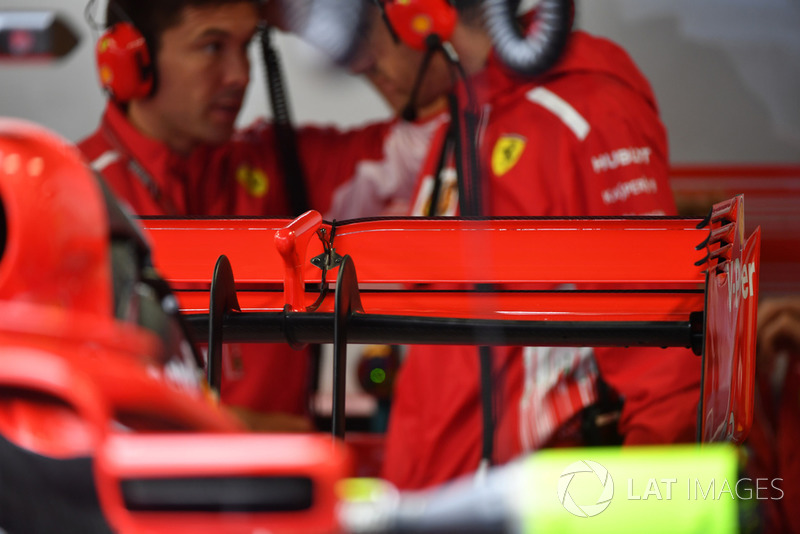 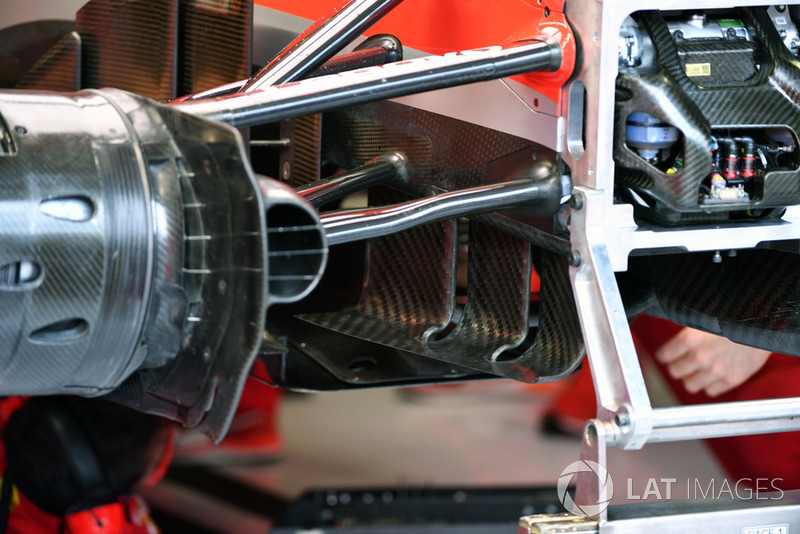 A rare glimpse of the under chassis turning vanes on the Ferrari as the nose was removed. 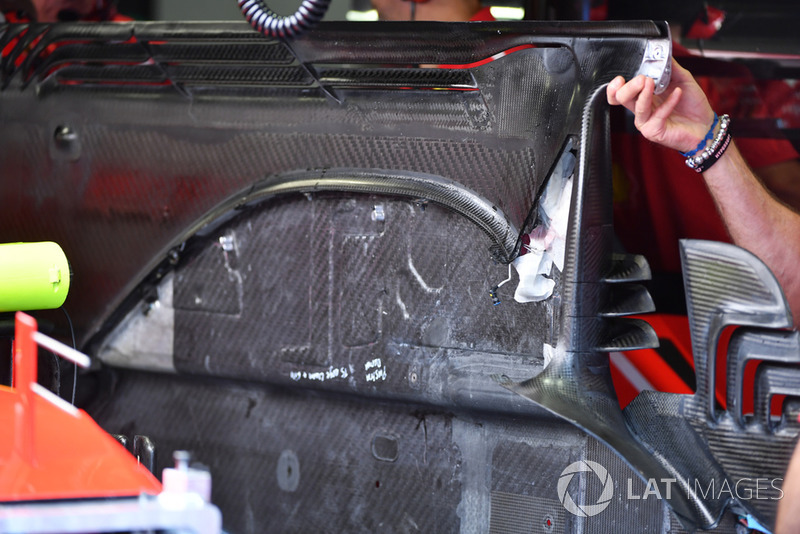 The Ferrari’s floor revealed, as the mechanics carry a new one out into the garage. You’ll note the long slots on the edge of the floor, the three strakes on the leading edge and the L-shaped cutouts made into the splitter extension. 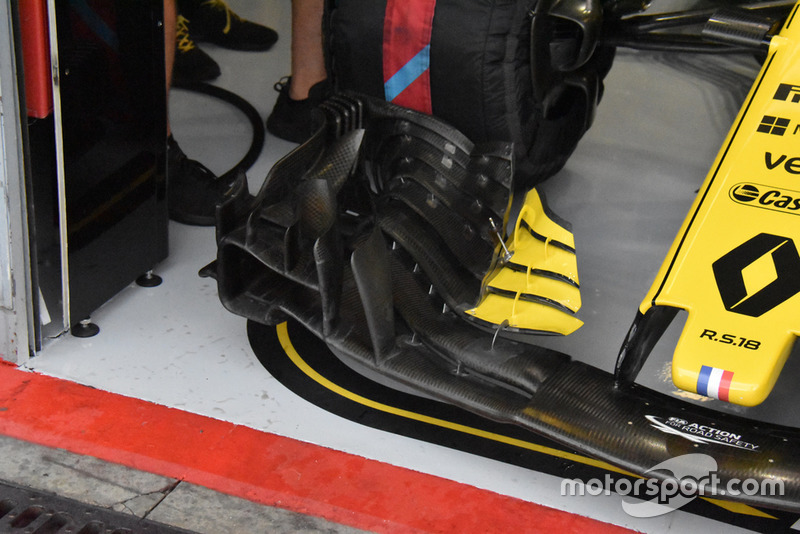 The newer specification front wing of Renault, which features a more inboard adjuster and a narrower flapped section. 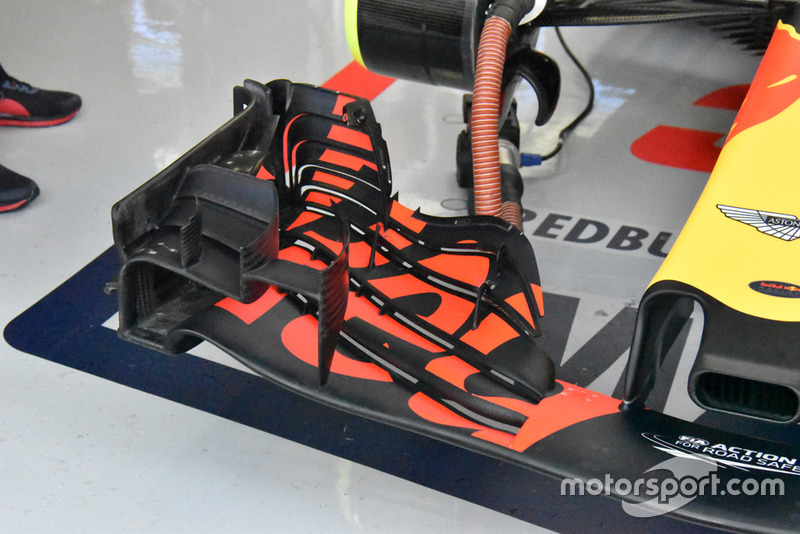 The very low downforce front wing being utilized by Red Bull this weekend. The taller outer part of the wing is responsible for tyre wake management, whereas the inner flaps are more about producing downforce and is why they’ve been reduced significantly for Monza. 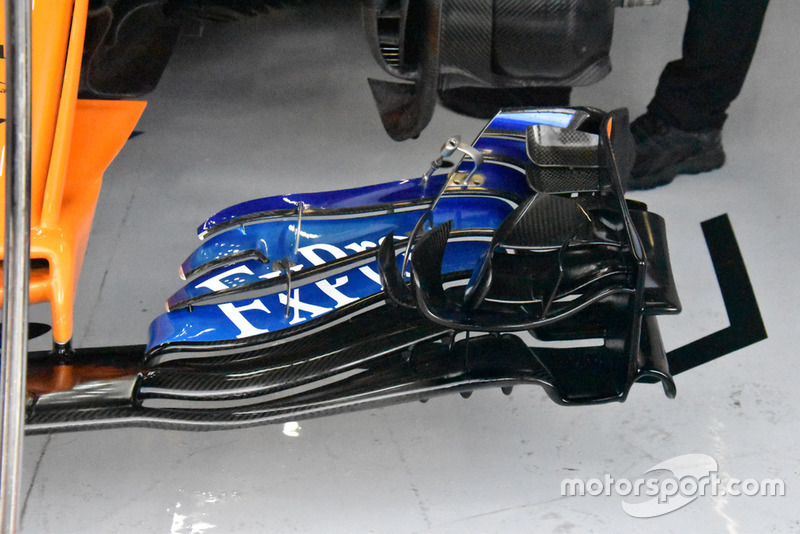 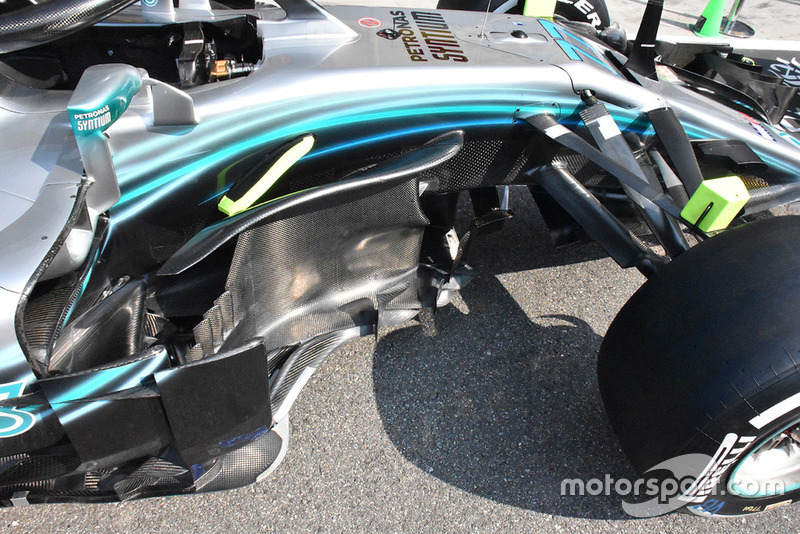 A fantastic overview of the bargeboard region of the Mercedes W09, showcasing the various aerodynamic surfaces used to move the airflow around the sidepods. 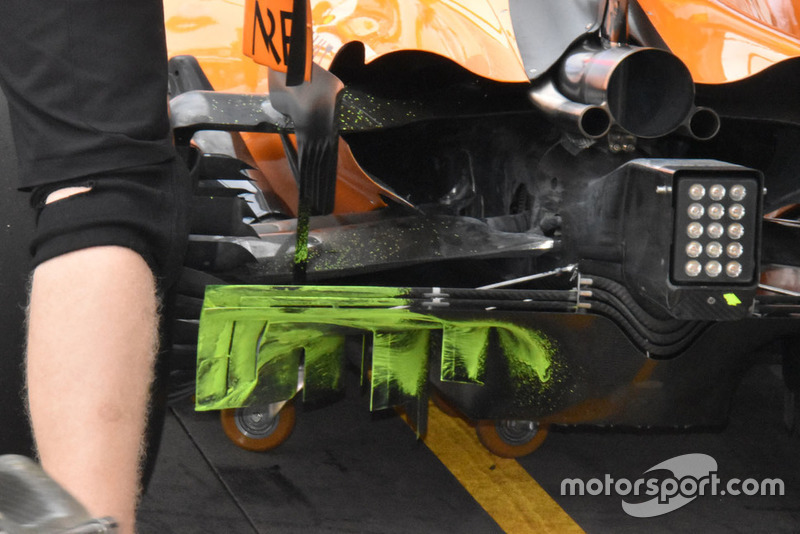 Flo-viz paint was applied to the outer section of the McLaren diffuser in Free Practice.