Is F1's 23-race calendar too much and too ambitious?

Formula 1 unveiled its record-breaking 23-race calendar for the 2021 season on Tuesday, marking the most ambitious and lucrative schedule ever proposed in the series' history.

F1 is not straying from its push to expand the schedule and take the series to new territories despite the impact of the COVID-19 pandemic, which forced more than half of the planned events for 2020 to be cancelled.

As popular as this year's makeshift calendar has proven, reviving old favourites such as Imola and visiting new venues like Portimao and Mugello, a more "normal" calendar was always planned for 2021, the first draft of which was handed to teams last month.

Featuring 23 races - one TBC after Vietnam was scrapped - two triple-headers and ending in early December, the proposed calendar for 2021 is certainly the most ambitious F1 has ever unveiled.

Despite the obvious upsides, will 23 races prove too much for the F1 paddock, and is it realistic?

The addition of another race to the schedule is hardly a surprise. Liberty Media has always had a target of around 25 races per season in mind as part of its plans to expand F1, despite the natural concerns of how it will stretch personnel in teams.

The drivers have always been sympathetic to the stresses more races place on their teams and crew, as exciting as the prospect of racing more may be.

"As a race driver, you want to race as much as you can," said Williams's George Russell. "But ultimately, I know the strain this puts on the engineers and mechanics. We have the luxury sometimes to go back between races, and these guys are often away from their families for three weeks at a time which is just not sustainable.

"If the calendar is going to increase, definitely smaller teams need more help - two lots of teams to be able to spread it out across the course of the season.

"I want to race as much as possible, but it needs to be sensible, and there needs to be a good compromise for the people working because at the end of the day, they have their own lives and their families."

Max Verstappen felt the true strain of adding more races to the schedule was something those making the decisions were perhaps not so aware of: "In the end, the mechanics are the ones who are going to suffer a bit, while the big bosses in Formula 1 arrive later and leave earlier, so of course there it doesn't really change much." 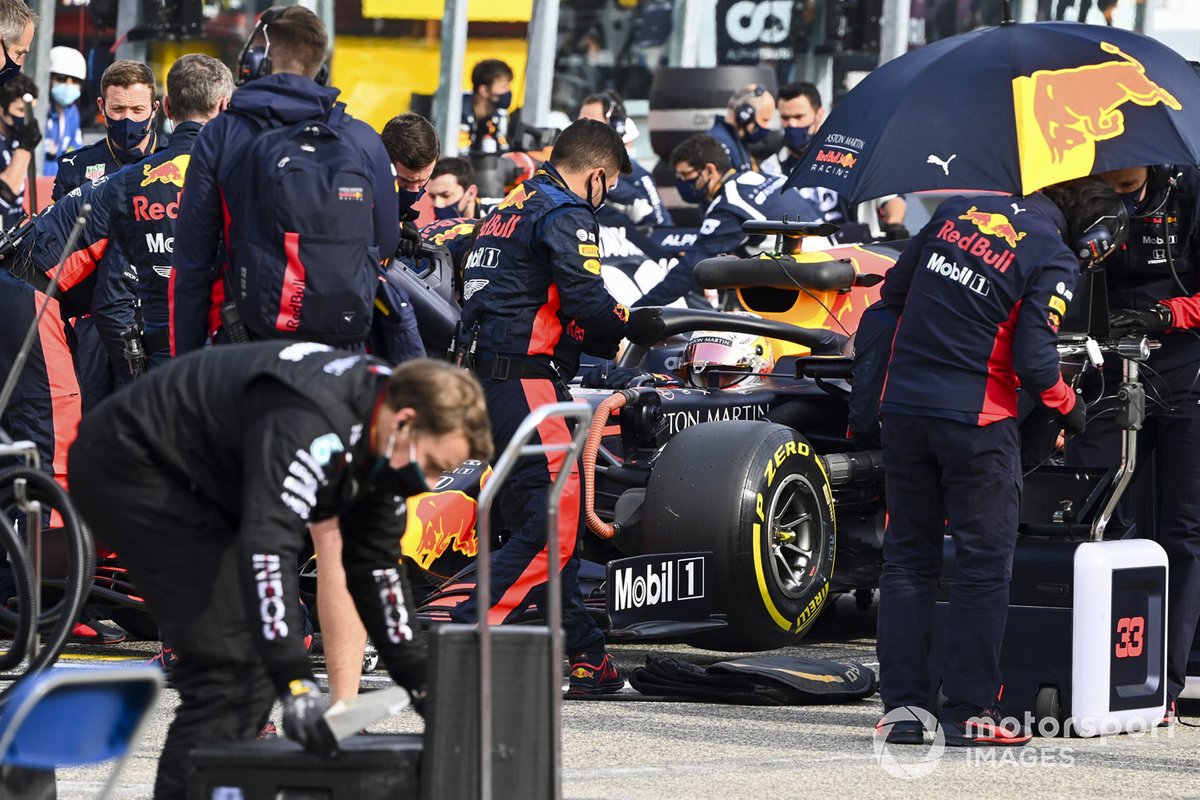 The idea of rotating personnel and crews is something teams have long discussed as the number of races has crept higher and higher. Acting Williams team principal Simon Roberts said it was on the cards already for 2021, ensuring staff do not attend every single grands prix.

"It's something we've been looking at for a few months now," Roberts said. "We plan on be able to create some rotation for people. Being away for 22 or 23 events a year is very, very tiring, and drains energy out the whole team.

"Luckily back at the factory, we've got enough people with experience, and with the current COVID situation we're having to have them on standby anyway. Next year we will basically be rationing out the races for everybody."

Even team bosses are appreciative of the pressures attending every race can bring. Mercedes chief Toto Wolff has spoken openly about the "toll" he has faced during his time at the helm of the championship-winning team, with a cutback in on-site presence being part of his current considerations about his future.

Ferrari team principal Mattia Binotto revealed that he is considering missing some races as early as this year, partly to prepare for more rotation in the future.

"You need to balance your tasks at the race track and at the factory," he said. "For myself, I think I will not be at all the races. Even in 2020, I am considering skipping some of the races in the last part of the season starting from Turkey, but that is more of an eventuality for next year.

"Increasing the number of races there is a judgement that needs to be done to take care where you can on some engineers and technicians to eventually find a balance."

It is not only the number of races that creates a challenge for teams, but also their regularity. F1's first attempt at a triple-header in 2018 - spread across France, Austria and Great Britain - was widely met with disapproval and agreement never to run it due to the pressures it created. 2020's calendar featured four triple-headers out of necessity to get a season completed, but team bosses had warned it could not become the norm.

Alas, the 2021 schedule features two triple-headers, separated by just one week. Spa, Zandvoort and Monza are bunched together in late August/early September, and is followed by a run of Russia, Singapore and Japan. Six races in seven weeks is a big ask - but some are optimistic it will be workable, thanks to some staff rotation and after coping through 2020.

"I'm not overly concerned, honestly," said Renault sporting director Alan Permane. "I think we're going to do four triple-headers this year, if my maths are right, and we've coped well with it. So no, I don't have any big worries.

"The way we organise our travelling staff and their time off and how we rebuild between races works pretty well for us. I'll be very happy to get back to some normality and if we do 23 races, then great." 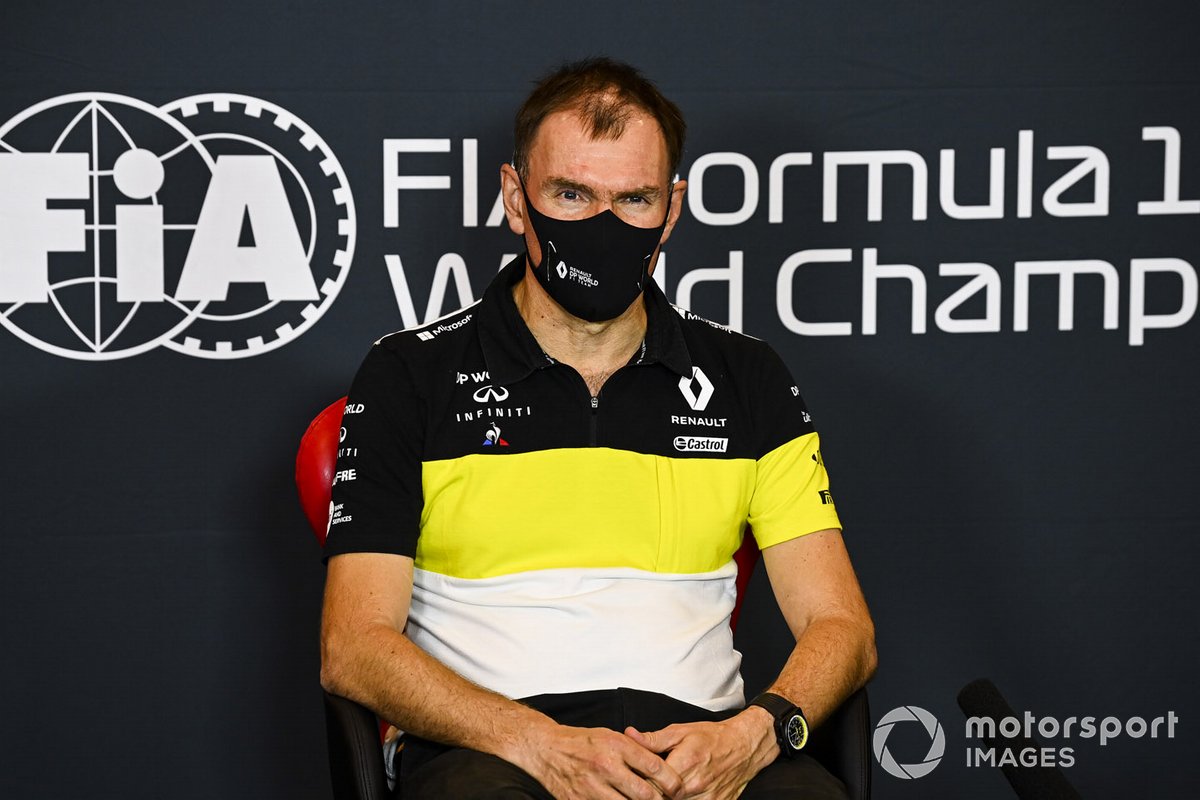 Permane's use of "if" is accurate, as even if 23 races are announced for 2021, the likelihood of the complete calendar remains in doubt due to the fluid nature of the COVID-19 pandemic.

As lockdowns return across the world and infection rates increase, countries may become uneasy about committing to staging major international events. Restrictions on entering and exiting countries will also be something that could bear on the viability of events, particularly in the early part of next season.

But F1 has proven its testing protocols do work, giving the FIA confidence that it could race anywhere safely. And although teams were not informed of any back-up events on next year's calendar, the way in which this year's schedule was salvaged with stand-in circuits proves any gaps that may emerge could be filled. The high level of demand from tracks mean there are few concerns the gap left by Vietnam won't be filled by another track.

The collapse of the Vietnam race is a big blow to F1, given it would have been the first new event brought in under Liberty Media that met its 'destination city' model. But the grand prix is understood to have been blighted with difficulties throughout its planning, and its omission from the calendar is due to the ongoing political issues in Vietnam. The chairman of the Hanoi People's Committee, Nguyen Duc Chung, was arrested in August over corruption charges. He was the former mayor of Hanoi and a major supporter of the grand prix.

One of the biggest question marks on next year's schedule appeared to surround the Brazilian Grand Prix, given the plans to move to Rio de Janeiro. But news emerged last night that the race would be staying at Interlagos due to the tricky time constraints facing the Rio project, which still has not received the required government approvals. Interlagos will, however, race with a new promoter in charge after the existing freebie deal handed out by Bernie Ecclestone expired in 2020.

A 23-race calendar for 2021 is highly ambitious, but as F1 looks to recover from the impact the pandemic and brace for any aftershocks, shooting high is a wise tactic even if it ends up falling a little short.

Quite what the human cost will be on the men and women plying their trade in the paddock is something we will only find out once next season is over - by which point, a figure of 23 races may have already been surpassed in future plans.

The awesome circuits F1 drivers want on the calendar