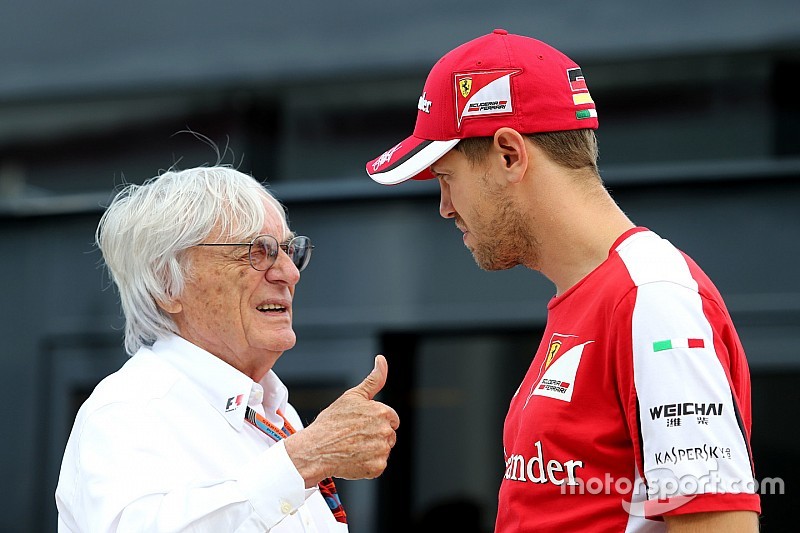 In the latest episode of the Inside Line F1 Podcast, Kunal Shah and Mithila Mehta discusses Sebastian Vettel's credentials to be Bernie Ecclestone's successor and preview the Chinese Grand Prix.

Vettel recently said that he fails to understand the 'selfie generation' and social media. This is possibly why he is 'most suited' to replace Bernie Ecclestone as F1's CEO, say Mithila and Kunal.

The leaked payment reports also indicated that Mclaren-Honda were paid nearly $82 million in 2015 - a tad too much to pay for entertainment alone!

On that note, will Fernando Alonso miss racing in China too? Another chance for Stoffel Vandoorne to be the next Max Verstappen?

Honda announced that they will focus on 'power' in their 'power'units; a season too late? And we also bring to you our special feature - 'Hamming Around With Lewis Hamilton'.

After being humiliated by FAlonso in public a few weeks ago, Johnny Herbert decided to strike back via a video starring his arch-rival, Lewis Hamilton.

Could the famous 'MSC' abbreviation be back in F1? Why the Chinese Grand Prix could be shorter? And finally, why Hamilton might have none or very few followers in China?

And we talk on F1 having a Tinder-type app for their Paddock Club guests.

Kunal Shah is a former racer who works in the sports business industry. He pens his view on Formula 1 on his personal blog: kunalsf1blog.

Analysis: Is it too early for Verstappen to join a top team?