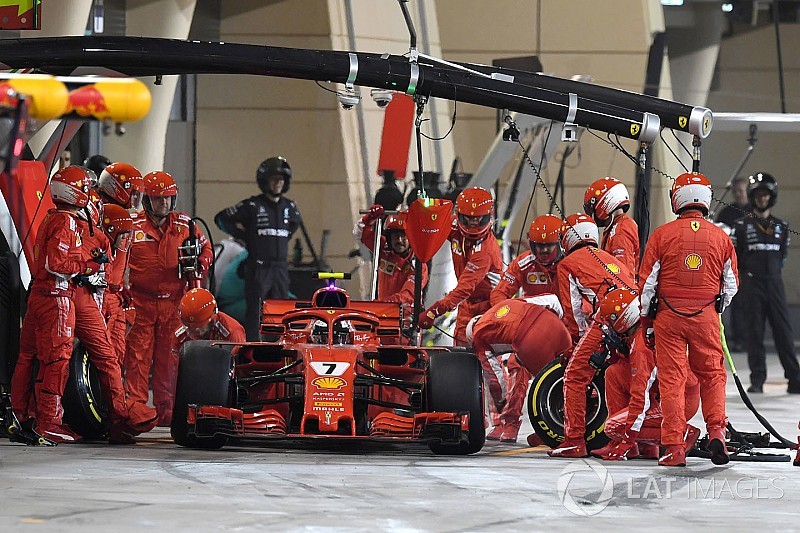 The Ferrari mechanic who suffered a broken leg during Kimi Raikkonen’s race-ending pitstop in the Bahrain Grand Prix has successfully undergone surgery.

Francesco Cigarini was preparing to fit a new left-rear tyre during Raikkonen's second stop when the Finn was mistakenly told to leave the pit box.

Raikkonen ran over Cigarini's left leg as he pulled away, which Ferrari said broke its crew member's shinbone and fibula.

Cigarini was transferred to Bahrain's BDF Hospital and took to social media in the early hours of Monday morning to confirm his surgery was a success.

"The operation went well," he wrote on Instagram. "I want to thank all the people who asked about me and worried. Only a big thank you. Hugs."

After the race Ferrari began investigating why its automated system told Raikkonen the pitstop was finished and he could leave.

The system triggers a green light when the car has four wheels re-fitted, but Raikkonen's left rear had not been removed and when he pulled away he still had the old tyre on.

It is against the regulations for a car to have a mismatched set of tyres, which is why Raikkonen was instructed to stop in the pitlane.

Ferrari was fined €50,000 for the unsafe release, while an answer on the investigation is expected on Monday.