Infiniti Engineering Academy finals to be held at F1 GPs 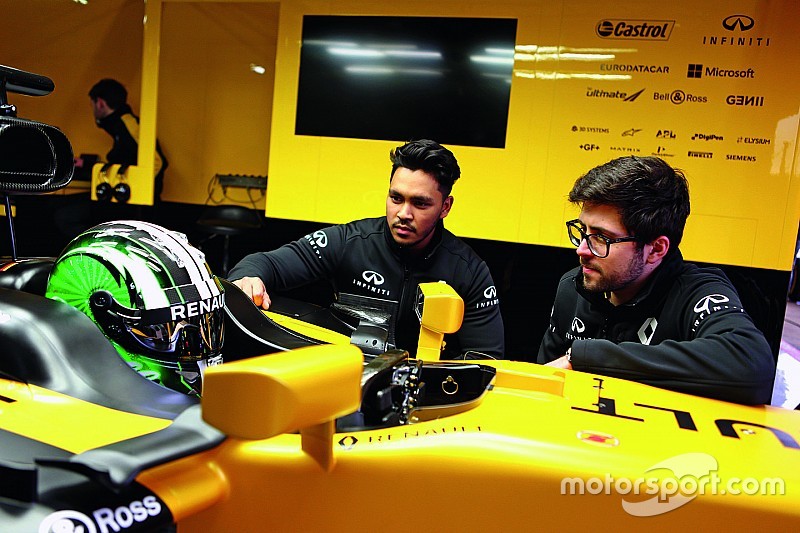 The finals of the Infiniti Engineering Academy will be held during Formula 1 grand prix events this year for the first time.

The academy selects seven student engineers across seven regional competitions – Asia/Oceania, the Middle East, Canada, Mexico, Europe, China and the USA – with the winners being given six-month placements with both the Renault Formula 1 team and at the Infiniti European Engineering Centre at Cranfield.

Applications are now open for the next Infiniti Engineering Academy, and although April's Chinese Grand Prix is too early in the process to stage the China final, the second day of the other six finals will be held on the Thursdays of grands prix using the team garage, motorhome and pitlane.

"This programme brings diversity to Formula 1, which is pretty much a European industry," said Tommaso Volpe, Infiniti Global Motorsport director.

"We take talent from all over the world and the new owner is interested in this.

"After the conversation we had to use the academy to promote the side of F1 which is opening up to new countries, we agreed to hold the finals on track.

"The first day of the final will typically be the Wednesday before the race, and at the end of that day we will select the top three.

"Then, on Thursday, the top three will go through Formula 1-specific challenges in the Renault garage and the winner will be selected.

The Infiniti Engineering Academy will also be boosted by the involvement of Harvard University, which will be involved in the pre-screening of the initial applicants.

Last year, around 12,000 student engineers from 41 countries applied for the competition, from which the 10 candidates for each of the seven regional finals were selected.

"The programme is becoming so famous and relevant in the industry and also in the academic world that we were contacted by Harvard University Professor and social psychology expert Dr Julia Minson," said Volpe.

"Her specialisation is research on the decision-making process, so she asked us if she could be involved in the way we select these engineers.

"After they upload their CVs, the engineers will have to work through a questionnaire designed to understand the way they make decisions in a certain amount of time.

"This data will be analysed and will be one of the criteria we use for the first screening to select the finalists."

A representative of Harvard University will attend all of the finals, and the Infiniti Engineering Academy process will be analysed with the possibility of publishing a scientific study based on it.

"Attracting top new talent is crucial for success in Formula One, and the Infiniti Engineering Academy helps us do that. It's a fantastic, unique and original initiative which brings new and diverse talent to the sport, which is crucial to its future development.

"The Academy Engineers that we have working with us at Enstone are a big asset to us as we continue to strengthen our technical resource. We look forward to recruiting the seven 2018 winners and expect the same great levels of talent we have seen in the previous ones."

McLaren takes up seat on Formula 1 board