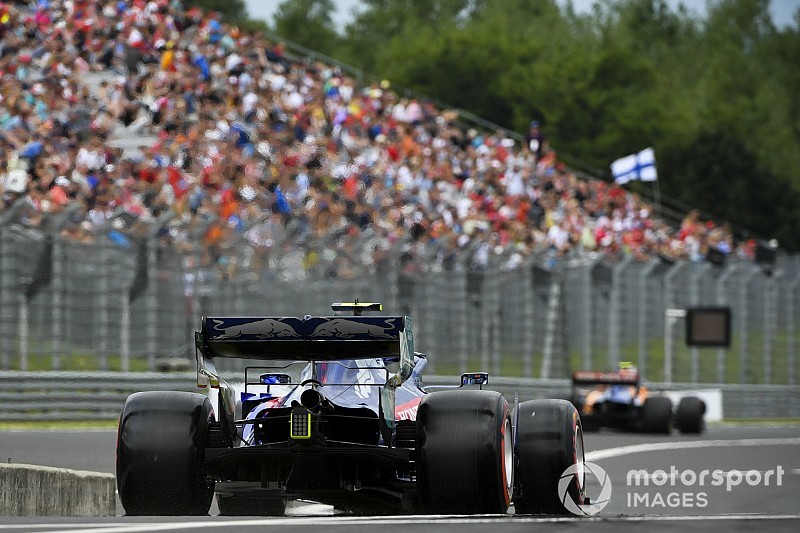 Formula 1 teams have agreed on the compromise of an increased allocation of MGU-Ks in 2020 to help cope with the addition of a 22nd race.

Some teams and power unit manufacturers who have been picking up penalties window with the current level of 21 races had been pushing for an across-the-board increase in allocation of elements for F1's longest-ever calendar next year - but those more confident in their reliability were resisting any change.

In the end it has been agreed that a third MGU-K, putting its allocation on a par with the V6, turbo and MGU-H, was the best compromise. The energy store and control electronics allocation will remain at two per season.

The MGU-K is regarded as the most vulnerable of the three elements currently pegged at two, and as of Friday morning in Spa six drivers have already gone over the limit for this season.

“Obviously it makes sense,” Renault’s Cyril Abiteboul told Motorsport.com. “It was planned for 2021, so we are applying the principle that was agreed for 2021 to 2020, even though it wasn’t in the regulations for 2020.

“Despite that common sense doesn’t always apply in F1, and indeed it was a bit of a struggle. We reached that compromise in Budapest. I understand it was a bit difficult to get people to stick to their word [in the summer break vote], but eventually this is what happened.”

Abiteboul says an additional consideration is that changing the other components independently of the MGU-K can create a lot of extra work, and that replacing the whole unit in one hit is much easier. Even Mercedes, which has no reliability concerns over a 22nd race, has acknowledged that as a positive step.

“It’s good in particular for the mechanics in the garage,” said Abiteboul. “At the moment there is a discrepancy between the number of internal combustion engines and the number of MGU-Ks, three and two.

“And that can create a chaos for the mechanics. The MGU-K is mounted on the ICE, so it makes an awful lot of sense to get the same allocation for both.

“Some people in F1 don’t care about that, but we do. It was important for us to get exactly the same number, and especially with the season getting longer and more flyaway races, and more back-to-backs.”

Abiteboul said Renault would have preferred to have an increase in the energy store and control electronics allocation: “We would have liked it, but I have to accept that it’s a separate component, so the logistics and operational reasoning do not apply to that one. So it was less important to us.”

What Ocon must to do avoid 'negative attention' in 2020