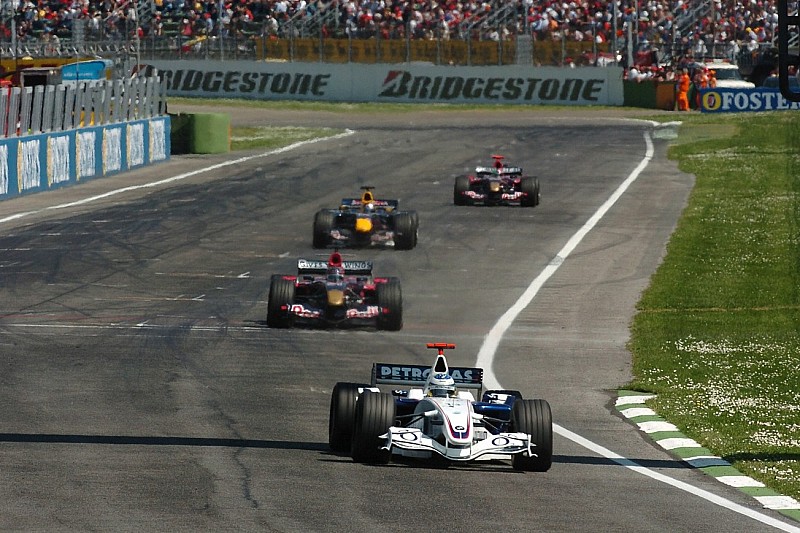 The Imola management has signed an agreement with Bernie Ecclestone to run the Italian GP from 2017, but the plans can only go ahead if the country's national sporting authority gives its approval.

While Imola has signed its side of the deal, Ecclestone can't do so until the ACI formally approves the switch.

Representatives of Imola were at the British GP to meet with Ecclestone and further their case to hold the race.

One possible scenario could be an alternating deal, in the same way that Hockenheim and the Nurburgring shared the German GP, although Imola – which hosted the Italian GP on one previous occasion in 1980 – is also happy to go it alone.

"And he sent us a proposal that we signed and sent back to him. We will be very happy to have F1 back in Imola. Our main effort is to achieve this kind of result.

"It just depends on Angelo Sticchi Damiani. I think it's a political issue. We have an agreement with Bernie, and we only need the approval of the national sporting authority. If in the future there is not an Italian GP, it is only the problem of Mr Sticchi Damiani, who didn't allow this agreement."

Selvatico Estense says Imola also has the backing of the regional government: "Stefano Bonaccini, the president of the region Emilia-Romagna, is supporting us.

"He is a very pragmatic man and he said if you have the contract, Bernie is happy and the national sporting authority approves this agreement, we support you."

Imola is keen to have an answer so that it can get on with preparations.

"I think we don't have too much time to decide. We are going on with the work, also without an answer from Mr Sticchi Damaini.

"I think we have until December, maximum. I think it's the limit, but the best thing will be before so we have one year to promote the race."

Selvatico Estense insists that Imola is in good financial health, and says that the venue continues to be upgraded in preparation for the possible return of F1 for the first time since the 2006 San Marino GP.

"We restructured the company several years ago, and now we're running the company in a good position. We are in a good status. We closed the last three balance sheets positive, with a good result, so we think we are in a strong position to ask for the GP.

F1 tech explained: Paddy Lowe on the mysteries of the F1 steering wheel