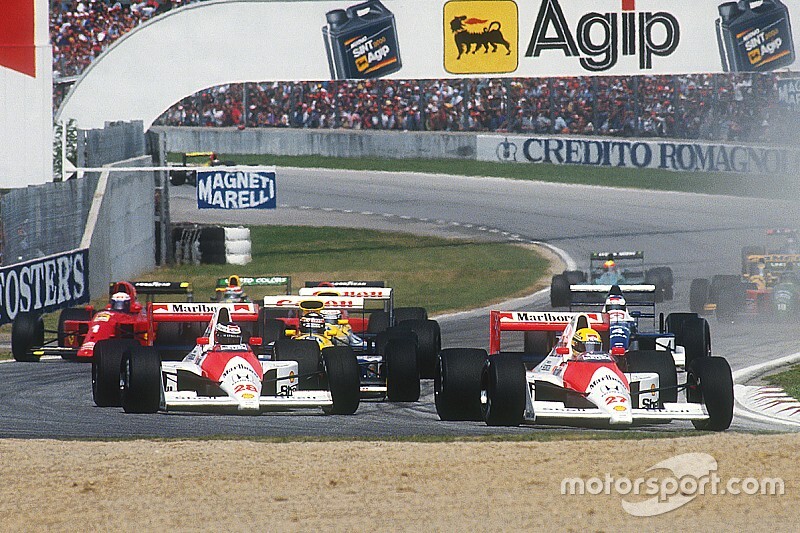 Imola has offered to host a Formula 1 race to replace the cancelled Chinese GP in April – but even the venue’s boss acknowledges that the bid could be a “mission impossible.”

The circuit has approached Automobile Club of Italy president, Angelo Sticchi Damiani, about the possibility of staging a Grand Prix should an opportunity arise.

The Autodromo Enzo e Dino Ferrari last hosted a round of the World Championship under the San Marino GP name in 2006, but the management has never given up its ambitions to bring F1 back. In 2016 it lobbied to host the Italian GP when there were some doubts over Monza’s future. In March 2011 the track stepped in at a late stage to host the GP2 Asia series, replacing rounds that were lost when two weekends of racing in Bahrain were cancelled due to civil unrest.

Imola president Uberto Selvatico Estense insisted that the venue could be ready on time, and said that it is licensed for F1 cars.

“It would be very difficult to arrange it, but the track is ready,” he told Motorsport.com. “We can move very fast to host a grand prix as we did in the past. We would not be at our best, of course. But if it’s necessary, we will move on with it.

“We’ve got the homologation for F1. The pit building is OK. I think we miss some parts of the hospitality, but we can organize it very quickly if necessary.”

Despite his enthusiasm, Selvatico Estense acknowledged that the logistical and commercial issues could yet prove insurmountable.

“It’s kind of a mission impossible, but why not?” he said. “Anything is possible if Liberty wants. I’m a dreamer! I always hoped that this opportunity would come. But it’s very difficult, it’s true.”

Inevitably, given the timeframe and lack of time to sell tickets, Imola would not be able to pay a representative European race hosting fee, which may make the plan a non-starter for Liberty from the outset, even without any logistical issues.

“For sure it will not be possible to pay the same fee that others are paying,” Selvatico Estense continued. “But it happened in a similar way in the past with the GP2 series, when the promoter asked us to solve the problem. Finally we reached an agreement and it was possible.

“But we are facing a good time with the political situation. We have a new president of the region, Emilia Romagna [Stefano Bonaccini, elected in 2014]. And we are talking about a very important sports event. So I think people will do their best effort, although I don’t know if will be sufficient.”

Selvatico Estense said that the traditional San Marino GP name could be revived if the race received the go-ahead.

“We have the opportunity to use the San Marino name, because I spoke in the past with those guys, and they agreed. So I think it should not be a problem.”