I must develop as much as Ferrari, says new boy Clear 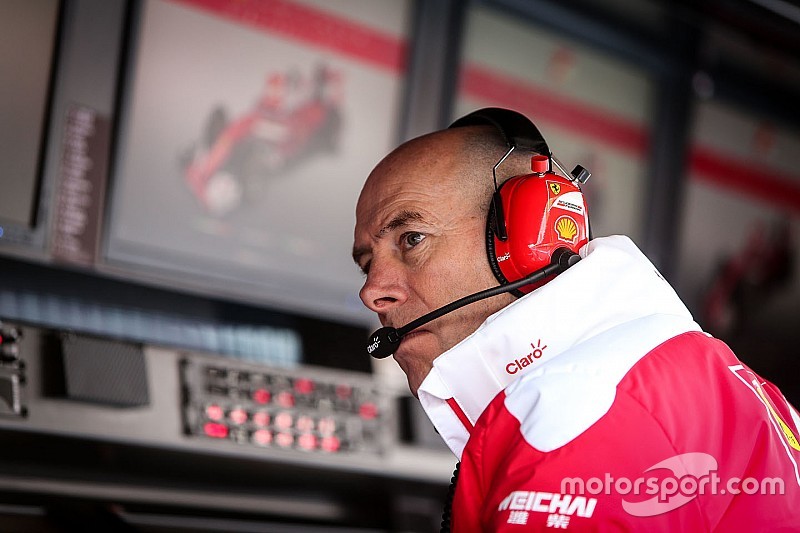 Ferrari's push to make the steps it needs to overhaul Mercedes for Formula 1 championship glory has included the recruitment of one its leading engineers Jock Clear.

But while Clear's arrival as head of trackside engineering has been viewed as a coup by the Italian outfit in gaining some crucial understanding of its main rival, the man himself is open that he has as much room for improvement as his new home.

"What I know about winning championships is no longer good enough to win championships," he told media in the Albert Park. "So I have to evolve as well.

"I have to develop with the team. I am not coming here and saying: 'I know what you need to do to win the championship.' Because that won't work any more – the sport moves too fast."

Motorsport.com heard from Clear as he told journalists about what he has been up to since his move became public, what his new responsibilities are and how he views things ahead of the 2016 season.

What makes Ferrari so special?

Jock Clear: It is great to be wearing red. When you get into motorsport, there is one name which is synonymous with motorsport at the highest level and that is Ferrari. We have huge respect for all our opposition up and down the pit lane and I have worked with many of the guys out there over the year.

But as a young kid, you dream about working for Ferrari and now I am, so it is a dream come true. The welcome has been fantastic in Maranello. The team is going in the right direction and I am just hugely honoured to be part of this team. It is great.

What are your duties and what does Ferrari expect of you?

JC: In everyday life, my responsibility is to get the track side operations working efficiently and ultimately delivering the performance that is in the car, the performance that has been provided, by all that work back at the factory, by all the development that goes on to get us here now. We have got to deliver.

Looking after a team of 50 people around the world, 21 races, is tough and a lot of that is human. I think a lot of my responsibility here is to look after the people and put them in the position where they have the support both from the factory and from the people around them here at the track to do the job as best as they can 21 weekends of the year. And that is tough.

We are travelling all the way around the world and people get tired. The cars are more and more complicated and my responsibility is to try to give those guys every opportunity to put the drivers out in the best position every race.

You know what it is like to win world championships. Can you see areas where this team is lacking, or do you think it is just a question of maximising what you have?

JC: It is an inevitable question and it is always very difficult. If you look at any sport. If you were as good as you were 10 years ago, you won't be anywhere near good enough now. So the championship I am going to win with Ferrari is going to be at a new level. It is going to be better than we ever were when we won championships with other teams. That is the same for all of us.

The fact is. what I know about winning championships is no longer good enough to win championships. So I have to evolve as well. I have to develop with the team. I am not coming here and saying: 'I know what you need to do to win the championship.'

Because that won't work any more – the sport moves too fast. And as such I am developing with the team and I am confident that we are developing in a direction to win a championship with Ferrari.

What did you do during the last year?

JC: Obviously my year's notice started in December, and finished in December of 2015. But I did the first 10 races of the season with Mercedes. My relationship with Mercedes was very good. They respected my decision, but they felt I still had something to contribute, albeit back at the factory, for the first seven months of 2015.

After that, the job was just getting out to Italy. Moving the family out to Italy. It was never going to be an option for me to commute. I have a young family and we wanted to grasp this opportunity and really buy into what we were doing. So the family are in Italy and we are all settled there now.

It was a great opportunity over those last few months of last year, getting to know a few people in the area, making sure I am comfortable there and I started work in January with everything in place and relaxed and calm and not having to battle with everyday life. Just focused on getting Ferrari the best opportunity we can.

Was it hard to be away from F1?

JC: It is difficult. Watching races was desperately hard for me. I had done 21 years of every race, so doing last year from the sofa was not very much fun at all. And it is incredible how quickly you lose touch with the rhythm and the decision-making process that goes on throughout qualifying and throughout races, and that is something I am still going to have to get back up to speed with.

I haven't done a qualifying session for over a year now and I haven't done a race for over a year. I am preparing myself for a bit of a culture shock tomorrow when I realise exactly how demanding this is of everybody around me. But Ferrari have not been standing still. They have some very good guys who are well up to speed and they will look after me.

What do you bring from your experience at Mercedes?

I trust that the people who made the decision to recruit me are of the opinion that my particular experience fits into their future with this team. And I trust their judgement, so I am going to deliver what I can deliver.

My experience is my experience. I don't know how that differs from other people's – different drivers, different teams – but I am a different person.

I trust the fact that James [Allison] and Maurizio [Arrivabene], who made this decision, made the right decision. I am sure they have and I have confidence that together we will be a better team.

Building team from ground up "not new" to Grosjean