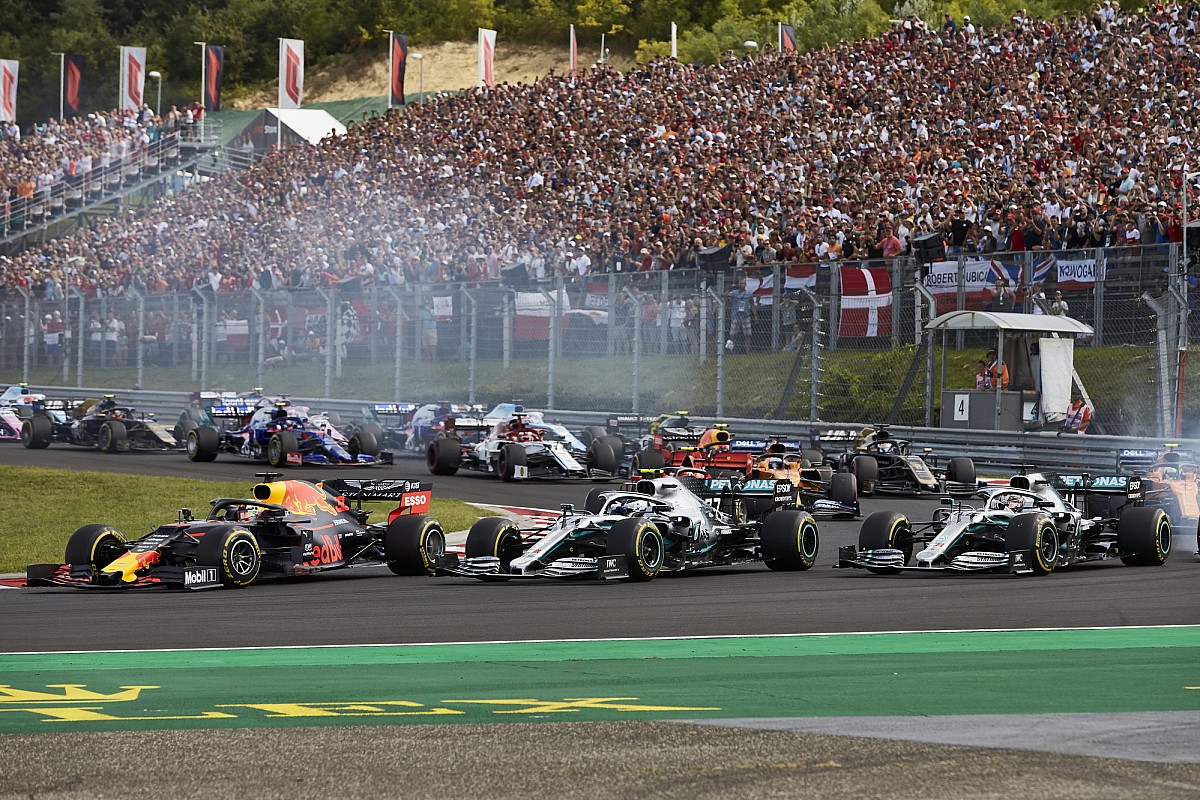 Following the opening two races of the 2020 season at the Red Bull Ring in Austria, the Formula 1 fraternity will travel across the border for the Hungarian Grand Prix on July 17-19. Here's how you can watch the Hungarian GP qualifying in your country.

Mercedes heads to Hungary on the back of a double victory in Austria, with Valtteri Bottas and Lewis Hamilton scoring one win apiece in the Red Bull Ring double header.

However, the German manufacturer is wary of Red Bull this time, given the RB16's strength in slow-speed corners.

Sergio Perez's charge through the field in the Styrian Grand Prix suggests Racing Point could potentially be the third best team on the grid. If Perez and teammate Lance Stroll qualify well in the Hungarian GP, they could potentially challenge McLaren drivers Lando Norris and Carlos Sainz for a top five result.

Ferrari's new upgrade package will be unveiled in full this weekend, and the Scuderia will have high hopes from it after a double DNF in Styria.

What time does qualifying for the Hungarian Grand Prix start?

The Hungarian Grand Prix qualifying will kick off on Saturday at 3pm local time in Budapest and conclude at 4pm local time.

Europe: Viewers in the UK and Italy can tune into Sky TV for live broadcast of qualifying. RTL will show the session in Germany, Movistar will telecast it in Spain and Canal+ will carry the coverage in France.

Viewers from selected countries can subscribe to F1 TV to stream qualifying on a device of their choice. F1 fans in Spain can watch qualifying online on Movistar F1, while Sky TV has a similar streaming service in the UK.

Motorsport.com will be presenting its live coverage of qualifying straight from the Hungaroring. Make sure to check our website for live updates throughout the session.

Expect a sunny day at Budapest on Saturday, although conditions are going to be cooler than previous years. According to the latest forecast, the maximum temperature would be 23C and minimum temperature 15C.

Verstappen has "a lot of work to do" after practice