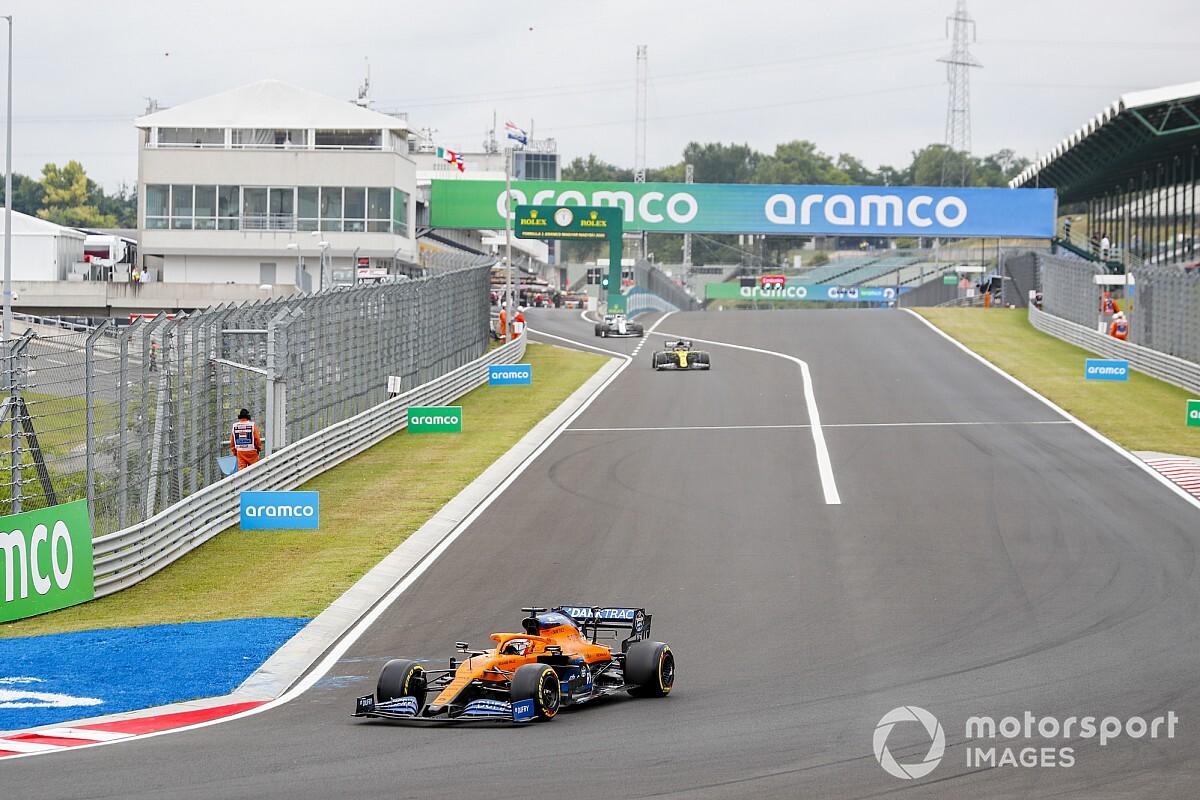 The Hungaroing will host the third round of the 2020 Formula 1 season on July 17-19. Here's how and when you can watch Sunday's Hungarian Grand Prix in your country.

The Hungarian GP has been an ever-present fixture on the F1 calendar since 1986. McLaren is the most successful team at the Hungaroing with 12 wins, but Mercedes has won the last two races at this venue.

Red Bull hasn't scored a single win at the Hungaroring since 2014, although it did come close to ending its win drought last year.

Mercedes locked out the front row of the grid, with Lewis Hamilton claiming pole position from teammate Valtteri Bottas. Lance Stroll will start a strong third ahead of the sister Racing Point of Sergio Perez.

Red Bull struggled in qualifying at a track that was supposed to suit the RB16. Max Verstappen qualified a lowly 17th, while Alex Albon failed to get into Q3 and will start 13th.

When is the Formula 1 Hungarian Grand Prix?

The Hungarian GP takes place on July 19th at the Hungaroing circuit located just outside the capital city of Budapest.

How can I watch the Hungarian Grand Prix?

The Hungarian Grand Prix will be broadcast live in nearly every country around the world.

Europe: Viewers in the UK can tune into Sky Sports F1 to watch the live coverage of the Hungarian GP, while Sky TV will also broadcast the race in Italy. RTL will show the race in Germany, Movistar will telecast it in Spain and Canal+ will carry the coverage in France.

North America: The Austrian GP will be broadcast in the US on ESPN, in Mexico on Tudn and in Canada on TSN/RDS.

Oceanica: Fox Sports 506 will bring live coverage from the Hungaroring to viewers in Australia. Spark Sport will show the race in New Zealand.

Can I stream the Hungarian Grand Prix?

According to the latest weather forecast, rain is set to hit Budapest on Sunday.