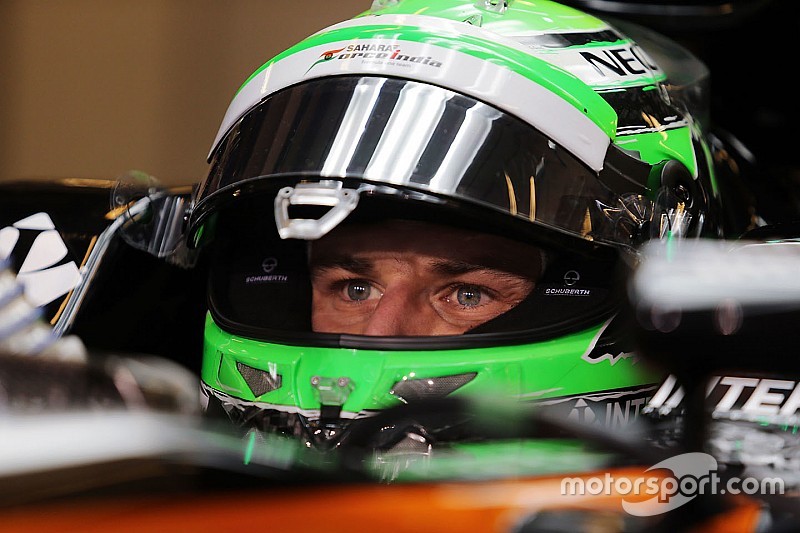 Nico Hulkenberg says he has now resorted to just "laughing" about the bad luck he has in Formula 1 – after still having failed to register his first podium finish.

Despite having earned a pole position during his maiden 2010 season, his spells at Williams, Sauber and Force India have still not resulted in him delivering a top three finish.

That situation has been down to a mixture of poor reliability and bad luck, which again showed up at the Brazilian Grand Prix when a potential podium slipped from his grasp after he hit debris from Kimi Raikkonen’s car and then later suffered a puncture.

Reflecting on that most recent frustration, Hulkenberg said: “Of course it was disappointing. But I am tired of being frustrated about it, so I just laugh about it now. It is just – I don’t know why. It is not meant to happen.

“It was one of these days where I did a pretty good job. The car was good, everything was there, but unfortunately some debris cut the tyre and the rest is history.”

Hulkenberg said he did not believe in bad luck and felt that there was no underlying reason as to why he had been the one who had missed out on podium chances.

“I don’t believe in these things,” said the Renault-bound driver. “I believe in hard work and good decisions and the rest it will come or it doesn’t.

“It is a shame because I would have liked obviously to have scored a podium for myself and the team of course, but it hasn’t happened!”

When asked if he ever got in the mindset of feeling he was an unlucky driver, Hulkenberg said: “It did this year, there are a few cases where for sure it happened and we were just unlucky, I don’t know why.

“But it is not that I think about it and cry that I am always the unlucky one. It is just life, hopefully it returns the other way a favour in the next few years.”