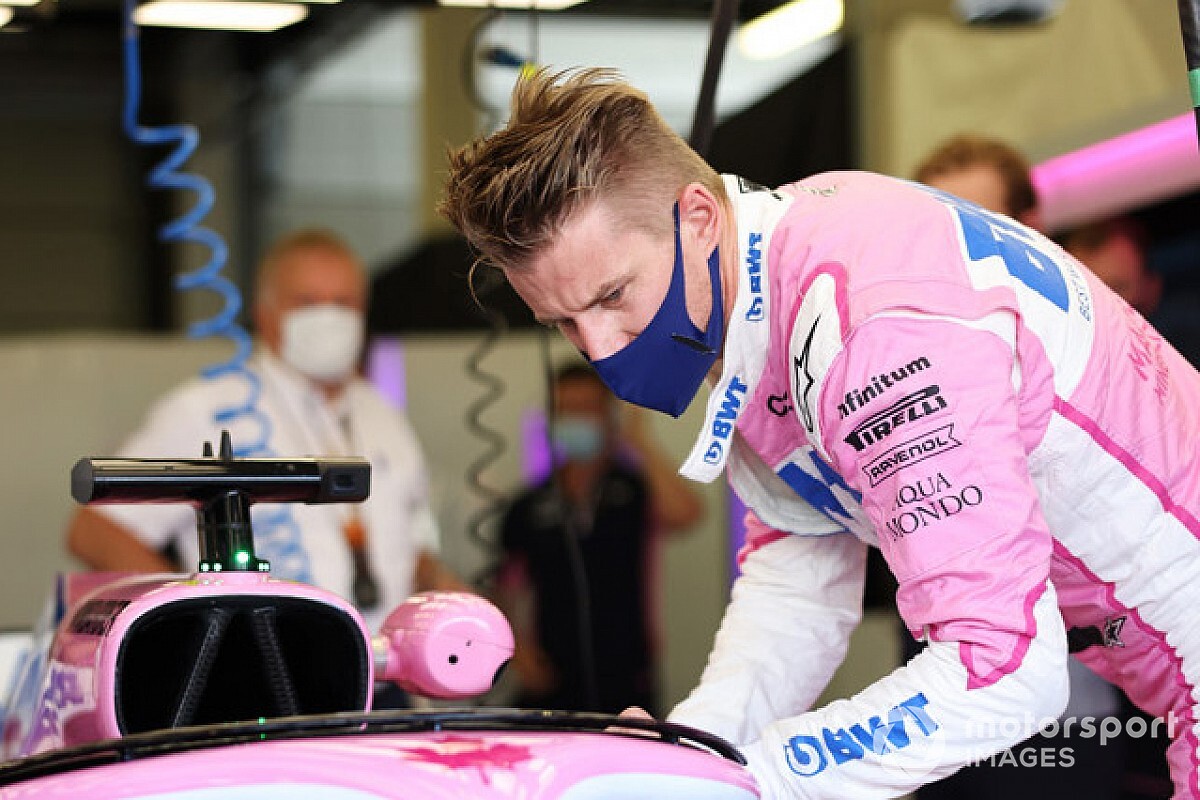 Hulkenberg last drove for the former Force India team in 2016, prior to a three-year stint at Renault. His familiarity with the Silverstone outfit meant that he was quickly able to get up to speed with the car’s systems and the team’s way of working.

However he failed to progress from Q2 and will start the race from 13th place, seven spots behind team mate Lance Stroll.

Green said Hulkenberg adapted quickly, despite having limited time on Thursday evening and Friday morning to learn the latest version of the steering wheel.

“We're not aware of the procedures that went on at Renault, but he's got a good memory,” said Green. “And I think a lot of the procedures that he was used to when he was driving for us for quite a few seasons haven't really changed. They might have evolved a bit, but the general principles behind them are all very similar.

“So he did slip into it incredibly seamlessly. It was like he'd never left. Which is the reason why we wanted him in the car in the first place. It's such short notice we wanted someone who we knew we could get the maximum out of in a very short space of time. So in that respect, it wasn't that arduous for him. I think the switch was relatively simple.”

Inevitably a lack of race fitness means that Hulkenberg has had some neck issues.

“His biggest disadvantage is not being in a car for nine months.” said Green. “I think not being in the seat for that length of time, he's a bit rusty. I think from an installation point of view it went quite well. There are still some modifications we could make to make it slightly more comfortable, but he hasn't really complained about the comfort in the car at all since he got in it.

“Lance is quite a tall driver, so he's pretty close, he’s within two centimetres of Lance. So it wasn't too much of a squeeze.

“The biggest thing is just time in the car. I think if he has a good race and gets 50-odd laps under his belt, he'll come out of that probably a bit tired for sure and a bit sore on Monday, but with a lot more knowledge.”

Green said the team had to compromise its planned weekend test programme so that Hulkenberg could focus on getting himself up to speed, rather than working on the car.

“We did make a conscious effort to reduce his workload. We haven't put a big emphasis on him doing tests and big set-up changes, compares and things like that, we just concentrated on the basics.

“We changed our plans completely after Thursday of how we were going to approach the weekend. It was all about just doing the simple stuff, not doing experiments and just making sure we don't make too many mistakes. Just get the basics right. And I think we've just about come out of it and done that.

“We made a conscious effort to focus on the Sunday, less on a Saturday. But I think from Nico's perspective, he fitted in really well.”

Green admitted that the team as a whole had underperformed on Saturday after Stroll topped the times in FP2 on Friday.

“We lost pace, and there's a number of areas that we're looking at. Both drivers thought that the pace was there in the car, and they went to push and it wasn't there. So that's something we do need to look at. Definitely a change in climatic conditions is probably a big factor in why we lost some relative pace.

“So we're going to look into that, where the conditions are again different [for Sunday], and they'll be different again next week. So we did need to get on top of that. And also question marks over power unit deployment, and we'll be utilising that to the best of our abilities. So there are lots of areas we didn't get right. And we can see that we have underperformed for sure.

“With Nico, you can expect that, it's day two. And he hasn't done that many laps. So I think he's done a great job to get to where he's got to in such a short space of time. I think with Lance, we were definitely expecting a little bit more.”