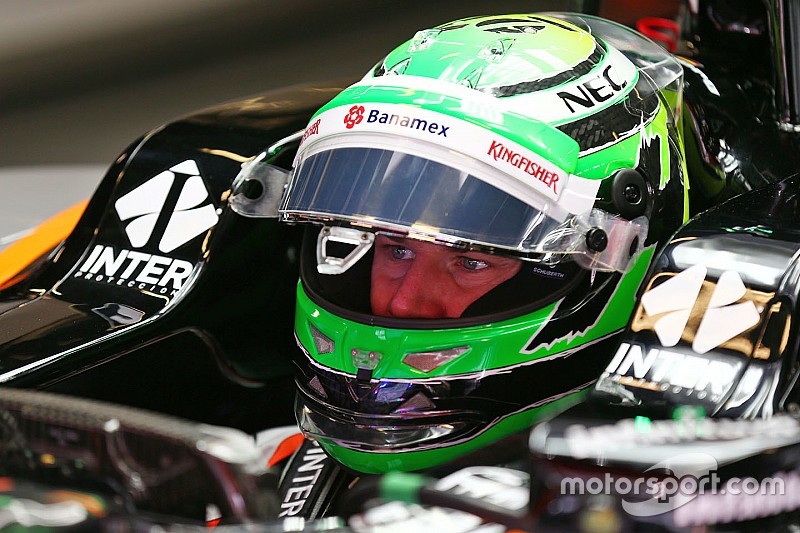 Force India's Nico Hulkenberg has cautioned the team and its fans against being "too excited" over the VJM09 topping the timesheets on Day 3 of the Barcelona test.

A run on supersofts put Hulkenberg more than two seconds and a half clear of the field on Wednesday as he recorded the new car's quickest lap around the track.

The German confirmed that it was a "positive" day for his squad but was quick to insist that the other teams were not pushing nearly as hard and that Force India still can't be sure where it stands in the running order.

When asked about his headline-making time by Motorsport.com, Hulkenberg said: "I wouldn’t get too excited at this early stage.

"Today we tried a bit more to test where our package stands, more than the competition for sure, so [there's] no reason to get overexcited.

"The package looks ok so far, but there’s still a lot of work to do."

Talking about whether the new car represents a step forward for the team, he noted: "Last year where we finished was pretty decent.

"It’s always difficult to compare when tyres and some other things change, but it feels good, like we’re heading in the right direction.