Nico Hulkenberg admits he faced an "overload of information" after jumping into the 2022 Aston Martin Formula 1 car in Bahrain on Friday.

The German arrived in the country just after midnight on Thursday after being called up to replace Sebastian Vettel, who was sidelined by a positive COVID test.

After a seat-fitting in the AMR22 on Friday morning, Hulkenberg finished FP1 in 14th place, and he was then 17th in FP2.

In the latter session he was just 0.103s behind teammate Lance Stroll, although the Canadian made a mistake on his soft tyre lap.

"I started from plain zero this morning, and got settled in quite okay," said Hulkenberg. "Obviously there's always room for improvement. And we'll learn, and process everything overnight.

"Today was just an overload of information, of data, of everything, a lot of emotions as well, obviously. But it was fun being back in an F1 car, having the speed sensation and the g-force back. So I enjoyed that one certainly, and look forward to the rest now."

Hulkenberg admitted that he found the AMR22 a bigger change than he expected relative to the F1 cars he was used to driving, having made his last race start with the then Racing Point team in 2020.

"I was surprised how different it is, the feel of the tyres especially. So that took some time to get used to, and it will still do. The braking process is obviously adapted to this car in combination with the tyres. Certainly very different. 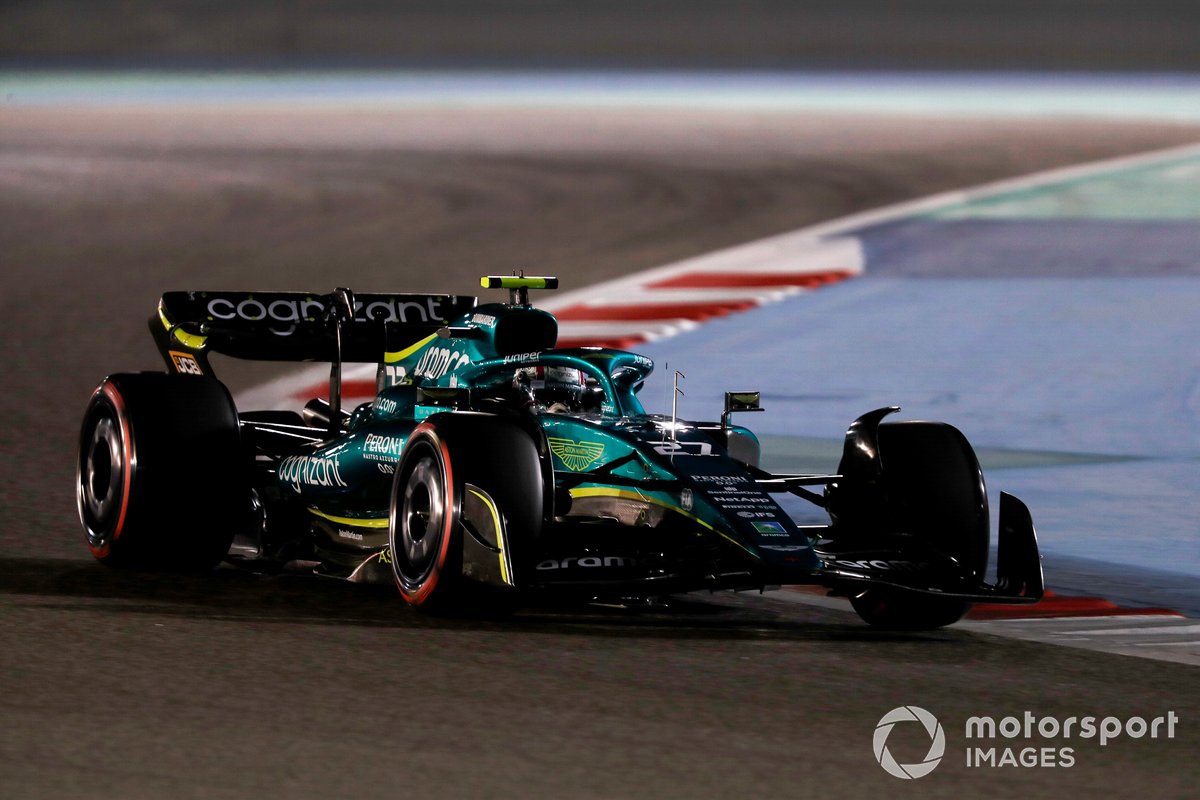 "It's a funny one. Obviously, driving the car is kind of always the same. But if you go into details, that's where the differences are.

Hulkenberg said he was pleased with the progress he made throughout the day.

"I'm quite happy with I think the feeling, and then how I could build today, run after run, and then get a better harmony in the car.

"I think given where we started, and given the amount of time, I think that was a pretty OK day. And that was what I was looking for from today, just to build some confidence in the car, and kind of get comfortable as much as I can. And I think I've achieved that.

"But Friday obviously is practice, you just drive around on your own, you've got reasonably fresh tyres. So in that respect it's probably the easiest of days from the weekend."

Hulkenberg revealed that he had been in contact with Vettel before driving the car.

"We spoke yesterday. He's given me obviously his feedback about things, what I should look out for, what he thinks about how the car wants to be driven, etcetera.

"It's always good to have that, but obviously, as a race driver, you've got to go in, you've got to feel it yourself, and live it. Which obviously what we have done today."