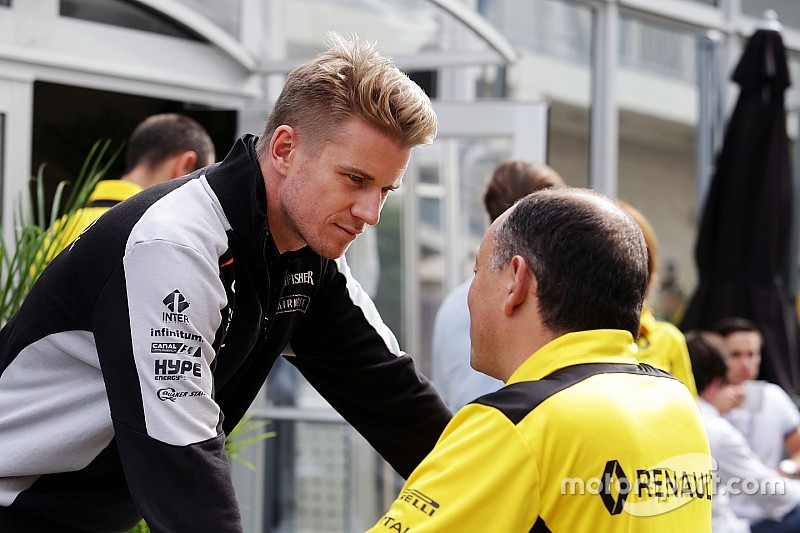 The ART Grand Prix boss had been instrumental in convincing Hulkenberg, who raced for ART in Formula 3 and GP2, to move across from Force India to Renault for the 2017 season.

However, Vasseur admits the German driver didn't respond well when he was told of the news of the Frenchman's departure.

"I am close to Nico and I put a lot of efforts in getting him drive for Renault," Vasseur told Canal+ Sport. "I think my decision to leave the team was best because it was not working, it's clear.

"Nico and I talked a lot about my decision. He's been very supportive. My decision was hard for him to accept, but he is fully involved and he will give his best. That's a reason why I wanted him in the team.

"The team is being restructured and for me it was important to have a leader. Whatever may happen, Nico will act as a leader and pull the team forward. I think it's a crucial factor in the success of a team."

Vasseur re-affirmed his belief that Hulkenberg, who won the GP2 title with ART in 2009 ahead of his graduation to F1 the following year, has the potential to be world champion.

"I think he's one of the most talented drivers I've seen in the junior series for the past 10 years," said Vasseur of Hulkenberg.

"Only three drivers captured the GP2 title in their rookie season: Lewis Hamilton, Nico Rosberg and Nico Hulkenberg. I think Nico is one of the few drivers who can win the world championship."

As for his own future, Vasseur - who also founded Formula E chassis supplier Spark Racing Technologies - was coy as to whether he may reappear with another F1 team down the line.

"I'm already involved in Formula E and I really enjoy it. I will continue to follow it despite the fact that I am less involved nowadays," said Vasseur when asked about his plans.

"I also have a team running in the GP2 Series [ART], but I'm not really concerned in its daily running.

"As far as Formula 1 is concerned, we'll see what the future holds."

Tech analysis: Why Honda backtracked on its size-zero concept