How track limits became the talk of the Bahrain GP

The abuse of track limits has become an ongoing topic in Formula 1 in recent years, and on Sunday the subject took a little shine off what had otherwise been a fantastic race for the sport.

Those limits were at the heart of the battle between Lewis Hamilton and Max Verstappen. The race winner downplayed any advantage he may have gained by consistently running wide at Turn 4 – suggesting that he actually helped his tyres when he stopped doing it – but his rival remained convinced that Hamilton hadn't followed what was agreed and understood before the race.

The fact that the Dutchman's pass for the lead was negated by going wide at the same corner was an unfortunate co-incidence.

In 2018, the last Bahrain GP on Charlie Whiting's watch, there was no mention of Turn 4 or track limits in his race director's pre-event notes.

It was the same for 2019 – and given that it was only Michael Masi's second race in charge at that stage his notes would obviously be a cut and paste of the previous year.

However before the start of last November's event, and after a lot of track limit debates in previous races, he issued notes which covered the Turn 4 exit in great detail.

He wrote: "A laptime achieved during any practice session or the race by leaving the track on the exit of Turn 4, will result in that laptime being invalidated by the stewards."

All that seemed pretty clear and logical, especially with regard to the race.

However, come Friday practice, it turned into something of a farce. No fewer than 17 laptimes were deleted in FP1 (including four by Hamilton), and then 16 were cancelled in FP2.

After a debate in that evening's drivers' briefing, Masi issued a revised version of his notes prior to Saturday's FP3 session. All of the above was deleted, and replaced with one key line. 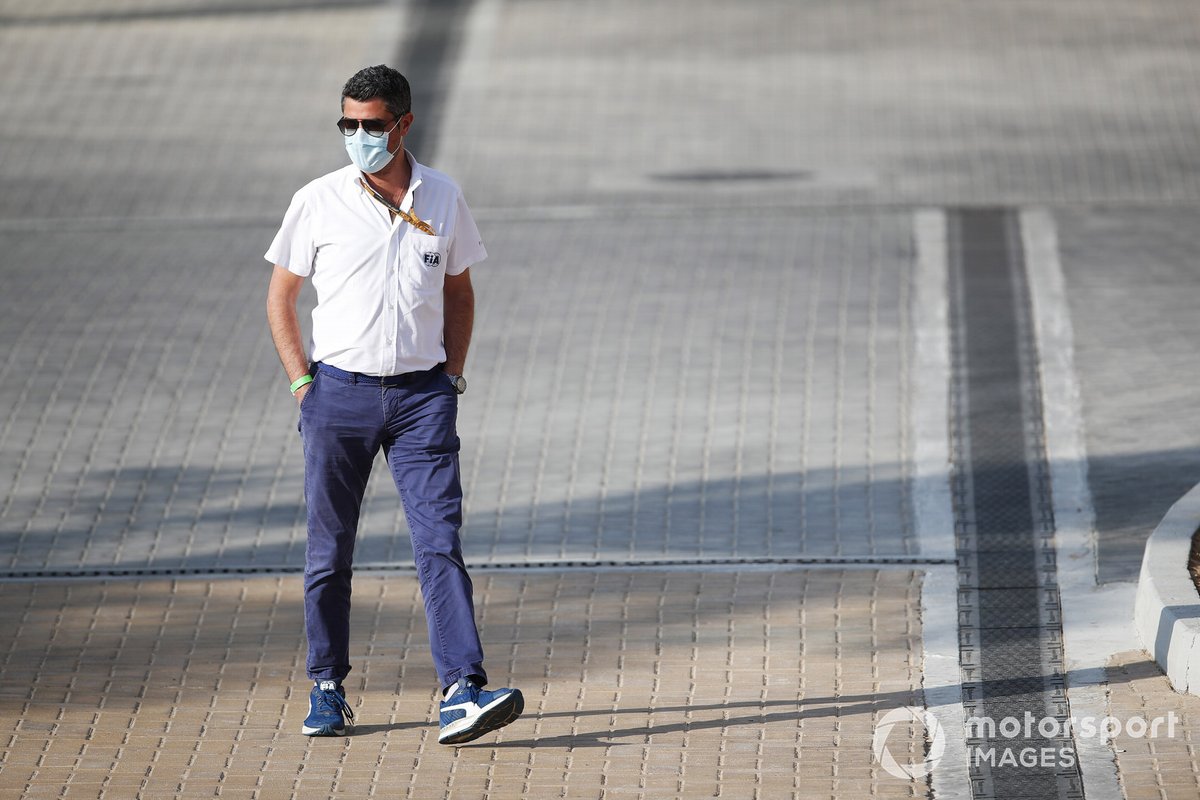 It appeared that Masi and his team had just accepted that they faced an impossible task – it was like letting the naughty kids get on with it.

"The track limits at the exit of Turn 4 will not be monitored with regard to setting a laptime, as the defining limits are the artificial grass and the gravel trap in that location."

He added: "In all cases during the race, drivers are reminded of the provisions of Article 27.3 of the Sporting Regulations."

That reference meant that Masi still had leeway to take action should he believe that a driver had gained a "lasting advantage."

With no instruction in place, there were no further deleted times in FP3 or qualifying, and come the race Romain Grosjean's accident meant that track limits issues slipped into the background.

However, after FP1 – and thus not as in 2020 following a debate in the Friday briefing, which comes later in the day – he again made a change.

The new interpretation was as follows: "A laptime achieved during any practice session by leaving the track and cutting behind the red and white kerb on the exit of Turn 4 will result in that lap time being invalidated by the stewards."

Drivers and teamed learned of this just before FP2, so not surprisingly, there were nine transgressions in that session, with Hamilton losing one laptime.

There were four more deletions in FP3 and then two in Q1, for Sergio Perez and Daniel Ricciardo. That low number showed that drivers had learned their lesson, and when it really mattered and they were right on the limit, they could stay on the track if they wanted to.

In fact, several of the FP2/FP3 deletions were for slow, long run laps – when you could argue that drivers were in race mode and knew that they would be allowed to run wide at Turn 4 on Sunday, and had little to lose by practicing the potential racing line.

And yet track limits did indeed become an issue during the race, albeit around an hour into it. Several times we heard Peter Bonnington tell Hamilton that he had been warned by race control, much to the driver's surprise.

His rival Verstappen was equally non-plussed when told that Hamilton had been routinely going wide at Turn 4. Indeed, his engineer suggested that he should do the same, at least until told to stop by the FIA.

"We can see as soon as Mercedes started to push they just used that part of the track," said Red Bull boss Christian Horner, "and we questioned with race control if that's the case, can we do it? 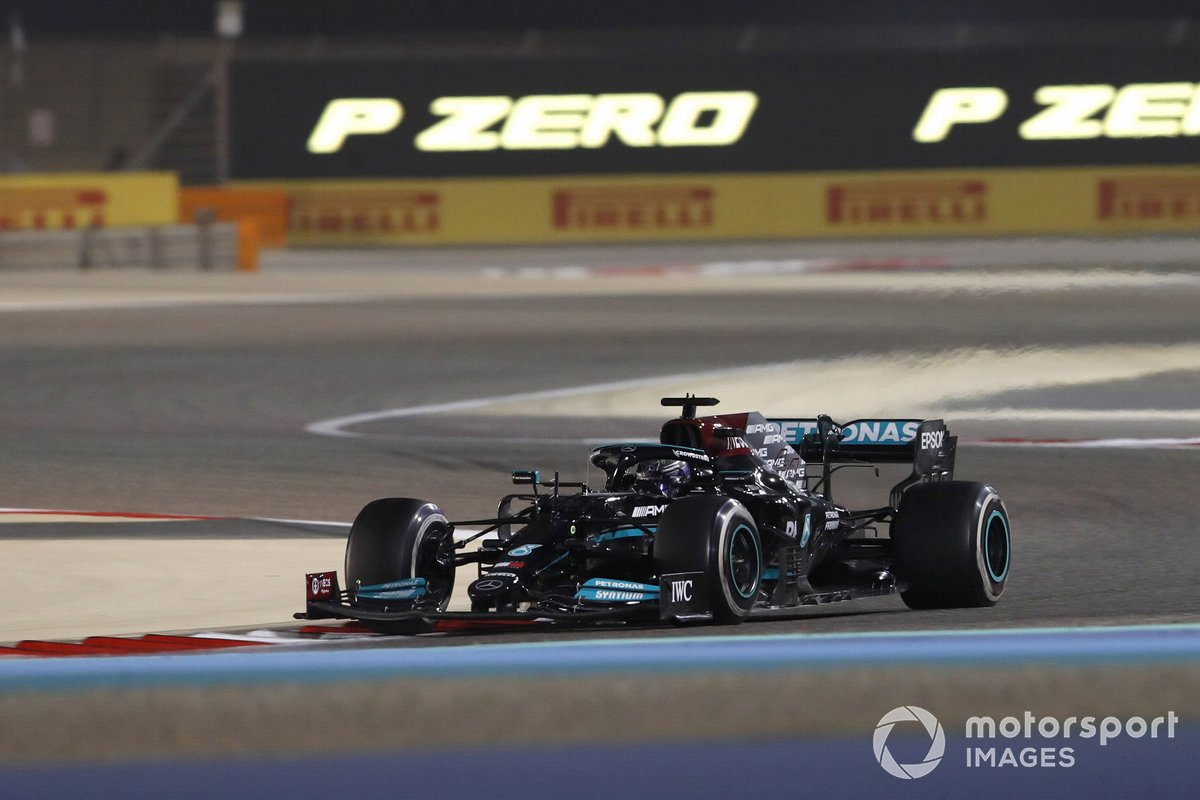 "There's a two-tenth advantage using that part of the circuit, so they did it lap after lap. The race director then asked them to respect the limits, otherwise they'd get a black and white flag."

Given the fine margins of the lead battle, this would already be enough to make track limits a key subject of conversation on Sunday – but then came Verstappen's pass for the lead. It was a brilliant move, and great racing, but the Dutchman ran wide at Turn 4.

It happened immediately after and not during the pass – as has sometimes been the case in previous instances of penalties or requests to hand back a place – and Hamilton wasn't giving him room.

However, the instant interpretation from race control was that he couldn't have completed the move successfully and fairly without going off the track.

"Red Bull were actually given an instruction immediately by myself," said Masi. "I suggested that they relinquish that position, as listed in the sporting regulations, which they did. It wasn't for exceeding the track limits, it was for gaining a lasting advantage by overtaking another car off the race track."

Verstappen got the message to hand back the place a few corners later.

Hamilton routinely going wide and the Verstappen pass were separate issues, albeit related by the fact that they involved the same contentious corner.

"Actually quite different and very clearly, specifically different," Masi explained after the race. "And consistent with both the notes and what was mentioned and discussed with the drivers in the drivers' meeting.

"Which was if an overtake takes place, with a car off track, and gains a lasting advantage, that I will go on the radio and suggest to the team that they immediately relinquish that position. And that was made very clear.

"With regard to the tolerance given to people running outside of the track limits during the race, it was mentioned very clearly in the drivers' meeting and in the notes that it would not be monitored with regards to setting the laptime, so to speak.

"However, it will always be monitored in accordance with the sporting regulations being that a lasting advantage overall must not be gained.

"As everyone saw the notes were updated between FP1 and FP2 as a result of what we were seeing. And it was made very clear that the practice and qualifying, that it would be all four wheels to the left of the red and white kerb.

"In addition to help the drivers based on some feedback from last year's event, there was originally only a white line across the other circuit variation, and red and kerb had been extended all the way across that to help them as much as help us." 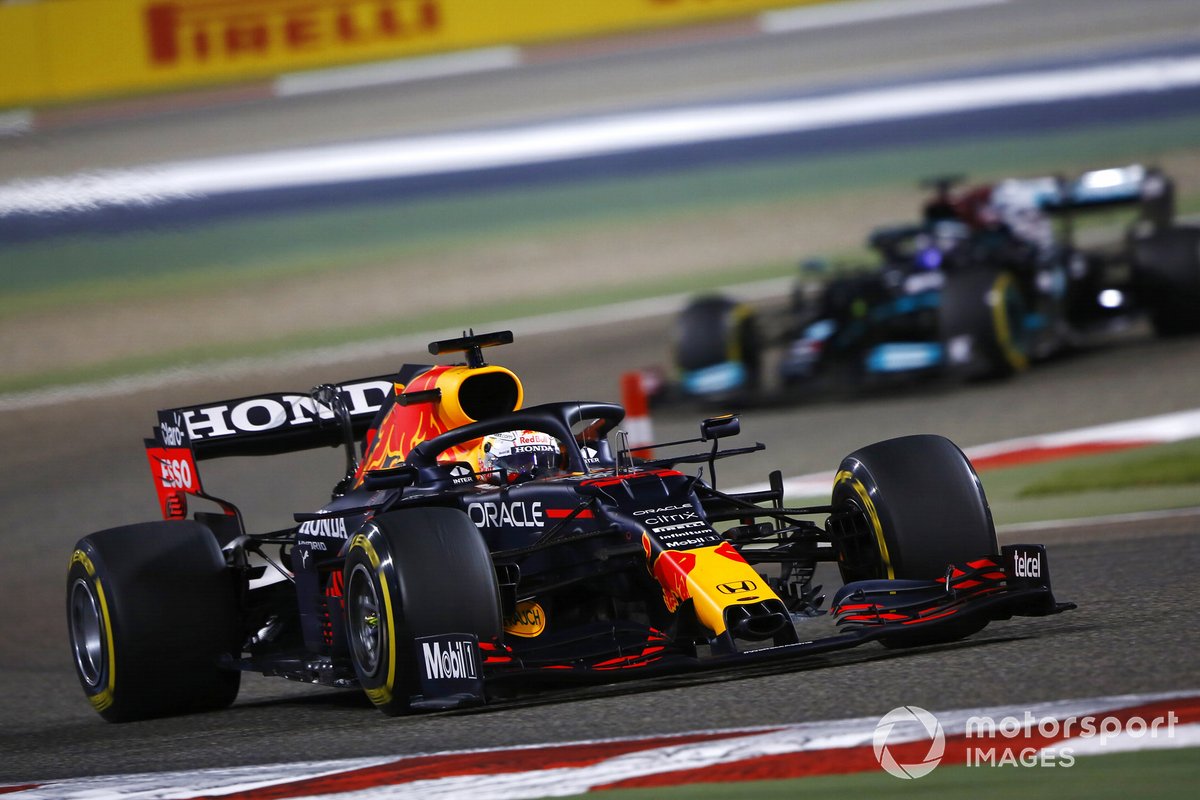 Masi insisted that contrary to the perception of drivers and team bosses, he didn't alter his approach as the race played out.

In essence, Hamilton was eventually reined in for doing it lap after lap – one estimate puts it at 29 times before he heeded the warnings – and perhaps prompted by that enquiry from Red Bull, Masi decided that the Mercedes driver had indeed overstepped the mark.

"Nothing changed during the race," he insisted. "Nothing changed at all. We had two people that were looking in that area, at every car, every lap, and pretty much every car bar one was doing the right thing within what we expected in a general sequence.

"There was the occasional car that had a bit of a moment that went out there or whatever it was, but it wasn't a constant thing."

The problem was the perception that the FIA's interpretation had changed, and that there was a lack of consistency, reinforced by the changes in Masi's notes over both the 2020 and 2021 race weekends.

Hamilton went into the grand prix convinced that drivers could do as they wish at Turn 4 in the race – but as Masi reminded them, he always has Article 27.3, and the gaining an advantage clause, in his pocket.

The issue is that in a sport where there are so many strict limits and regulations, and when as we saw on Sunday races can be won or lost by the slenderest of margins, exactly when that joker would be deployed was basically down to when Masi felt enough was enough. And that limit was not sufficiently clear for the teams and drivers.

The irony is that Masi's initial notes for last year's race – dropped after a debate with the drivers on Friday and thus not actually applied for the grand prix – contained a clause that would have provided the clarity that everyone always seeks.

"On the third occasion of a driver failing to negotiate Turn 4 exit by using the track during the race, he will be shown a black and white flag, any further cutting will then be reported to the stewards."

Similar words have been in the race director's notes at many other recent events where track limits are an issue. Had they been in force on Sunday, the post-race conversation might have been very different.

How the 'Great F1 Rake-Off' delivered a Bahrain GP showdown