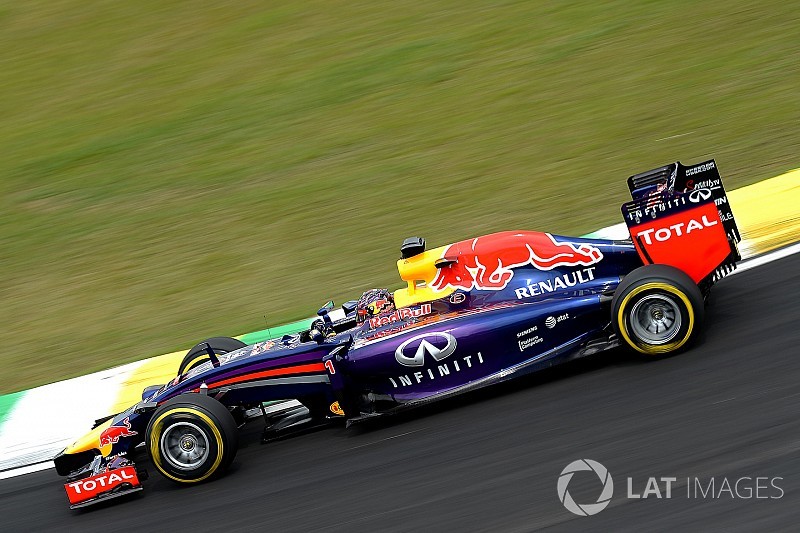 The dissolution of the Red Bull-Renault Formula 1 partnership risks leaving an ultra-successful grand prix racing combination with a corrupted legacy.

Red Bull team principal Christian Horner could be referring to any number of achievements when, in his team's announcement of its switch to Honda engines for 2019, he mentioned enjoying "some incredible moments" with Renault.

A first year with Cosworth (a legacy of its takeover of the Jaguar team) and one season with Ferrari power was followed by 11 seasons with Renault, a partnership that began thanks to Adrian Newey eyeing the packaging benefits of the French manufacturer's engine.

Renault has since helped Red Bull to 57 grand prix victories, a bigger tally than either Ferrari and McLaren have managed since the energy drinks company spawned its F1 team in 2005, and 113 podium finishes.

The potency of the partnership is best underlined by the run of four consecutive drivers' and constructors' world championship doubles in F1 from 2010 to 2013, and statistically it will be remembered as an all-time great.

Red Bull and Renault have more wins together than McLaren-Honda and Lotus-Ford and an almost identical tally to Williams-Renault, but its union will not be remembered with anything like the fondness afforded to those others thanks to the tensions that have dominated the last few years of its existence.

That Renault played a part in Red Bull's ultra-successful title run with Sebastian Vettel is indisputable, particularly with its role mastering the blown diffuser in 2011, though it was also aided by a period of frozen engine development.

However, the switch to V6 turbo-hybrid engines shifted the balance of power firmly to the ultra-prepared Mercedes engine operation, and Renault slumped to a distant third-best with its new power unit.

Red Bull managed to win three grands prix in 2014, all with Daniel Ricciardo, but Vettel's departure to Ferrari and a troubled Renault engine redesign led to a win-less 2015, which led to a public fallout with tangible consequences.

That led Red Bull to consider an early termination of its contract with Renault, and triggered dalliances with Mercedes and Honda that came to nothing at the time.

A new deal was negotiated between Red Bull and Renault beyond 2016, but it came at a price: Red Bull split from long-time sponsor Infiniti to partner with Tag Heuer, and would name its engines after the luxury watch brand as part of Red Bull's desire to give the Renault-Nissan alliance, which includes Infiniti, no marketing activity.

The relationship improved in 2016 and, in between Max Verstappen winning on his Red Bull debut in Spain before Daniel Ricciardo adding a second victory in Malaysia, it was extended again through to the end of 2018, alongside Red Bull's junior team Toro Rosso.

By the end of 2017 Red Bull and Renault had won another three races in the face of Mercedes and Ferrari superiority, but the point-scoring political battle continued in the form of ongoing digs from Red Bull at Renault's performance and development stagnation, and from the French manufacturer about how its customer handled its communications.

The first casualty was Toro Rosso, which switched to Honda for 2018 as part of a complicated merry-go-round that extracted McLaren from its exclusive Honda supply.

Red Bull and Renault had made noises about extending its deal again to the end of 2020 and though this appeared to be on the ropes by the end of 2017, this year Renault has regularly stated a desire to continue.

Despite that the relationship has remained adversarial, with public disagreements over when a decision needed to be made for 2019 and Renault then claiming Red Bull was not getting the most out of its engine upgrade because of its independent fuel supply.

This happened against a backdrop of Red Bull using Toro Rosso to evaluate Honda as a credible option, and a decision was expected by Red Bull's race in Austria before being accelerated and announced ahead of this weekend's race on Renault's turf in France.

That cemented the end of the Red Bull-Renault alliance and will predominantly be viewed as the final chapter in a long-running and, at times, toxic saga.

This overshadows the enormous success the two parties have achieved together, though perhaps in time the partnership will be afforded the respect its achievements deserve.

Is F1 missing easy ways to fix its on-track problems?