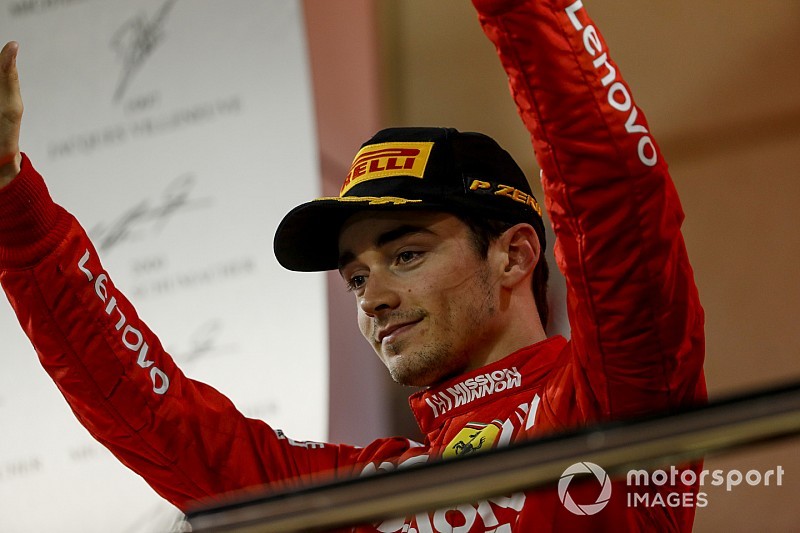 Third place does no justice to Charles Leclerc's Bahrain Grand Prix. This was a weekend in which he repeatedly showed why he will reset the Formula 1 pecking order not just in the long term, but in the 2019 title battle

History will record the 2019 Bahrain Grand Prix as another victory for Lewis Hamilton, his 74th. Considering he was in the second-fastest car and forced Sebastian Vettel into a mistake in battle to ensure he inherited the lead late in the race, it was a fine win.

But what the record books won't reflect is that this was the moment a star was born in Charles Leclerc, whose maiden Formula 1 podium deserved to be a victory of consummate skill worthy of Hamilton at his best. That Hamilton magnanimously raised his hand as he apologetically passed the stricken Ferrari tells you everything you need to know.